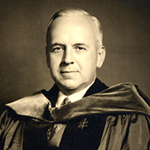 Edmund Ezra Day (1883-1951; dean, 1922-1927) was a child of New England, born in New Hampshire and educated at Dartmouth and Harvard, where he earned a PhD in economics. A specialist in statistics, he taught at both of his alma maters.

Day was one of a cadre of influential economists who began to call for dedicated academic programs in business administration to serve the needs of an increasingly complex industrial economy. His ideas attracted attention in Ann Arbor, where U-M leaders were planning to launch a business school. In 1922, Day accepted the regents’ invitation to become the School of Business Administration’s founding dean. 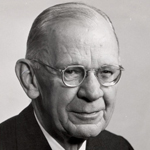 Clare Griffin (1892-1979; acting dean, 1927-1929; dean, 1929-1944). Griffin was Michigan-born and bred, a native of Traverse City who went to Albion College before earning his doctorate in economics at the University of Illinois. Like Dean Day, he was an Army statistician in World War I. He joined Michigan’s faculty in 1919 and became the university’s first professor of marketing when the Business School was founded.

Griffin’s long deanship spanned years of national crisis. In response to declining enrollments during the Great Depression, he boldly raised admission standards and recouped the loss of students. In the wake of the School’s Bureau of Business Research, started in 1925, Griffin developed the Bureau of Industrial Relations to explore better strategies for management-labor cooperation. These were critical steps in building the school’s reputation for strong relations with the business community. Griffin’s tenure also saw the appointment of its first woman faculty member — Margaret Elliott Tracy, a Radcliffe PhD who was professor of both economics and personnel management. 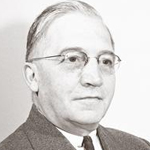 Russell A. Stevenson (1890-1980; dean, 1944-1961) was the first U-M alumnus to lead the Business School. A native of Muskegon, Michigan, he was appointed dean after developing the University of Minnesota’s business school into one of the nation’s largest.

With enrollment surging after World War II, Stevenson planned and oversaw construction of a new home for the Business School on Monroe Street — a state-of-the-art facility with two wings and a nine-story tower. The new building, which opened for classes in 1948, welcomed growing numbers of business students at the bachelor’s and master’s levels. Under Stevenson, course offerings and library holdings expanded dramatically, with training added for students intent on careers in small business. Ties to business were strengthened through frequent campus visits by corporate leaders. 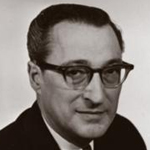 Floyd A. Bond (1914-2005; dean, 1960-1978) Raised on a potato farm near Pontiac, Michigan, Bond worked his way through U-M to earn a BA, MA and PhD in economics. He returned to his alma mater as dean of business administration after building a strong reputation as a teacher, scholar, and public administrator.

Under Bond, executive education courses were extended to cities across Michigan. Ford Foundation grants allowed the creation of an Institute for International Commerce. When state funding lagged, Bond spearheaded drives to raise private funds for the construction of a new assembly hall and the Paton Accounting Center. All this was achieved at a time when business was often the target of student protests. Bond was recognized for his steady stewardship in difficult times, and by the end of his tenure, business enrollments were rising steadily. 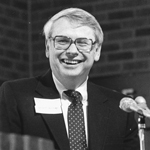 Gilbert R. Whitaker Jr. (1931-2007; dean, 1979-1990) A native Oklahoman with a PhD in economics, Whitaker was recruited to the deanship with a charge to raise the Business School’s reputation. By the time he left the post just over a decade later, Michigan ranked among the nation’s best programs.

Whitaker invested heavily in human and intellectual capital. Pioneering professors were hired and encouraged to break new ground in research. He helped the Business School to forge joint-degree programs with U-M units ranging from Public Policy to Natural Resources to Chinese Studies. Enrollment during his tenure doubled to 600 undergraduates and 1,500 graduate students — the most culturally diverse group of MBA students at any U.S. business school. And the Business School’s endowment rose from $3 million to $25 million.

After his deanship, Whitaker served as Michigan’s provost and vice-president for academic affairs, then returned to his undergraduate alma mater, Rice University, to lead its Graduate School of Management. 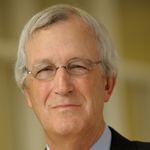 B. Joseph White (1947- ; dean, 1990-2001) White’s deanship followed unusually rich experience in higher education and private business. Educated at Georgetown University’s School of Foreign Service, Harvard Business School and Michigan (PhD in Business Administration), White served six years as vice-president of Indiana-based Cummins, Inc., then taught at the Business School for four years before his appointment as dean. He was recognized as an expert on leadership and corporate governance.

Among White’s key innovations was the Multidisciplinary Action Projects (MAP) course, which established Michigan’s reputation as the nation’s leader in business curriculum reform. “Action-based learning” soon extended to all of U-M’s business programs. Continuing initiatives launched by Dean Whitaker, the Business School under White recruited the most diverse student body of any accredited MBA-granting school. By 2000, nearly half of BBA and more than a quarter of MBA students were women, and Michigan (with Harvard) led all business programs for the highest number of women faculty.

White served as U-M’s interim president in 2002 and later as president of the University of Illinois. 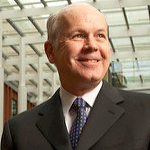 Robert J. Dolan (dean, 2001-2012) Dolan, a nationally recognized authority in product policy and pricing, taught at the University of Chicago and Harvard before his appointment at Michigan.

His deanship will likely be remembered most for the transformational donation he negotiated with the real-estate giant and Michigan alumnus Stephen M. Ross, whom Dolan persuaded to give $100 million for a new home for the Business School, the largest gift ever to a U.S. business school to that date. The 270,000-square-foot building, an architectural masterwork, helped to propel the renamed Ross School of Business to the very top of BBA and MBA rankings during Dolan’s term. Among his other achievements were expansions of external MBA programs and action-based learning programs. 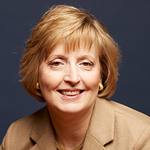 Alison Davis-Blake (1958- ; dean, 2011-2016) The first woman dean, Davis-Blake came to Michigan with a Stanford PhD in organizational behavior and a distinguished academic record as an expert in strategic human resource management. Before coming to Michigan, she was the highly successful dean of the Carlson School of Management at the University of Minnesota.

Davis-Blake introduced important innovations in all of the school’s degree programs, gaining significant media attention for rethinking the BBA program. She substantially expanded the school’s global footprint by creating 22 new global partnerships. During her term, the school once again led all business programs in the proportion of women faculty.  By raising over $300 million, she was able to support new academic initiatives such as the Sanger Leadership Center and the Och Initiative for Women in Finance and to continue the school’s physical transformation with the reconstruction of Kresge Hall and the construction of Jeff T. Blau Hall, named for the donor, an alumnus of the BBA program. 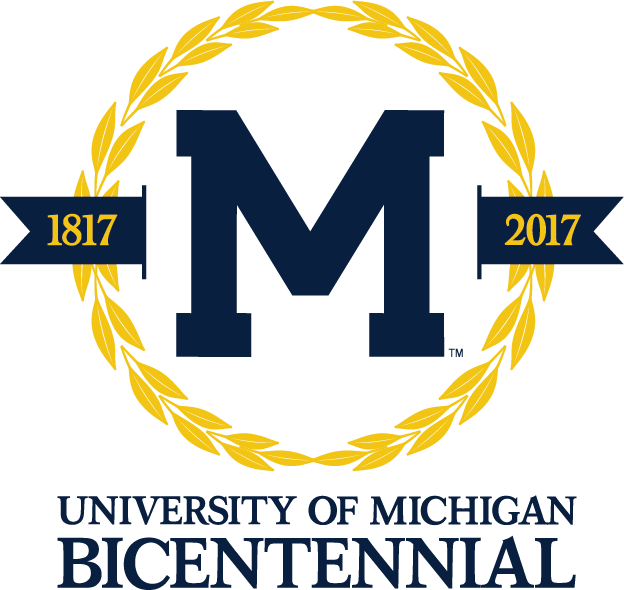