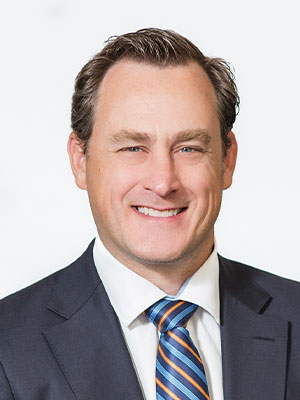 Jay Soave is currently a principal at MedCraft Investment Partners, a real estate private equity fund focused on the acquisition and development of medical office buildings throughout the United States.  MedCraft has acquired nearly $300M in assets and developments over the past 18 months with the goal of acquiring an additional $500M over the next 12  months.  Prior to launching MedCraft, Jay was a Managing Principal and founder of Cadence Capital Partners – a real estate capital intermediary, primarily focused on raising equity for real estate projects throughout the United States.  During its 4 year existence, Cadence raised nearly $1B in debt and equity, primarily from large institutions and family offices.  Cadence was sold to Matthews Real Estate Investment Services in 2021.

Prior to Cadence, I specialized in the structuring, negotiating and closing sophisticated transactions for 18 years as a tax attorney, representing over $15 billion in gross value.  Jay was a Managing Director Transactional Tax in Tishman Speyer's New York office for 9 years and advised on projects such as the acquisition and syndication of two Hudson Yards developments, representing 4 million RSF, the $750M recap of Boston’s One Federal Street, the $750m acquisition of Chicago’s 10 & 30 S. Wacker and the $340m privatization of the Tishman Speyer Office Fund, an Australian REIT. Before Tishman Speyer, Jay worked as an attorney in the Chicago offices of Skadden, Arps, Slate, Meagher & Flom, Kirkland & Ellis, and Baker & McKenzie. Jay received both his B.S. Engineering (1998) and J.D., magna cum laude (2001), from the University of Michigan.