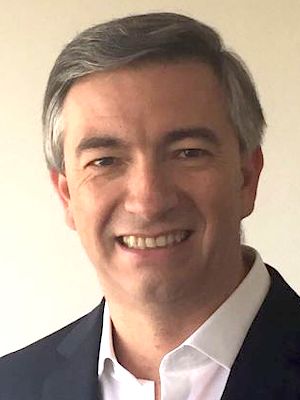 Juan Carlos is a Board Member at Colbun, Banco Bind. He has had a very diversified corporate career. Before becoming one of the first consultants in Latin America hired by McKinsey directly as Partner, JC was CEO of larger companies for over 8 years and board member in more than 25 companies over 10 years.

His corporate career began at Citi Corporate & Investment Banking and after MBA graduation had a career of 12 years at LATAM Airlines Group where he has many senior positions in Sales and Marketing, Operations and led several business Units. His last role was CEO South America where the lead the merger of LAN and TAM Airlines in Latin America, the combined company was in 2013 the largest airline by market cap in the world and the only company from Latin America leading its industry globally. After Latam Airlines he took the CEO position of the largest real estate company in south cone of Latin America where he lead a full turn around.

As a board member and chairman of the Board JC has been involved in many sectors from banking, public transport, real estate, dealerships, airline and diversified groups in Argentina, Paraguay, and Chile.

He created and then led the Ross Alumni club in Chile for more than 10 years where he hosted annual recruiting events, celebrations events including the Michigan Day (an all-UM school for alumni and their families) and many rich and relevant events. Now He is a past president of the Chile Alumni Club.

JC is also the founder of School of Tech (www.sot.cl), a Chilean startup whose core business is developing and running technology camps for kids and teens and helping the basic and middle schools to incorporate technology and coding in their core curriculum.

JC has two children Sebastian (19) and María (16, born in Ann Arbor) and enjoys playing tennis and golf and traveling.