First Person: How I Turned a Family Tragedy into a Business That Gives Back 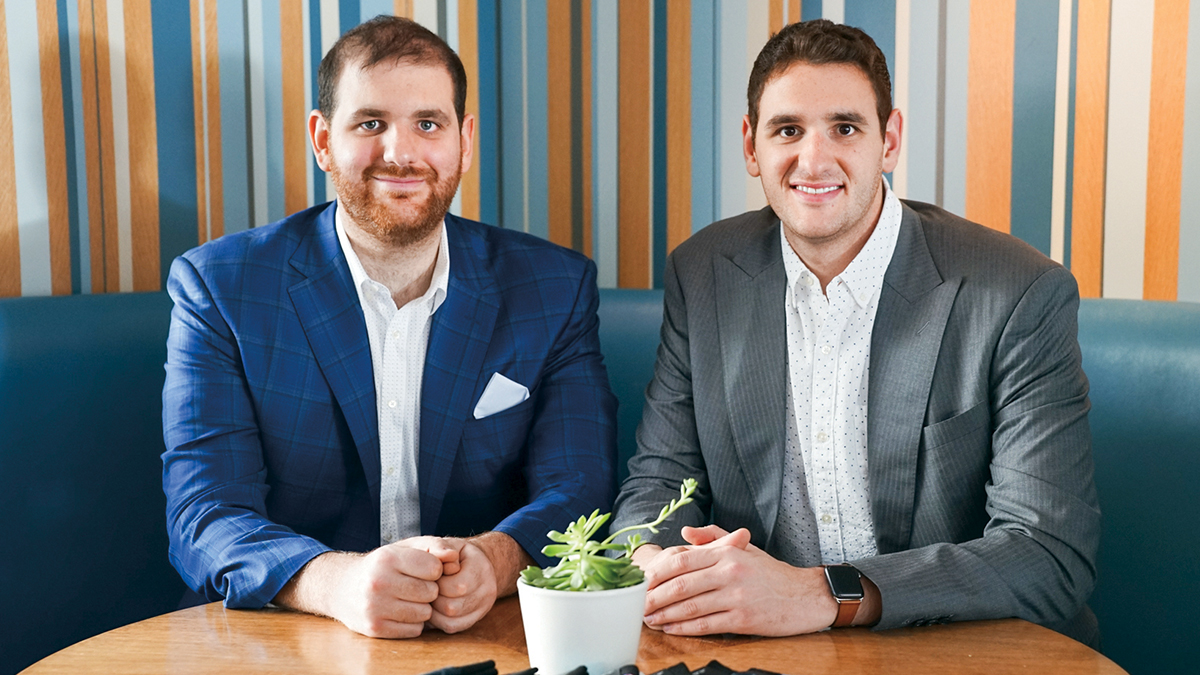 My twin brother Mike and I – nicknamed “Twin Towers” for our height – went with our mother to hospitals in Manhattan to find out any information in the hope he might still be alive, and to pass out supplies (including socks) to first responders. We never found him, but our story (and our connection to socks) didn’t end that day.

As we grew up, we were able to lean on an organization called Tuesday’s Children, which formed to support children who lost parents on Sept. 11. It helped in the immediate aftermath of our loss with grief counseling, but it also provided us support as we grew up, helping with our college applications and resumes – things that our father would have done with us.

So when we decided to start a business, we knew that we wanted to give back to Tuesday’s Children, which is still very active. Although its initial goal was to support 9/11 kids like us, its services are still needed, and it provides support to communities after other tragedies, like mass shootings.

My company is called Tall Order, and we specialize in making socks for men who don’t fit comfortably in standard-sized socks. I was always jealous of friends who were able to wear fun, fashionable socks. But when I would go to stores that could accommodate my size, such as big & tall stores, the wildest pattern I could find was the occasional argyle.

Launching my own company wasn’t initially my goal. I always thought that working for corporate America was the only way to go. But when I was working at Bloomberg, my clients would always joke with me, saying: “What are YOU doing here?!” They were poking fun at my height – I’m 6’9” and people often assume I play professional basketball. But as I started to feel less fulfilled with my work, I began to ask myself the same question: What was I doing there? I was always good at my job, and I enjoyed it, but it was lacking meaning.

I launched Tall Order just last year, in September 2017. It’s been a wild ride, full of surprises – many of them good ones. This summer we saw strong demand, which was exciting because summer isn’t usually the time when people are buying socks. We’re even expanding our size options, offering some patterns in smaller sizes, because we believe every man deserves to “stand tall.” We are hoping to make more clothing options, such as sleepwear and women’s wear, in the future.

My business gives 10 percent of its profits to Tuesday’s Children, and it’s also partnering with other nonprofits to support their operations as well. I personally believe business has more responsibility than just making profit and fulfilling a bottom line. I fully believe a business should be involved with its community and its stakeholders, and that it should have some sort of mission and central purpose as to why it operates every day. Consumers agree, too: they like to buy products when they know not only the story behind it, but they feel like they’re part of the mission as well.

Every eye-catching sock collection we’ve created is named for a friend of my father’s, and represents his personality in some way. For example, Kenny’s always in motion, so that’s why there are swirls on our “Kenny” sock. Our “Bim Collection” recognizes the close group of friends he had growing up in Valley Stream, NY, while the  new “Gold Coast Collection” pays homage to the many friends he had from college and post-grad who hailed from Long Island’s “Gold Coast.” We are still close friends with all of these men across the two groups.

Creating these products has been an incredible way to honor my father. My brother and mother also work with me, which truly is a huge blessing. Our skill sets are very different, and they complement each other. We are all very committed to making this as successful as possible. I couldn’t do this without them, and I know our dad would be proud of the work we’re doing.

The biggest thing I’ve learned from this experience so far is that you want to work on something that truly inspires you. Towards the end of my time at Bloomberg, I wasn’t passionate about my work. I didn’t see the significance of everything that I was doing. And now I can see the significance, the near and long-term payoff, of every single decision I make. It’s been a great ride so far, and we’re so excited to see where it goes from here.

Living Business Leadership Experience
20 Questions: Rachel Gutierrez
First Person: How I Turned a Family Tragedy into a Business That Gives Back
Changing the Future of Flight
Connecting Local Farmers with Customers
Michigan Ross Exceeds $400 Million Capital Campaign Goal
Michigan Ross Announces Part-Time MBA: Online
We Are Michigan Ross and Our Programs Are Among The Best in the World

Getting the Lead Out: Data Science and Flint Pipes
Independent Businesses Measure Up Against Franchises