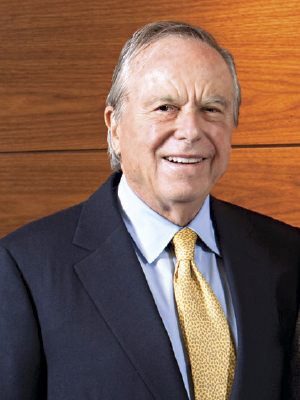 A longtime member of the U-M President’s Advisory Group, he has served on U-M's Investment Advisory Committee since it was founded in 1990. He served on the campaign for Michigan National Leadership Committee in the 1980s and co-chaired the Michigan Difference campaign. He and his wife, Jeanne, currently serve on the steering committee of the $4 billion Victors for Michigan fundraising campaign.