The Delicate Dance of Technology and Labor 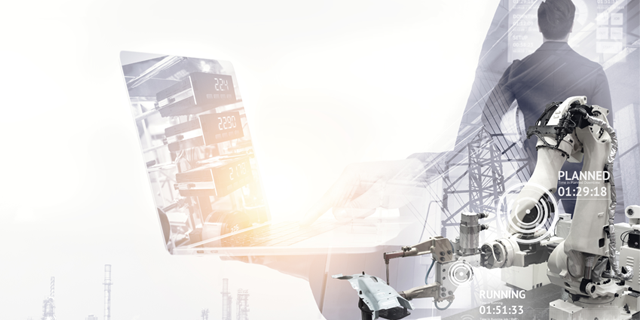 Can technology cause structural unemployment? Economic theory and data from the past couple of centuries suggest that the answer is no.

The productivity gains and lower prices spurred by technology free money to be spent elsewhere, increasing demand for other products and creating enough new jobs to offset the losses.

So the theory goes. But Professor Mohamed Mostagir, in a talk at the 2016 SXSW Interactive conference, notes that technology may be advancing so rapidly that a sizable chunk of the workforce can’t be retrained with new skills fast enough.

There’s anecdotal evidence of a rising skills gap — employers can’t find people with the right skills for available jobs — and growing income inequality. At the same time, machines are getting better and smarter, replacing more and more human jobs.

That’s why quantifying the skills gap and exploring the possible solutions — both educational and societal — suggested by the data is the new frontier of Mostagir’s research.

“I don’t think just continuing what we’re doing now is a good option,” says Mostagir, assistant professor of technology and operations. “There are lot of new technologies, such as self-driving cars and advanced neural networks/deep learning, that need to be perfected before we get to a point where it causes mass, structural unemployment. Now is a good time to study this so we have smart answers when we get there.”

For the past decade, recruiting and consulting firm Manpower has surveyed employers about the skills gap. The firm found in 2015 that 38 percent of employers worldwide had difficulty filling jobs, a 2-point increase from the previous year.

There is also a major debate that has arisen in the U.S. over the impact of raising the minimum wage. The argument against raising precipitously to, say, $15 per hour, states that restaurants and other retail businesses will quickly move to automation where they can.

Some analysts, experts and economists, however, aren’t convinced that the gap is a major driver of unemployment, or that it even exists. The differences of opinion seem to stem from a lack of a good definition of what the skills gap is.

“We need a meaningful way to address the skills gap and that means we need to define it and quantify it,” Mostagir says. “We also need to measure it across populations and sectors. Take healthcare as an example. That’s a field with vacancies that don’t require a college degree, but do require a certain level of training — clinical lab technicians, for example. What level of skill is lacking? And how do we get people there? I’m not aware of a way, yet, to put a number on it, to ‘operationalize’ it.”

Measuring the skills gap is the first step toward informing the right policies and changes, Mostagir says. It will still take changes in education and social policy, though, to adjust to the new realities.

“If you look at education, we’ve been teaching people the same things and mostly in the same way for the past 20 years or so, as if the skills demand never changes,” he says. “At Ross, I know we are asking companies more pointed questions about the skills they need so we can best match our curriculum to current and future needs.”

That problem isn’t necessarily new. What has changed, though, is that new skills become outdated faster than ever.

“People say ‘we have to retrain workers,’ but you can’t just wave a wand and endow someone with skill,” says Mostagir. “It takes time and resources, and by the time training is done the demand may have changed.”

For example, the future of work will likely involve close human-to-machine interaction, even in the creative fields of art, design, photography, graphics, and writing. Mostagir says a system that can continually measure the new skills needed and predict them accurately will be a useful guide for educators.

“It’s becoming clear the combination of machine and human is highly efficient and effective,” he says. “Supercomputers have been able to beat people at chess for a long time, but there are instances where a mediocre chess player and a mediocre machine will beat the individual supercomputer. It appears the speed of the machine and the decision-making and pattern recognition abilities of humans make a great combination.”

Likewise, social policy will have to address worker displacement and training. The idea of providing people with a universal basic income — once proposed by economist Friedrich Hayek — has received renewed attention, including from a few libertarian-leaning conservatives. Providing a subsistence cash amount does away with a lot of the welfare-state infrastructure, yet keeps a social safety net.

“The job displacement rate is going to go up, and the first people hit are usually those with few other options,” he says. “That’s why it is important to study the effectiveness of these programs now.”

Though this line of research might seem more in the realm of economic policy, Mostagir, who is trained in both operations and economics, thinks looking at these problems from an operations perspective might be the best way of attacking them.

“Operations is really the science of making things better,” he says. “It’s not only about streamlining supply chains or making airlines more profitable. We need economists to describe what’s happening and propose high-level solutions. But the nuts and bolts is where operations comes in.  Labor markets could benefit a lot from optimization, and I believe our field is in a position to make a meaningful and lasting impact on how these markets are run.”