Michigan Ross faculty weigh in on the critical issues facing the next president — whomever that may be.
Thought in Action
Share 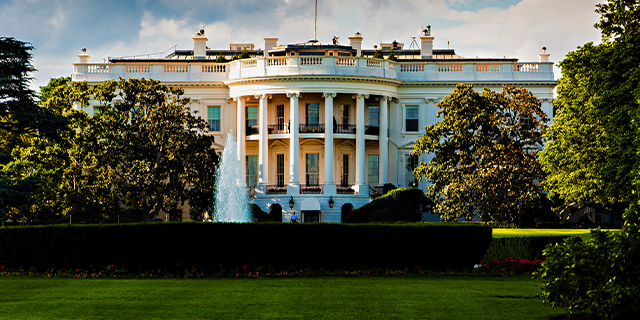 To call this presidential election season unusual is an understatement. But once the race is over, there will be a new resident in the White House with a laundry list of serious policy issues to address. No matter who wins, he or she will need to focus considerable time on national security in the face of terrorist attacks, but also healthcare, trade, taxes, income inequality, and energy policy, just to name a few.

We asked Michigan Ross faculty with expertise in these areas of business and the economy what they would tell an incoming president. One thing is clear from these policy prescriptions: The solutions won’t be an easy political pill to swallow.

Promises Will be Hard to Keep

Few campaigns go by without promises of tax relief to one income group or another, depending on the candidate. But living up to those promises invites problems, says Professor Joel Slemrod.

“I’d advise caution about tax cuts inevitably promised during the campaign,” he says. “While the short-term fiscal situation has stabilized, over the long term there is a gaping fiscal imbalance because the cost of the promises in the Social Security and Medicare programs greatly exceeds the taxes in place now to fund them. Because the real income of everyone except those at the top has stagnated, the tax system should be used to lean against — but cannot be expected to eliminate — this secular trend toward greater inequality. Higher income tax rates aimed at top earners can achieve this without endangering growth.”

“The president should reform, with renewed vigilance, the way we tax corporations and adjust it to the changing global environment to address erosion of revenue via tax havens.”

Keep It Free But Include Assistance

“The TPP and TTIP will lower foreign barriers to U.S. exports and ensure greater competitiveness and fairer competition for U.S. businesses at home and abroad,” says Lim, professor of strategy. “I see these agreements strengthening intellectual property rights while raising household consumption and living standards by maintaining low inflation.”

But while she urges full steam ahead on those free-trade pacts, she also would advise the new president to expand trade and technology adjustment assistance for the businesses and workers negatively affected by the agreements.

“He or she should expand trade adjustment assistance and other policies to help workers and businesses that need them,” she says. “Import-impacted firms would get help to develop new markets and improve productivity while workers would get retraining and relocation grants. Unfortunately, the budget allocation is wholly inadequate, and this together with slower macro growth and technological change is a major reason for the anti-trade sentiment on the campaign trail.”

The solutions might be politically difficult, but income inequality cannot be ignored for much longer or volatile social unrest will follow, says Professor Wally Hopp. The percentage of total income received by the top 1 percent of Americans has risen from 8 percent in the 1970s to 20 percent today.

That’s not sustainable, nor is it at all healthy for the economy as a whole.

“Technology and globalization are profoundly transforming work in America,” says Hopp. “Blue and white collar jobs alike are being automated, offshored or both. But our political process has failed to address the needs of the middle class and has instead given us tax regulations, labor laws, and trade agreements that tilt outcomes in favor of the economic elite. As a result, we have reached levels of income inequality not seen since the Gilded Age.”

Hopp — associate dean for learning design, C.K. Prahalad Distinguished University Professor of Business and Engineering, Herrick Professor of Business, and professor of technology and operations — says consolidating income at the top slows the velocity of money though the economy because those people spend it more slowly than working people.

“If things continue as they are, it won’t be long before anger leads to full-blown social revolution,” he says. Indeed, look how far two “disruption” candidates — Donald Trump and Bernie Sanders — have come this year. “To avoid this, we need the new president to rebalance government policy in favor of the middle class by increasing the minimum wage to ensure that no one working full time lives in poverty, increasing support to education to help people train and retrain for jobs in the knowledge economy, and significantly investing in infrastructure to create jobs and the basis for a robust economy in the future.”

The Affordable Care Act (ACA) was a centerpiece of Obama’s policy agenda. Though it’s unpopular with many Republicans, Professor Thomas Buchmueller says the new president should push it onward with improvements.

“I would urge the new president, as well as the Congress, governors and state legislators, to build on the Affordable Care Act to further advance the goals of expanding insurance coverage and controlling healthcare costs,” he says. “Although more than 20 million Americans have gained insurance since the law was signed in 2010, there are still about 30 million who remain uninsured. Further coverage gains can come from more states adopting the ACA’s Medicaid expansion and by improving take-up in states that have already done so. Expanding take-up could be done by more aggressive outreach and education. The experience of Michigan illustrates how expanding coverage can benefit a state's population and its economy."

Buchmueller, Waldo O. Hildebrand Professor of Risk Management and Insurance and professor of business economics and public policy, says the new administration and Congress should rigorously pursue a cost-control strategy.

“Controlling costs requires a multipronged strategy that includes vigorous enforcement of antitrust laws to prevent providers from accumulating and exploiting market power,” he says. “A rare area of agreement among Democrats and Republicans in Congress is that many would like to repeal the ACA’s high-cost health plans. But this ‘Cadillac tax’ is a key element of the law’s strategy for controlling costs. It should be left in place and given time to work.”

Put a Price on Carbon

The next president needs to take serious, fast steps to address climate change, and the best way to do that is to set a price on carbon, says Professor Tom Lyon.

“We know price signals work. Just look at how quickly cheap natural gas has displaced coal in the electricity market, or how car buyers switch to efficient cars when gas prices soar and back to gas guzzlers when prices plummet,” he says. “Do what economists have been advising for decades — put a price on carbon that is high enough to motivate change, say $50 a ton.  That would be enough to make nuclear power — still the only scalable baseload carbon-free option — economically viable against natural gas, even for existing nuclear units. And we should ramp up R&D into next-generation nuclear plants, which will be safer and generate less waste.”

Lyon, Dow Professor of Sustainable Science, Technology and Commerce and professor of business economics, also says that should be part of a wider overhaul of energy policy.

“Cancel the corn ethanol subsidy, even if Iowa farmers complain,” he says. “Increase  R&D on technology that goes beyond carbon-free and actually removes carbon from the atmosphere. Work with developing countries to make sure they have cleaner alternatives than coal.”