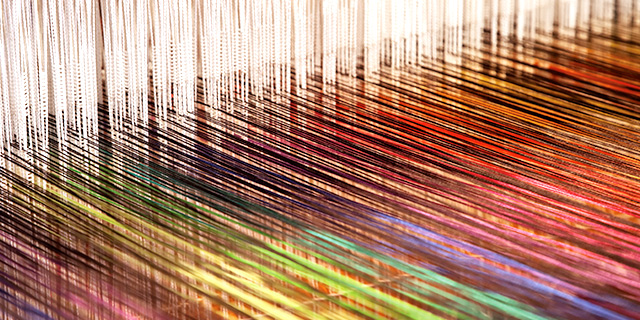 With automation threatening blue-collar production jobs, there’s a push to increase soft-skills training — problem solving, stress management, communication, and teamwork — to make sure people are ready for jobs of the future.

Robots might be able to build much of your car, for example, but the automotive company still needs sales representatives and customer service. The U.S. Department of Labor even has a “Soft Skills to Pay the Bills” curriculum to prepare young people for future jobs.

But what about people in the jobs of today? Do they benefit from soft-skills training? If a company does provide this training, is there any payback?

“There’s an idea that soft skills only matter for executives and team leaders,” says Adhvaryu, professor of business economics and public policy. “Our findings suggest that this isn’t at all the case — these skills matter for front-line workers in a big way.”

He and colleagues Namrata Kala of MIT and Anant Nyshadham of Boston College wanted to quantify the social benefits of this training as well as the effects on workplace outcomes such as productivity and retention.

“There’s a lot of interest in understanding how soft skills translate into productivity, and whether it’s possible to teach these inside or outside of the workplace,” he says.

“Researchers have historically thought of soft skills as innate and immutable, but we know now that it’s possible to build these skills even as an adult.”

The setup was perfect for a randomized controlled trial. There was more interest in the program than there were available spots, so the company held a lottery to determine who participated. That created a natural control group — workers who were interested in the program but did not win the program lottery.

The program lasted 11 months. The researchers compared outcomes for treatment and control workers — all of them women — both during the program and for a year after.

“Anecdotally, we observed that women were often timid, especially in large group environments and while talking to their supervisors, but that changed dramatically by the end of the program," he says. “They were engaged in role plays, discussions, and group communication. Why is that important? There were times when, for example, a part on their machine was worn out but they were too timid to speak up about it until it broke down and the supervisor became upset. After training there was more non-confrontational and thus effective communication between both parties.”

The return on investment to the company was staggering.Employees who completed the training were more productive by seven percentage points over the control group, even while the work they performed was more complex. They were also more likely to stay with the company and worked more days during the program period.

The overall net return on investment for the company was 250 percent. That’s because the benefits of the training continued to rise after the cost was paid.

“Most upper managers think this type of program is solely for the employees’ benefit,” he says.

“The productivity gains are rarely emphasized and until now haven’t been rigorously demonstrated. Our results showed that this program improves the lives of employees, but more than that, can make substantial money for the company.”

Kindley Walsh Lawlor, vice president of Gap Inc.’s PACE program, says the company continues to expand the program to new locations and has a goal of reaching one million women by the end of 2020.

“We’re proud of the progress we’ve made in partnership with organizations in communities and with factory partners globally, like Shahi,” she says. “Ten years of independent evaluation has demonstrated that the program improves the lives of women and their families by developing women’s knowledge, skills, and confidence. Our internal team and external partners regularly conduct assessments to measure the effectiveness of the PACE program. We welcome the findings of Professor Achyuta Adhvaryu and his partners’ independent research as we continue to expand the program to new locations.”

Adhvaryu and his colleagues also are working on next steps, including ways to increase the size and scope of soft-skills training in general and how best to measure and optimize it. He and his colleagues recently developed a soft-skills curriculum for supervisors based on surveys of middle management at Shahi. They’re also running a randomized controlled trial testing the impacts of this program on factory line productivity, as well as the levels of verbal abuse and harassment incurred by front-line workers.

“This is really important for completing the loop,” he says. “A supervisor in a garment factory typically manages about 80 workers, mostly women, and everyone is under a lot of pressure to produce. When the workers can’t communicate and a supervisor won’t communicate, that leads to verbal abuse and a low-quality work experience because every interaction is frictional.”

Adhvaryu, Nyshadham, and Anant Ahuja, the head of Shahi’s Organizational Development wing, have teamed up to form the Good Business Lab, which harnesses the power of both academic research and business to improve the lives of workers while also improving the bottom line for companies. It’s working with companies on data and testing so they can create their own programs that boost employee welfare and improve their operations.

“What we want to do is incubate ideas, test them rigorously in the real world using randomized controlled trials, and share the findings widely,” he says. “These private-sector interventions need a dual benefit — for employee and company. We’ve shown there are programs that accomplish this, and it’s our goal to disseminate this information widely and encourage other firms to adopt successful interventions along these lines.”