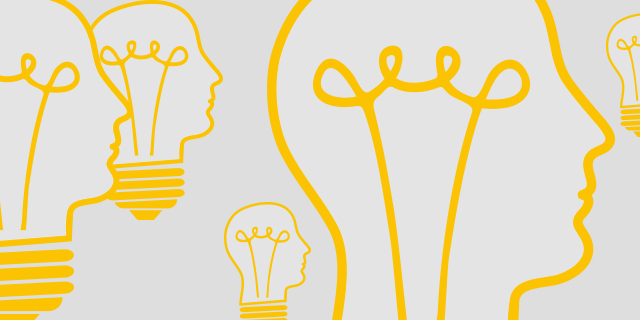 The Michigan Ross community generates and develops groundbreaking ideas that have the potential to spark change in the world. This new feature in Dividend will highlight a few examples. If you have an idea to suggest for inclusion, email rossdividend@umich.edu.

The Zell Lurie Institute for Entrepreneurial Studies sponsors the annual Michigan Business Challenge, a campus-wide, multi-round business plan competition where student teams have the opportunity to win cash prizes totaling over $85,000 for the most promising startup ventures. In February, the top prize at this year’s MBC went to SAHI Cosmetics, which creates customized, private-blend cosmetics for medium skin tones.

In her pitch to the MBC judges, CEO and founder Sheleen Sahi, BS ’12/MBA ’16, explained that women of Arabic, Indian, Mediterranean, and Hispanic descent often face great difficulty finding makeup that works with their skin tones, creating a large underserved market. SAHI, with initial funding via a Kickstarter drive, already has 20 products for sale and ambitious plans for growth.

In addition to winning the $25,000 top prize, the Pryor-Hale Award, in the Michigan Business Challenge, the company is part of the 2017 cohort at the Desai Accelerator.

Warmilu, a Ross startup, aims to reduce premature infant deaths, specifically to infants who can be saved by better warming technology in resource-scarce settings: “Spread the warmth to save lives,” the company says.

Warmilu makes blankets with a warming pack using phase change materials — a technology providing heat that is instant, reusable hundreds of times, and non-electric. And the technology has other uses as well: “Through Warmilu, baby boomers can soothe the aches and pains of arthritis, diabetes, superficial thrombophlebitis, and other chronic pain diseases that affect the pursuit of active lifestyles,” the company notes on its website. “We allow people to pursue their passions so we can pursue ours – spreading the warmth to reduce infant death from hypothermia.” Warmilu makes its IncuBlankets in Ann Arbor from U.S.-based materials.

Warmilu CEO Grace Hsia, BSEMS ’12/MsE ’13, is a Michigan Ross and College of Engineering alum who founded the company while at Michigan. She was featured in Forbes’ “30 Under 30” last year and recently in Crain’s Detroit Business and the Detroit Free Press. Warmilu is part of the winter 2017 cohort at the Desai Accelerator, the business development lab that is a joint venture of Ross’ Zell Lurie Institute for Entrepreneurial Studies and the Center for Entrepreneurship at the College of Engineering. Warmilu recently received funding from external investors and issued its U.S. utility patent.

“Lead contamination varies widely across homes and is highly scattered around Flint, but it is surprisingly predictable,” Schwartz and Abernethy wrote in a summary of their research, which was picked up by Scientific American via The Conversation website. The team used data analytics tools to help identify homes with high risk of contamination and to predict the location of lead pipes, aiding Flint officials in learning which homes require pipe replacement.

Their work establishes the first data-driven system for identifying and replacing lead pipes on a large scale to serve as a model for other cities.

The Michigan Business Challenge includes an Impact Track, presented in partnership with the Center for Social Impact and the Erb Institute for Global Sustainable Enterprise, for ventures that prioritize social and/or environmental considerations. In February, AIM Tech won the top prize in the Impact Track for its NeoVent, an affordable ventilator.

The low-tech-yet-high-quality ventilator is initially aimed primarily at infants with respiratory illness in low-income countries, where access to such technology could save thousands of lives. The system, which works without electric power, has been featured in a medical journal and presented at several major clinical conferences. A trial with infants was scheduled to begin this month in Nepal, and a larger study is planned this fall in Malawi.

The company may pursue additional opportunities for the NeoVent in more developed areas, and also plans minor modifications to the core idea that could allow it to replace other types of ventilators. The team is led by CEO Stephen John, MD ’19, and Director of Business Strategy Aaron Steiner, MBA ’17.

MySwimPro: Apple’s App of the Year

The Watch App coaches users through workouts set by set and syncs with a corresponding iPhone app, which features hundreds of swim workouts varying in skill level, stroke category, and workout duration. It has gained more than 100,000 users since launching in 2015. Apple Store editors named it the App of the Year for the Apple Watch.

MySwimPro was part of the 2016 cohort at the Desai Accelerator. Co-founders are Adam Oxner, Fares Ksebati, and Michael Allon. Todd Sullivan, MBA ’05, is a key advisor.