Ken Zhang: He Graduated From Ross And Then Started One Of China's Fastest Growing Companies 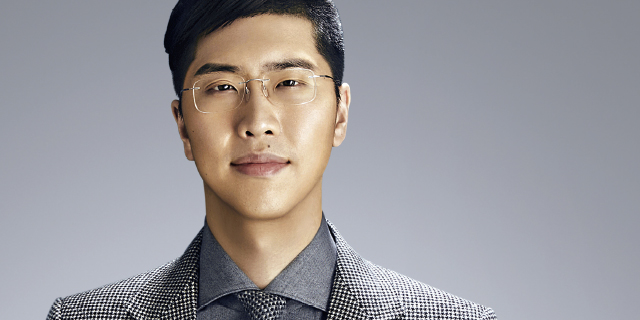 Hengde “Ken” Zhang’s career as an entrepreneur started early. As a schoolboy in China, he started his first company at age 13. By the time he headed off to the U.S. for college, he had already started several different ventures.

It makes sense, then, that he would continue his entrepreneurial efforts after earning his Michigan Ross BBA in 2010. And it’s no surprise that he’s been successful. But it would have been hard to predict just how successful: In just a few years, he’s built a startup into one of the most impressive growth stories in the modern Chinese economy.

As the founder and CEO of Zhubaijia — a company providing short-term rentals and other trip services to travelers through a sharing-economy model — Zhang has grown the company in just a few years to a venture of about 300 full-time employees (and thousands of part-time), offering 270,000 properties to Chinese travelers in more than 80 different countries and more than 800 cities. He was included on Forbes’ “30 Under 30” list in China in 2014 and named one of China Daily’s Top 10 Young Entrepreneurs in 2015.

“I was born in a business-oriented family,” Zhang says of his early start in entrepreneurship. “My family’s mentality of educating kids is not giving them money. I had to make money on my own.”

So he set up a business buying secondhand computer parts and reselling them online. Then, to draw traffic, he and some friends combined the resale business with a website that provided how-to information on computer security and defenses against hacking. If their parts customers were local in Beijing, they sometimes did the delivery themselves, “just like a pizza guy,” to save money. Zhang made about 2,000 RMB (close to $300) a month on that venture.

“We found a kind of happiness doing this little startup,” he says.

“So I kept trying different startups after that. Sometimes they worked, and sometimes they didn’t.” He served two years in the Chinese Navy, and then got involved in buying and selling real estate before deciding to pursue a business degree in the U.S.

He spent two years at Purdue before transferring to the Ross BBA Program, drawn, Zhang says, by its mission to “develop leaders who make a positive difference in the world,” as well as the ethnic diversity at the University of Michigan. In fact, he met two other Chinese students in the program at the time — one of whom now works for his company. “Ross graduates are always a half-step smarter than other schools’ graduates,” he says with a smile.

Zhang credits Ross for a well-rounded education that helps him both as a business owner and a person. “It shaped me (in terms of) dealing with people and learning how to think independently, critically, and analytically,” he says now. “It helped me grow, helped me become a better man.”

After graduation, Zhang worked briefly for a venture capital fund before turning to his family business in real estate. Seeing the demand for hotel options in Asia, he got the idea for Zhubaijia  — the niche need for travel services based on the Airbnb model but with no language barrier for the Chinese customers. Zhubaijia also offers additional services to make the customer’s stay abroad more comfortable, including booking rooms, booking airline tickets, car rentals, local tour guides, translation services, and more. He piloted the idea in Hong Kong in 2011 and then fully launched it in China the next year.

“There are a lot of outbound Chinese travelers...almost two billion Chinese in the market,” he says. With Zhubaijia, “It’s easy to spend their holiday in different countries.”

The company soon exploded, growing revenue more than 5,000 percent between 2014 and 2015. It’s leveled off somewhat since then — it would pretty much have to — but still enjoyed 900-percent growth in the first half of last year.

“Because the revenue base has been growing, the growth rate has been slowing down,” Zhang says. “But it still feels like fast growth.”

Despite the demands of his company, Zhang maintains his college ties. He’s been active in leadership for both the Ross and the University of Michigan alumni clubs in Beijing, and he returned to campus last fall for the dedication of a room in the new Blau Hall named in his honor. He’s encouraged to see Michigan Ross putting more focus on entrepreneurship, which he believes is critical to graduates even if they are going off to work in consulting or for a big company.

As he sees it, his own education continues today. “I’m still learning right now,” he says. “I’m learning to face lots of tasks I hadn’t imagined before, and lots of uncertainties, and lots of urgent issues popping up suddenly. Ross definitely prepared me to think independently and work with people. But in the real world there’s still a lot to learn.”