How to Make Yourself Indispensable at Work

Informal power is the new currency at work. How much do you have? Professor Maxim Sytch shows how to find out, and what to do if you don’t have enough.
Thought in Action featuring Maxim Sytch
Share 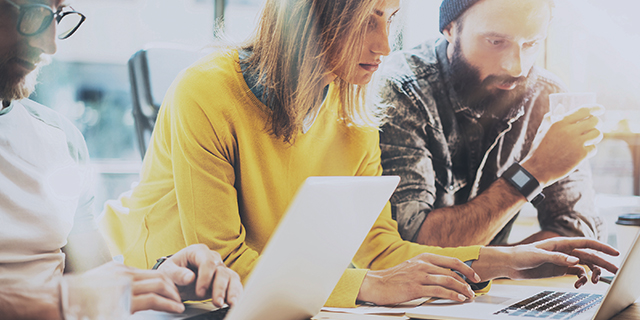 ​How replaceable are you at work? Is there even a way to know?

The answer is yes, and it can serve as an excellent guide for increasing your value at work.

Professor Maxim Sytch has worked with companies around the world and researched personal and business networks. He’s found that a critical factor in how indispensable you are is informal power — the ability to influence people and overcome resistance in situations where you don’t have authority.

Companies are now organized more commonly as a matrix of teams than the vertical hierarchies of the past. Some companies like Zappos have done away altogether with formal job titles. And millennials entering the workplace in large numbers don’t consider “formal” titled authority as important as previous generations.

No matter how your company is organized, this ability to work effectively across teams no matter your rank is important for future success. That’s why simply looking at your place in the organizational chart and your specific job duties gives an incomplete picture of your value, says Sytch, the Michael R. and Mary Kay Hallman Fellow and associate professor of management and organizations at Michigan Ross.

"The value of formal power is less than it was in the past because companies have changed how they operate,” he says.

“Yet, for many people, our ideas of strict hierarchy and fascination with formal power often persist. Looking at the org chart isn’t wrong, but it can be misleading. We studied a medium-sized tech company, for example, and found the person with the most informal power was the assistant to the CEO. This person had more influence than many of the other senior executives.”

Start with a Power Audit

The way to start measuring your value in an organization is by doing a personal power audit. Sytch has employed this at companies he’s worked with and in Ross Executive Education programs. It gives you a snapshot of your “informal” power and influence, and how much you’d be missed if you were to leave.

To start, write down the names of your top 10 contacts at work and think about why you put them on the list. Assign each a number on a 10-point scale based on how much value you receive from them.

Think broadly when choosing your contacts and assigning the scores. It should include everything from help with work projects, and finding resources for your team, to more personal things like advice and emotional support.

Now, do the same in reverse and assign a number to the same kind of value you provide each of those contacts.

Here are some red flags to watch for after you’ve done the audit:

“This is a great way to show what exactly would be disrupted if you were removed from the organization,” Sytch says. “If the answer is ‘not much,’ then chances are you don’t have a lot of informal power and could be replaceable.”

The key to overcoming these red flags is building more relationships with mutual benefit. That’s easier said than done, especially if your natural workflow doesn’t expose you to a lot of people.

This requires some effort, but doesn’t have to be awkward. Volunteer to work on projects that include other people in the company, and make sure you provide as much help to the new people you meet as you receive from them.

“People often don’t think about the social capital implications of the projects they decide to work on, but if you’re meeting with more stakeholders outside your immediate group, you are connected with more people and less replaceable as a source of information and advice,” Sytch says.

It’s also a good idea to get involved with shared activities that aren’t necessarily work-related but that you are passionate about. This can be anything from a committee organizing a charity project to after-hours social events. You also should consider joining a professional association. These gatherings are not only meaningful to you, but they also draw people from different backgrounds who share a similar passion.

“I always tell executives to avoid the corner office like the plague,” says Sytch.

“You want to be someplace with a lot of foot traffic where you can interact with people you might not meet by virtue of your job description alone.”

The good thing about boosting your informal power is that it also helps the company, Sytch says.

“When you unlock your own leadership potential by building more mutually beneficial relationships across the company, you’re also building value for the entire organization,” he says. “And that makes you much harder to replace.”