Daniel and Lanaya Bellomo have done quite a bit together. The couple went to undergrad together, traveled to numerous countries, and now they’re embarking on a new journey: business school, where they’re first-year MBAs at the University of Michigan Ross School of Business. While they aren’t the first married couple at Ross, they bring a different perspective from most of their peers. Daniel and Lanaya, who have been married for three-and-a-half years, are members of the military.

Lanaya is a veteran, having served six years in the U.S. Navy as a Surface Warfare Officer, and Daniel is an ROTC instructor at U-M and an active member of the Navy, where he has been a Submarine Officer for the last seven-and-a-half years. The two met while attending the United States Naval Academy. Both agreed they were looking for a change of pace.

“After I left the military, I worked in the private sector for one year. However, I felt that I wasn’t being challenged,” says Lanaya. “It was then that I decided to get an MBA [in order] to build my business acumen.” Meanwhile, Daniel was looking for a change. “I wanted a career switch. I have an engineering background, so I wanted to go to a school where I could utilize that,” says Daniel, who is also a student in the Tauber Institute for Global Operations. 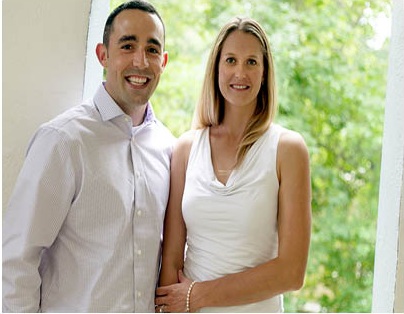 One of the things they liked most about Ross was the school’s active veteran community. “It’s not cutthroat here. There’s no hierarchy, and there are so many people willing to help and support you, whether it’s personally or professionally, which made the transition from the military to student life easier,” says Lanaya.

With 43 student veterans currently enrolled in the full-time MBA Program, it’s a tight-knit but growing population. The number of military students at Ross has tripled within the last three years. The drastic increase is part of the larger trend of veterans across the nation attending top business schools to earn MBAs. As the workforce becomes increasingly competitive and complex, more and more military members recognize the importance of earning a business degree. Coined a military-friendly school, at Michigan Ross all veterans and active-duty students are offered in-state tuition, the application fee is waived, and scholarships are available. While many of their section members bring with them extensive experience from global corporations, the military typically does not expose members to the business world. However, Daniel doesn’t see that as a disadvantage.

“Our experience [in the military] has more value than what we thought. Folks have worked at Deloitte, but we learned things that we can apply to business school like time management, multitasking, and interacting with different types of people,” he says. Lanaya agrees. “There’s a gentleman in my section from Peru. I was deployed to Peru, and I understand what it’s like being in a foreign place. I can start a conversation with him because of that common ground.”

That common ground has helped to morph Ross into a school with a network of veteran and active-duty students. The network has contributed to the active participation of the Ross Armed Forces Association (RAFA), who is helping to put together two major upcoming events.

On Nov. 15, prospective full-time MBA students will learn more about the program during Ross’ Military Preview Day. Afterwards, Ross will host the Veteran Leadership Summit Nov. 21-22. Ross, along with other top business schools including Fuqua and Booth, will invite veterans and corporate to share best practices among military students. “When I decided to go to business school, Ross was my first choice,” says Ben Ranta, MBA student and President of RAFA. “There is a long veteran history here at Ross, and the sense of community is strong.”

Lanaya, who also volunteers as a recruiter for Ross, often advises prospective veteran students to utilize the military network because it will benefit them in the long term. “I would highly suggest that you talk to other vets who went to or currently attend Ross,” she says. “Being from the military, you won’t have that business exposure, and you will need that reassurance that you’re making the right decision. This school does a great job of answering all of your questions and helping you make that transition.”