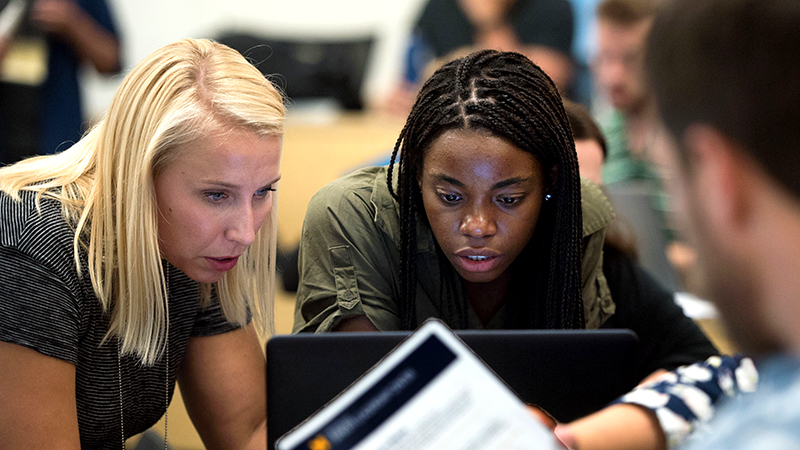 We are excited to see the Ross Class of 2019 starting to take shape. Students will be coming from companies familiar to MBAs - like Bain, BCG, Barclays, Citi, JPMorgan Chase, Proctor & Gamble, Samsung and Unilever - as well as from less common pre-MBA paths like:

Many have graduate degrees ranging from aerospace engineering to genetics to law. Many more will be pursuing dual degrees with the Schools of Public Health, Public Policy, Law, Medicine, Social Work and Natural Resources.

Let me start with an “awesome” thing from admissions. This year has been our most competitive in 15 years. Total applications are the highest they’ve been since 2002. We have a record number of applications from women, and a record number of countries represented. And the AdCom has enjoyed reading about the diverse experiences and achievements this year’s applicants have had. It seems that applicants have learned that telling their own story is the key to “standing out.”

Other things that we’re excited about:

The team is scheduled to finish individual app reads the week of March 6, then we’ll start reviewing decisions at the class-level. We’ll call U.S. admits on March 15 and international admits on March 16. All decisions will be released at 12pm EST on March 17.

Round 3 is Around the Corner!

If you’ve started an app, don’t be daunted by the stats. We won’t be done admitting in Round 2. We know there are great candidates to come in Round 3. If you’ve read my blogs from past years (as I’m sure some of you have…), you know that some of our most successful students and alumni applied in Round 3 or were admitted from the waitlist. It could be you! March 20th is the deadline. And in case you missed it, check out our Round 3 admissions tips webinar. Good luck finishing those apps!