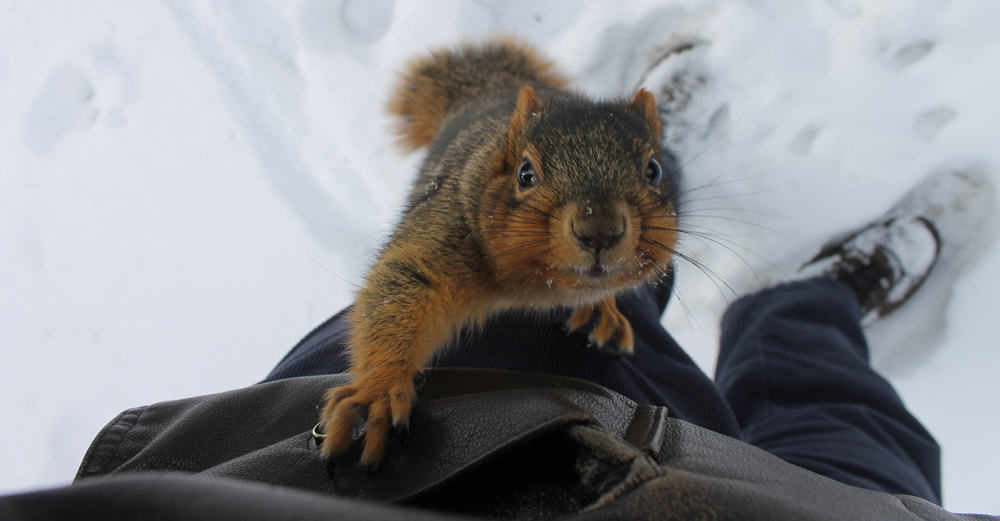 As the world* celebrates Squirrel Appreciation Day today, there’s no doubt that the appreciation bar has been set pretty high by one of Michigan Ross’ own librarians.

Corey Seeman, Director of Kresge Library Services, has been taking photos of squirrels across University of Michigan’s campus for six years. And just last week he snapped his 11,000th squirrel image.

Several of them show squirrels climbing trees and cracking nuts around the Ross School’s buildings.

Seeman said he started taking pictures of the animals in 2008 because he wanted to showcase and celebrate the long squirrel loving tradition at the University of Michigan.

“A typical day with my squirrel friends involves bringing two items. One, a small bag of peanuts (I get roasted and unsalted). And two, my camera,” Seeman says. “It gives me a chance to get out and enjoy the campus pets and reset for the afternoon.”

Seeman’s squirrel photos catch the bushy tailed hoarders in action doing everything from eating peanuts to eating peanuts and begging for more peanuts. But Seeman said he also catches them eating discarded student food like pop tarts, pizza, and “even a churro.”

Chances are, you’ve probably seen some of Seeman’s photos. A squirrel captured in an image by Seeman on a particularly snowy day on campus became the backdrop for Ross’ 2014 Holiday Greeting card.

He’s been taking so many pictures of campus squirrels for so long that we’re not entirely sure this 1890s-era image of a squirrel on the Diag isn’t from him**:

Check out all 11,156 squirrel photos on Seeman’s Flickr page.

*Maybe not the whole world.