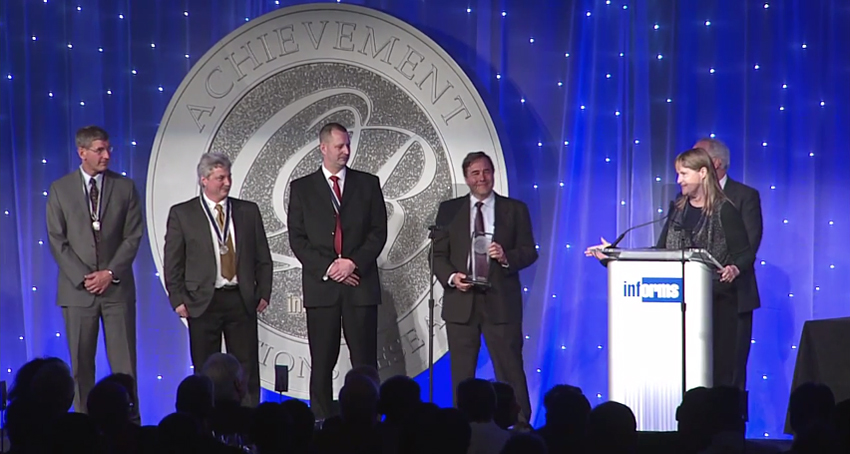 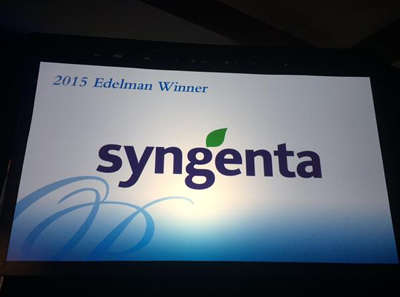 Syngenta developed and utilized four analytic tools to accelerate the development of crops with favorable traits and inform managers which strategies offer the highest probability of success. The tools resulted in savings of more than $287 million in soybean R&D from 2012-2016 and substantially increased Syngenta’s chances to deliver a portfolio value exceeding $1.5 billion.

Byrum is pleased to see the impact that science leadership is having on individual farmers. He says, “It's a level of leadership that has hasn't been demonstrated in agriculture until now. [The award] further demonstrates the impact our Good Growth Plan is having on the world, and we're proud to share that message with the masses."

Byrum is thankful for the collaboration skills and quantitative tools he learned at Ross, which have helped him to prioritize key issues and solve complex problems. He gives the example of an operations research course he took that taught him how to use analytical tools to solve problems that weren’t obviously quantitative. Byrum learned to look to Syngenta’s strategic goals when making difficult decisions. He says U-M has “multiplied my impact as a thought leader, strategic thinker, and manager.”

Byrum’s Executive MBA has also propelled his career: “My experience at Michigan, complemented by my business experience, allowed me to operate in roles of increasing responsibility. Along the way, I’ve developed a fairly comprehensive idea of what makes an impactful leader — someone who does what’s right, sets a positive example, admits when they’re wrong and rises above the details to paint a picture that can be delivered with excellence.”

Watch Joe and his team accept the award at the 2015 Franz Edelman Award Gala.