Meet the Next Dean of Michigan Ross 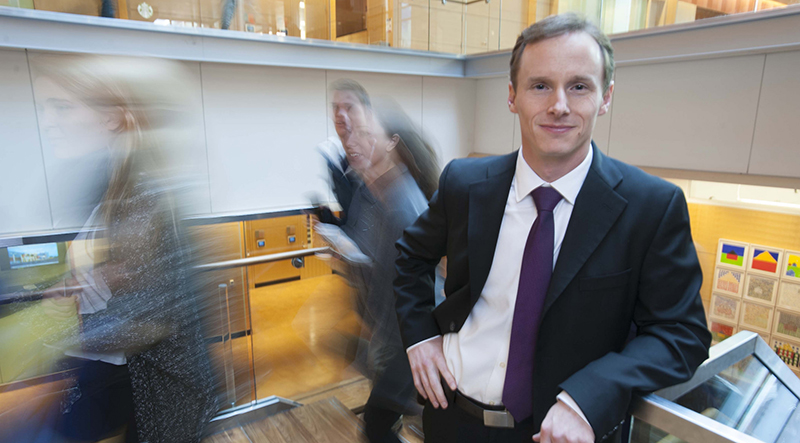 The next leader of Michigan Ross will be familiar to many in the school’s community -- Scott DeRue, associate dean for Executive Education, director of the Sanger Leadership Center, professor of management, and faculty director of the Emerging Leaders Program.

The University of Michigan Board of Regents appointed DeRue to be the next Edward J. Frey Dean of the Stephen M. Ross School of Business. He will take office July 1, succeeding Dean Alison Davis-Blake, who has held the post since 2011.

“I am honored to serve as the ninth dean of this extraordinary business school,” says DeRue. “Since 2007 when I joined the Michigan Ross faculty, I have come to cherish the commitment to excellence and collaborative culture that define this school. We are already among the best business schools in the world, ranking top 5 in areas as diverse as leadership and management, entrepreneurship, accounting, operations, and supply chain management. Looking forward, I am thrilled to be working with our world-class faculty, staff, students, and alumni to build on that success and propel Michigan Ross into the future.”

DeRue is an accomplished leader in business education and is known for his innovations in the Ross tradition of action-based learning.

DeRue brings a blend of both academic and business success to Michigan Ross. Prior to academia, he had a successful career spanning private equity investments, management consulting, and luxury yachts. As a professor at Michigan Ross, he has authored award-winning research, won teaching awards, and advised executives around the world on matters such as leadership and change management, culture, and team development. He was named associate dean for Executive Education in 2014.

His research focuses on how leaders and teams learn, adapt, and perform in complex and dynamic environments. DeRue received the Early Career Achievement Award from the HR Division of the Academy of Management and was named one of the top 50 most influential business professors of 2013 by MBARankings.net. He’s often featured in the media, including the New York Times, BusinessWeek, Harvard Business Review, and the Washington Post.

Under his leadership, Michigan Ross’ Executive Education organization achieved its best performance in over a decade, with significant growth in Asia, the Middle East, and the Americas. Similarly, the Sanger Leadership Center expanded the portfolio of action-based learning to Ross students. This year alone, the Sanger Leadership Center provided hands-on leadership development experiences to more than 3,000 Ross students.

Recently, DeRue led the development of Alumni Advantage, a new program where all Michigan Ross alumni enjoy free tuition for Ross Executive Education programs, discounts for colleagues, and access to #ROSSTALKS events across the world.

Read More in the University Record