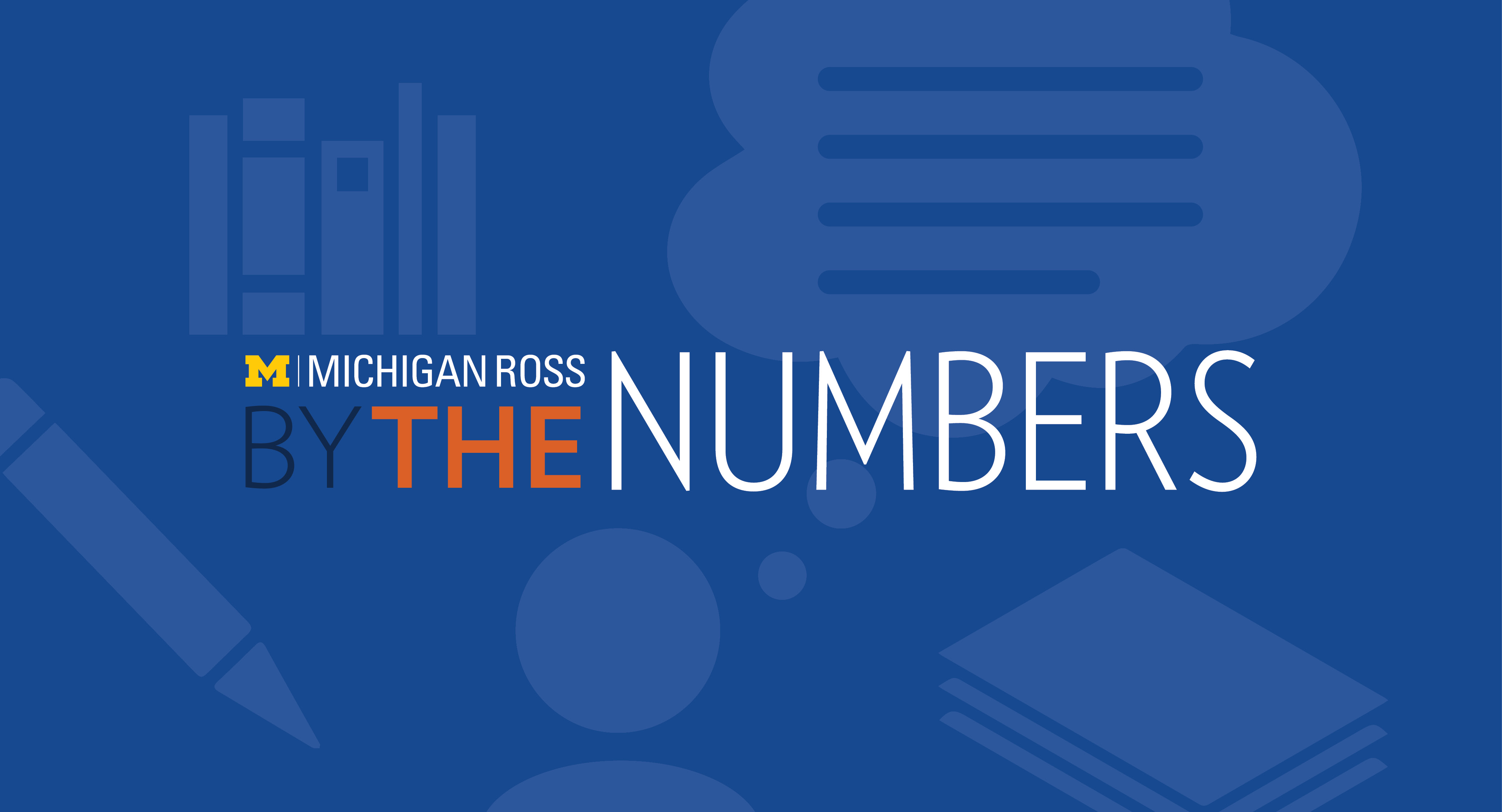 The end of another academic year approaches for Michigan Ross, and with it comes an opportunity to look at the accomplishments, outcomes, and impressive impact of our community.

We compiled some of the incredible accomplishments of Ross faculty over the last year, and it makes one thing blindingly clear: Whether it’s in a classroom (physical or digital), on the printed page, or impacting policy, Ross faculty members are influential research rock stars. Check it out.

Within the last year*:

1,000,000+ people
have taken classes from Ross Faculty on Coursera

To learn more about Ross faculty, their research, and teaching, subscribe to Ross Thought in Action.