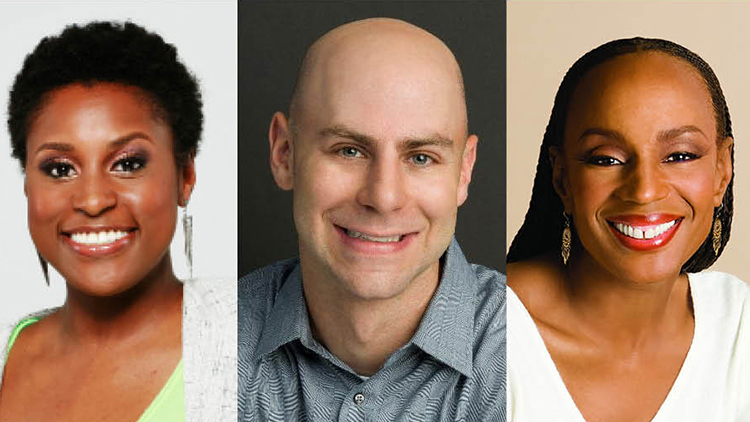 Mark your calendars. You won’t want to miss a Golden Globe nominated actress, a No. 1 New York Times bestselling author, or the former editor of Essence Magazine, who are all featured speakers at Michigan Ross events within the next month.

The event featuring Adam Grant, No. 1 New York Times bestselling author of Originals, is almost fully booked –– but if you sign up soon, you might be able to reserve a space in the overflow room.

Grant is the speaker of this month’s Positive Links Speaker Series, arranged by the Center for Positive Organizations at Michigan Ross, taking place from 4:00p.m. to 5:30p.m. on Jan. 11 at the Ross building, 701 Tappan.

Grant will draw from Originals to discuss ways to get better at championing new ideas, both in and out of the workplace, and how to build a culture that welcomes both diversity in perspectives and honest feedback.

In addition to Originals, Grant has authored Give and Take, which examines why helping others drives our success. These two bestselling books have been translated into 35 languages. His TED Talk, “The surprising habits of original thinkers,” has attracted more than four million views.

Grant earned his PhD in organizational psychology from the University of Michigan and his BA from Harvard University. He has earned awards for distinguished scholarly achievement from the Academy of Management, the American Psychological Association, and the National Science Foundation.

Issa Rae is a Golden Globe nominated actress who stars in and writes HBO’s Insecure. Amy Goodman is an award-winning journalist and host of Democracy Now!, an independent global news program.

Goodman will kick off the event with a keynote address before being joined on stage by Rae for a follow up discussion.

The event is free and open to the public; no tickets or registration are required. It takes place at Hill Auditorium, located at 825 N. University Ave., Ann Arbor, MI 48109, starting at 10a.m. Doors will open at 9:30a.m.

The month long symposium honoring the late Reverend Dr. Martin Luther King, Jr. features guest speakers and artists from across the country. For a complete listing of events and activities visit mlksymposium.umich.edu.

Susan L. Taylor served as the editor of Essence Magazine for nearly 20 years, ending her tenure in 2000. Her work for the magazine earned her several honors and awards in publishing.

Taylor will host the 2017 McInally Lecture, and she will discuss ways to invest in yourself and your community. The event takes place at the Michigan Ross Robertson Auditorium on Feb. 10, at 6:00p.m.

The William K. McInally Memorial Lecture Series was initiated in 1966 to honor the memory of William K. McInally, who served on the University of Michigan Board of Regents from 1960 until 1964. The lecture series, which is open to the public, is supported by an endowment fund established by McInally’s family, friends, and the University of Michigan to continue his legacy.

Learn more about the ALE Conference