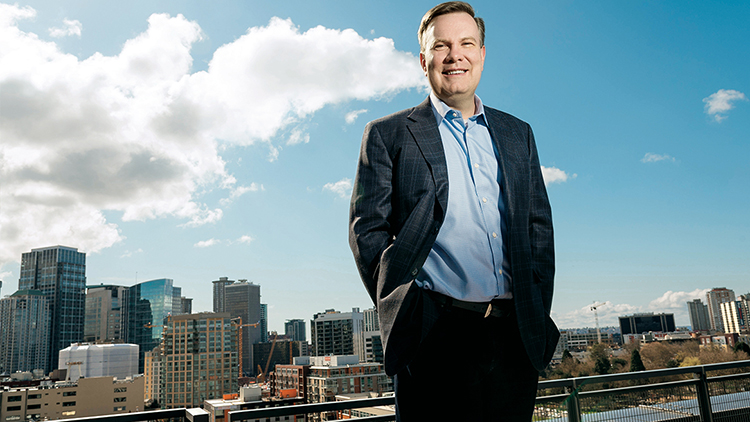 Whether you’re an aspiring executive or just passionate about business, you should definitely get an MBA. That’s the advice Peter Faricy, MBA ‘95, vice president of Amazon Marketplace, recently shared with US News & World Report.

“If you enjoy business roles and you want to do this for the long haul, I put the MBA in the no-brainer category," Faricy said.

Amazon is Michigan Ross’ single biggest recruiter, having hired some fifty Ross MBA grads per year in each of the last three years. Amazon is also a MAP partner.

Before arriving at Amazon, Faricy worked at Borders Group, Ford Motor Co., and McKinsey & Co. He joined Amazon in 2006, initially as vice president of music and movies. You can read more about Faricy and his journey from Ross to Amazon in this profile in Michigan Ross’ Dividend Magazine.

Dave Wright, also featured in the US News article, received his BBA from Ross in 1985. Wright now serves as a managing director in the private banking and investment group at Merrill Lynch.

"One of the terrific benefits of business school is that it surrounds you with people who are driven, and it raises your game," Wright said.

Read the US News article