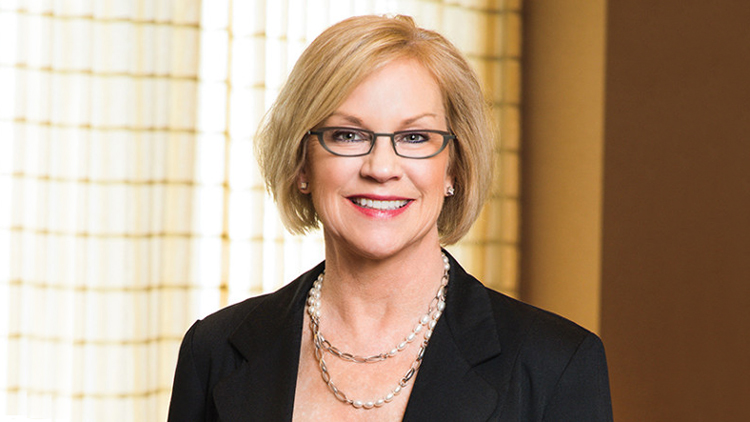 In a new report out this morning from American Banker magazine, Michigan Ross Alum Catherine Bessant, BBA ‘82, is listed as the Most Powerful Woman in Banking, taking the top spot among 25 of the nation’s leading banking executives.

This isn’t the first time Bessant, who serves as the Chief Operations and Technology Officer for Bank of America, has appeared on the annual list — she was ranked third last year.

It’s Bessant’s 35th year at Bank of America (she joined the company in 1982 after graduating from U-M), and she’s headed up several important departments at the bank, including global corporate banking, treasury services, and marketing.

Now overseeing 100,000 employees and more than $16 billion, Bessant manages technology and operations for all of the bank’s business units.

“[Bessant] has emerged as a key thought leader regarding the digital revolution that is upending the banking sector,” American Banker said in their profile. “In 2016 she played an important role in the formation of the Financial Systemic Analysis and Resilience Center, a collaborative effort between companies in the private sector and U.S. government agencies to combat cybercrime.”

Bessant’s other recent accolades includes a mention in Working Mother Magazine’s “50 Most Powerful Moms” list (along with Beyoncé, Sheryl Sandberg, and Melinda Gates) and a No. 1 ranking on Institutional Investor’s Tech 50 list.

We recently asked Bessant 20 Questions for an upcoming edition of Dividend magazine, set for release in October of this year. Here’s a preview:

What is your favorite quotation?

“Most people are about as happy as they make up their minds to be” - Abraham Lincoln.  This quotation is on my desk, handwritten on a yellow sticky note, and has been for years.

What advice would you give yourself 10 years ago?

Being natural and authentic is always the winning combination. It took me a long time to realize that, but it makes all the difference in what can be accomplished and how one feels about those accomplishments.

FitBit. I work out every morning starting at around 5 a.m. no matter where I am in the world. I am addicted to counting my progress! Accountability and measurement — that’s what it’s all about!