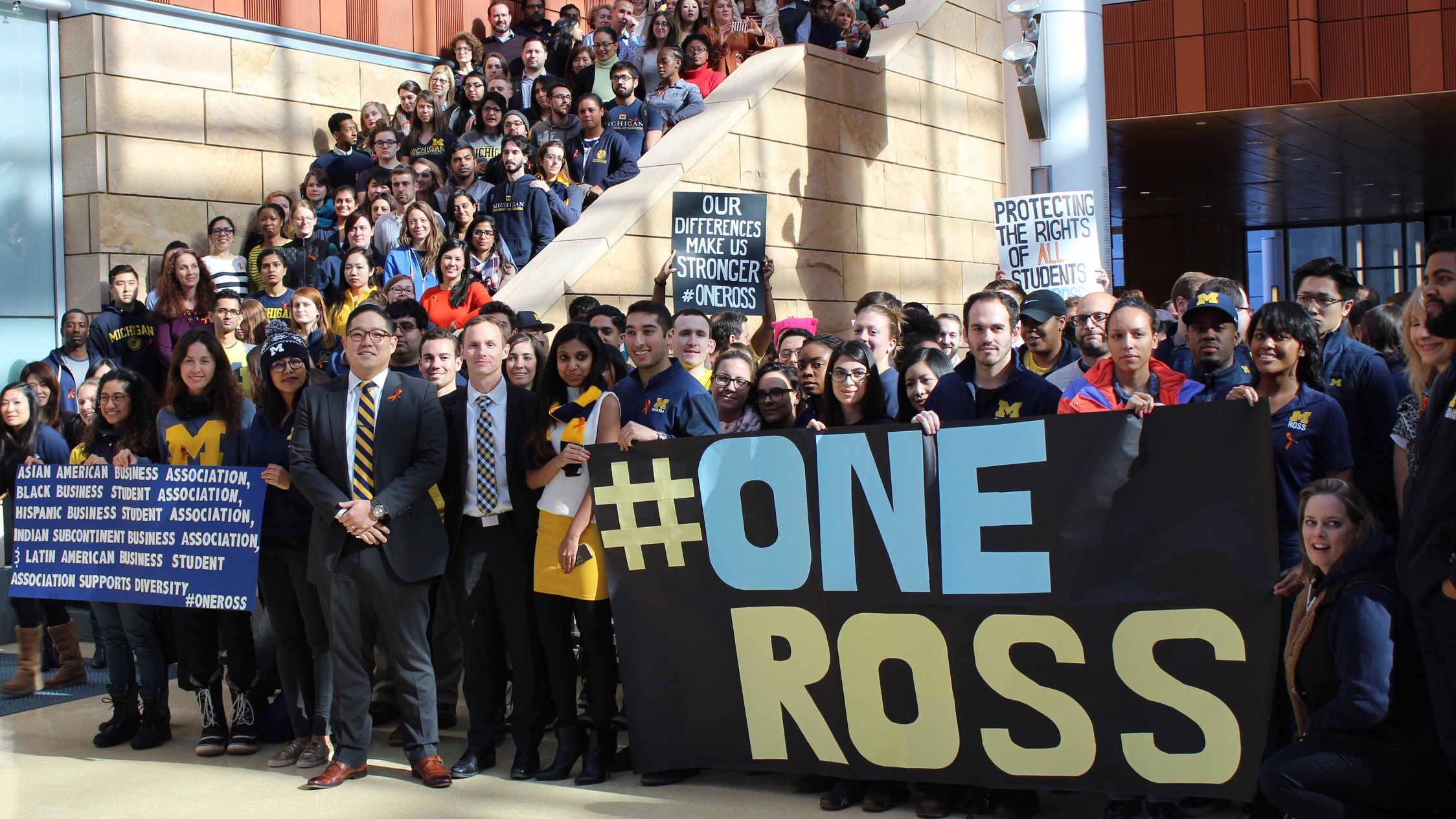 One group of Ross students is hoping to make that all sound a little less stressful for their international student colleagues.

Culture Shock, a new student organization started by a group of second-year Ross MBAs, has spent this fall meeting with international students, role-playing scenarios, detailing tips on how to deal with specific situations, and offering one-on-one chats with students to help take some of the intensity out of the recruiting process.

Taylor Johnson, MBA ‘18, said the idea for the group sprung from a year of chatting with her international student friends and really took shape this summer while she was interning at Amazon. She launched the group in partnership with fellow second-year MBA students Abhi Das and Parker Caldwell.

“One of the most enriching parts of coming to Ross has been meeting so many people from all over the world,” Johnson said. “And as I became friends with international students and we were going through recruiting, we were all dealing with a lot of the same challenges.

“The challenges of recruiting are often amplified for those coming from other cultures, especially for non-native speakers. If it was hard for me, it was even harder for international students.”

Like networking, for example. The style and approach of networking with potential employers and recruiters is one that varies by culture. In some cultures, people don’t really like to promote themselves — an essential element to networking in the U.S.

“My friends from Latin America will say that things are very informal there and it’s all about conversation and connections,” Johnson said. “It’s much more to the point in the U.S.”

Adjusting to these unspoken rules can be challenging, and if the initial reaction from students is any indication, it’s a challenge that needed the personal experiences only fellow MBA students can provide. Each session Culture Shock has held since launching in early September has had 15-20 participants on average, and more than 55 MBA2 students have volunteered to help break down some of these cultural barriers.

And it’s not just a one-way street. Many Culture Shock session starts with an icebreaker that helps everyone learn about the great and unique parts of everyone else’s culture (like “what’s the origin or your name” or “what’s your favorite dish from home?”)

“This isn’t just ‘here’s how to recruit in America.’ This is about valuing each other’s culture and helping our international peers bring forth the richness of diversity in the recruiting process,” Johnson said. “We’re at an interesting time in our country and diversity is really important. The more that we can support that, the better off we’ll all be as people and the better off our community will be as a whole.”