Ross Professor Inducted Into ‘Hall of Fame’ of Most Influential Thinkers 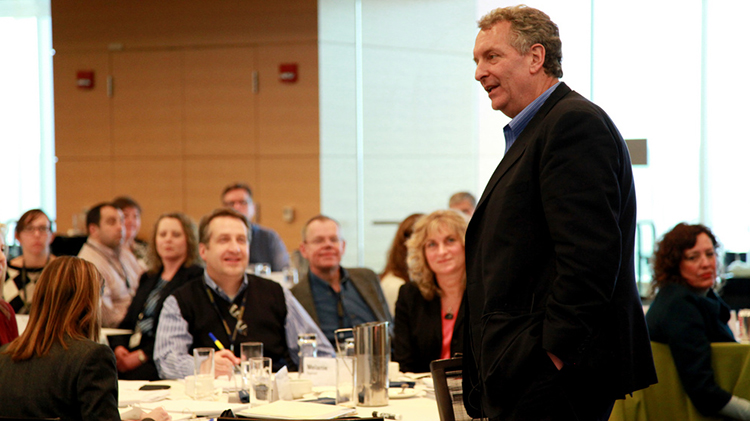 Michigan Ross Professor Dave Ulrich was first named the “Father of Modern HR” by HR Magazine back in 2012, and the prolific academic has more than lived up to the title.

Now he can add yet another line to his long list of accolades: He’s been inducted into the Thinkers50 Hall of Fame. Thinkers50 shares and ranks the best management ideas, and its Hall of Fame title is a lifetime honor acknowledging those who have made a lasting impact on how organizations are led and managed. This isn’t the first time Thinkers50 has honored Ulrich: He was named the most influential international HR thinker of the past decade in 2015.

Ulrich, the Rensis Likert Professor of Business Administration at Michigan Ross, has an incredible academic career that spans 35 years and includes more than 200 articles and book chapters as well as 30 books on leadership, organizations, and human resources.

Ulrich is also co-director of the Advanced Human Resource Executive Program at Ross, which offers its next session for HR leaders in March 2018. He earned a Lifetime Achievement Award from HR Magazine in 2012.

Five other Michigan Ross faculty members have also recently received special recognitions for their lifetime contributions to the understanding and advancement of knowledge in their respective disciplines.

​These lifetime achievement awards are just a small fraction of the more than 40 honors and awards our faculty received from third parties in the last year.

Learn more about the incredible faculty at Michigan Ross