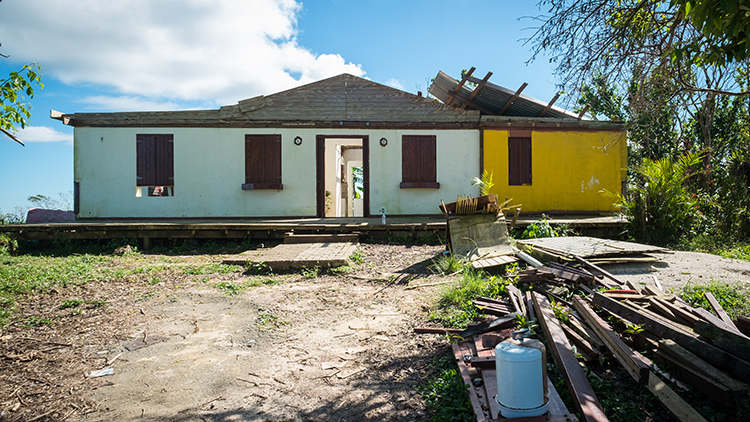 At Michigan Ross, spring break isn’t just a chance to lounge on a beach or binge on Netflix––it’s another opportunity to do something amazing.

From helping rebuild Puerto Rico to working with Alphabet in London, Ross students are making the most of their week off.

Check out eight Ross projects taking place around the world right now, and follow Michigan Ross on Instagram to see updates directly from students on several of the projects throughout the week.

Puerto Rico is still suffering from the effects of Hurricane Maria, the worst storm in history to hit the island. Even though it happened five months ago, many residents still have difficulty accessing electricity, clean drinking water, and other basic necessities. A group of Ross students are spending the week in Puerto Rico, gutting and rebuilding homes. This project is largely self-funded by participants, with some expenses covered by the Ross MBA Council.

Seventeen students from the Tauber Institute for Global Operations are touring a dozen companies in Germany, including Amazon, Mercedes Benz, Pfizer, Deutsche Bahn, Siemens, and others, meeting with executives and getting an inside look at the operations of some of the world’s biggest companies. But it’s not all work and no play: their trek includes stops at museums, breweries and the Berlin Wall memorial.

In this yearly offering from the William Davidson Institute, 24 Ross students are spread across five countries working to provide solutions for clinics, nonprofits, and hospitals in developing countries. During winter semester, the students have worked remotely with the employees in Rwanda, Peru, India, Ethiopia, and Sri Lanka, and they are spending the week collecting data on-site.

Learn more about these projects

Ross students have been working with the financial technology department of Alphabet, Google’s parent company, over the course of winter semester. Their week in London includes on-site work with Alphabet employees and other company tours in the city, which is a major financial center.

Members of the Michigan Ross student club Service Corps Alumni will be traveling to Houston during spring break to work with All Hands And Hearts on their Hurricane Harvey Relief mission. The group will be working on cleaning out flooded homes in the North-East part of Houston, where damage from Harvey was particularly severe. The crew will do sanitation work as well as drywall and insulation installation.

In this Global Practicum course, Cross-Cultural Negotiation and Dispute Resolution, students spend the semester studying strategies to succeed in an increasingly global economy. Their week in Croatia includes practice negotiations with business leaders from around the world as well as lectures, company visits, and cultural activities.

The Global Competitiveness in Brazil course uses the country’s economy as a case study. During winter semester, students develop their cross-cultural competence while improving their understanding of Brazilian business and international business more broadly. Over spring break week, they are touring companies and taking on action-based fieldwork in Rio de Jañeiro and São Paulo.

Thanks to the generous sponsorship of the Royal Bank of Canada, Ross BBAs have the unique opportunity to enroll in The Global Service Learning Program in Nicaragua during spring break week. Participants help construct homes for families living in the city of La Joya, where the recycling industry is a major employer. They learn first-hand how the industry simultaneously creates opportunity for the community while also contributing to cyclical social and economic dilemmas.