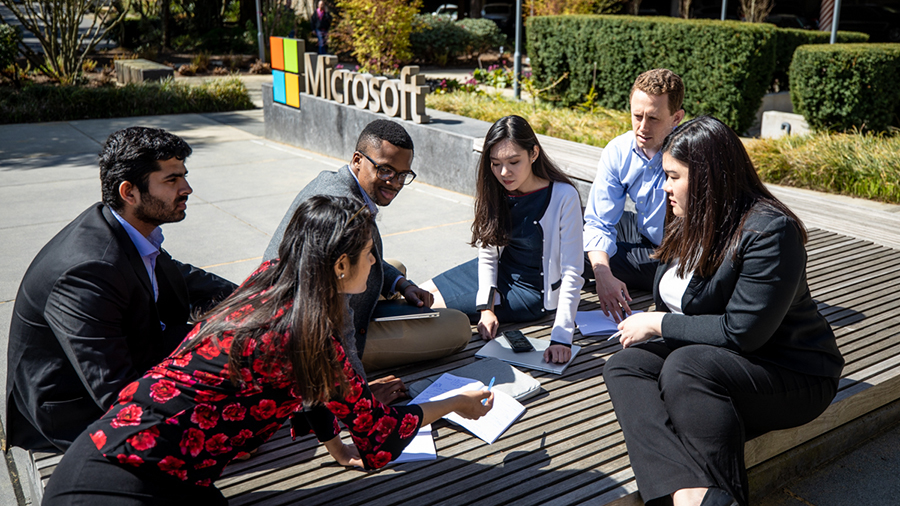 To get a sense at how valuable Michigan Ross graduates are, all you have to do is look at the demand among organizations all around the globe for Michigan Ross talent.

We have an amazing track record of connecting students to the jobs they want and employers with the talent they need. Whether our students are just launching their careers or looking to accelerate to the next level, we aspire to be the most powerful career accelerator, and we’re well on our way.

Michigan Ross grads get the jobs they want. 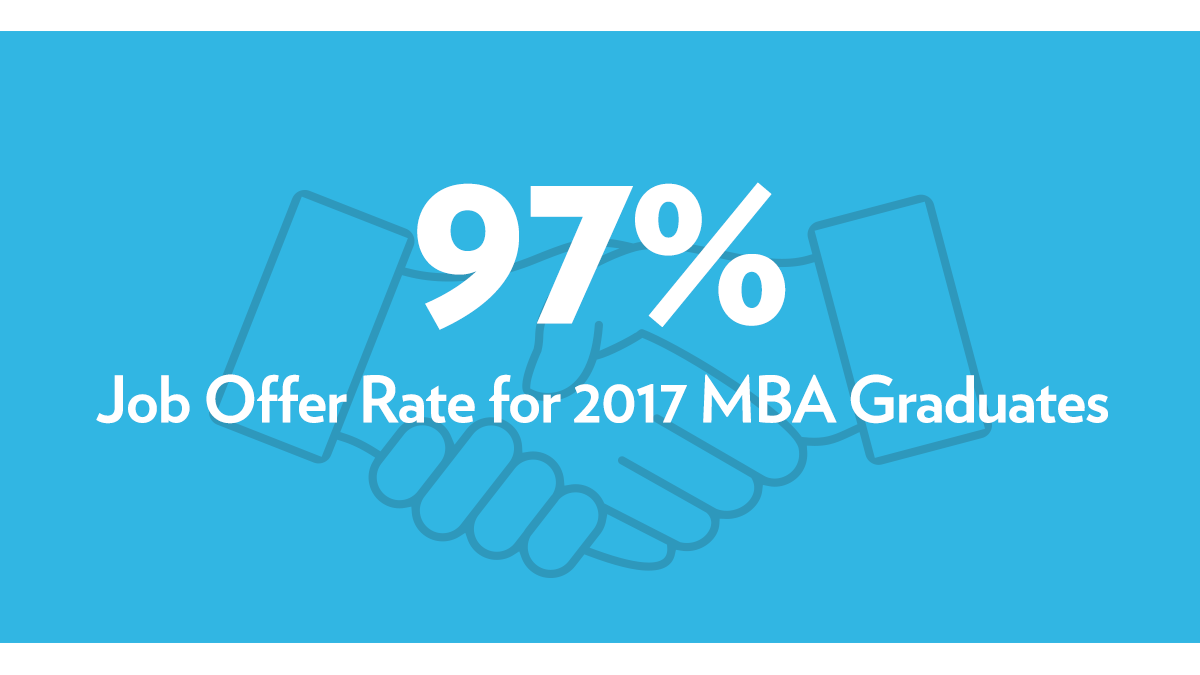 Our one-year master’s graduates have excellent placement rates as well, with more than 95 percent of graduates from each program landing job offers within six months after graduation.

Michigan Ross graduates quickly see the payoff of their hard-earned degree, as starting salaries for Ross grads are extremely impressive. 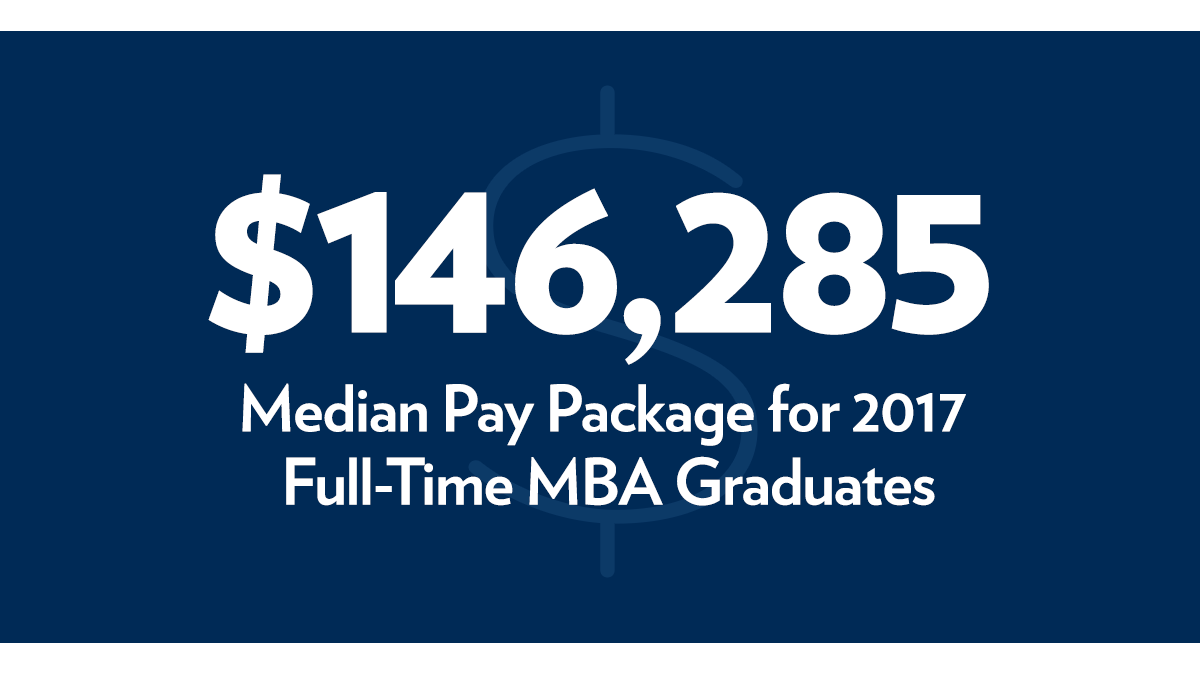 Full-Time MBA graduates in our most recent employment report, reported median pay packages in the amount of $146,285.

For BBA graduates, median starting salaries were $72,500. And that’s not even counting bonuses and other forms of compensation that companies are using to attract the very best Michigan Ross students.

Ross grads aren’t just landing the jobs they want. The companies hiring them are also finding the high-quality talent they need here at Michigan Ross. 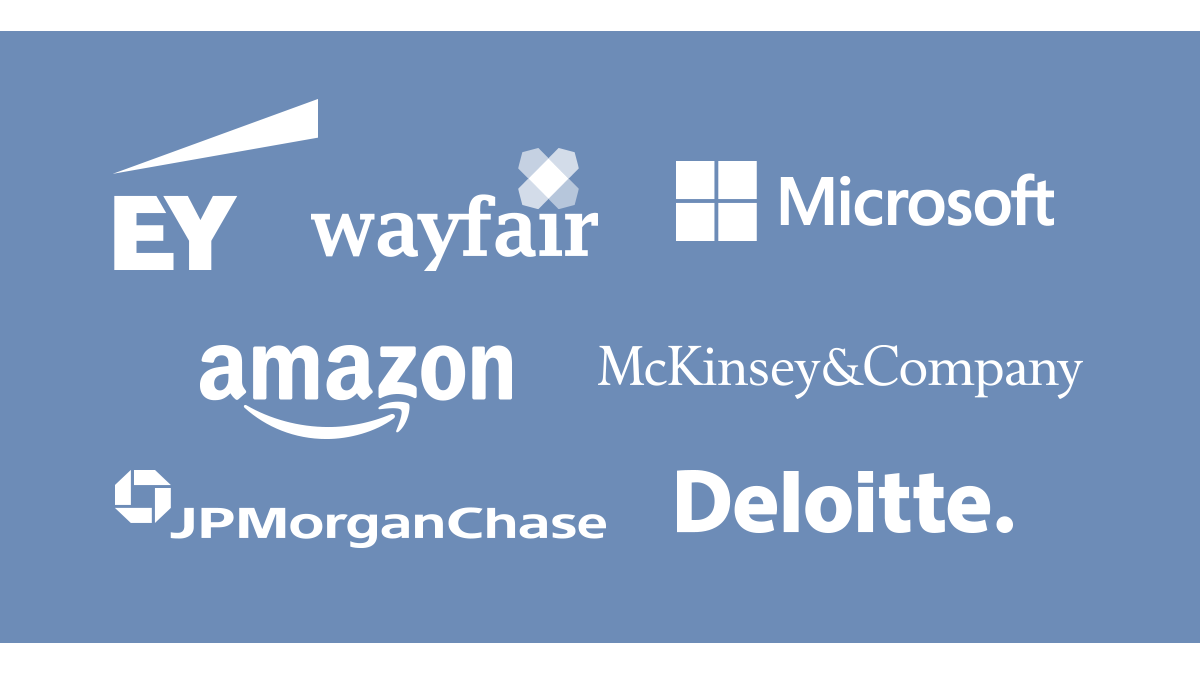 Just because our alums have graduated with a job doesn’t mean their career journey is over — far from it. And when the time comes to make a change or accelerate a career to the next level, Michigan Ross has made a lifetime commitment to helping our graduates along that journey. 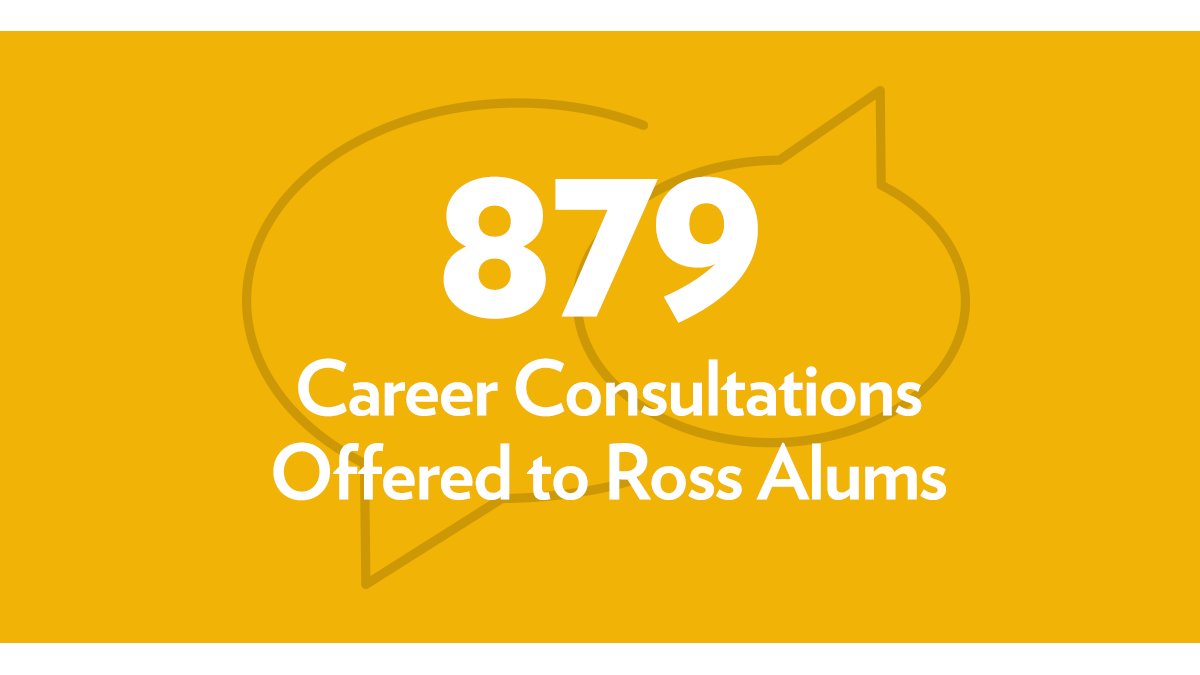 In 2017-2018, 879 Ross alumni engaged with Michigan Ross for career coaching and consultation.

When Ross grads land their dream jobs, they are well rewarded. For example, Ross students in our part-time programs—the Weekend or Evening MBA and the Executive MBA—get an impressive payoff in the form of raises and promotions. More than 60 percent of Weekend MBAs and 75 percent of Evening MBAs received a promotion during or within six months of graduating from Ross. 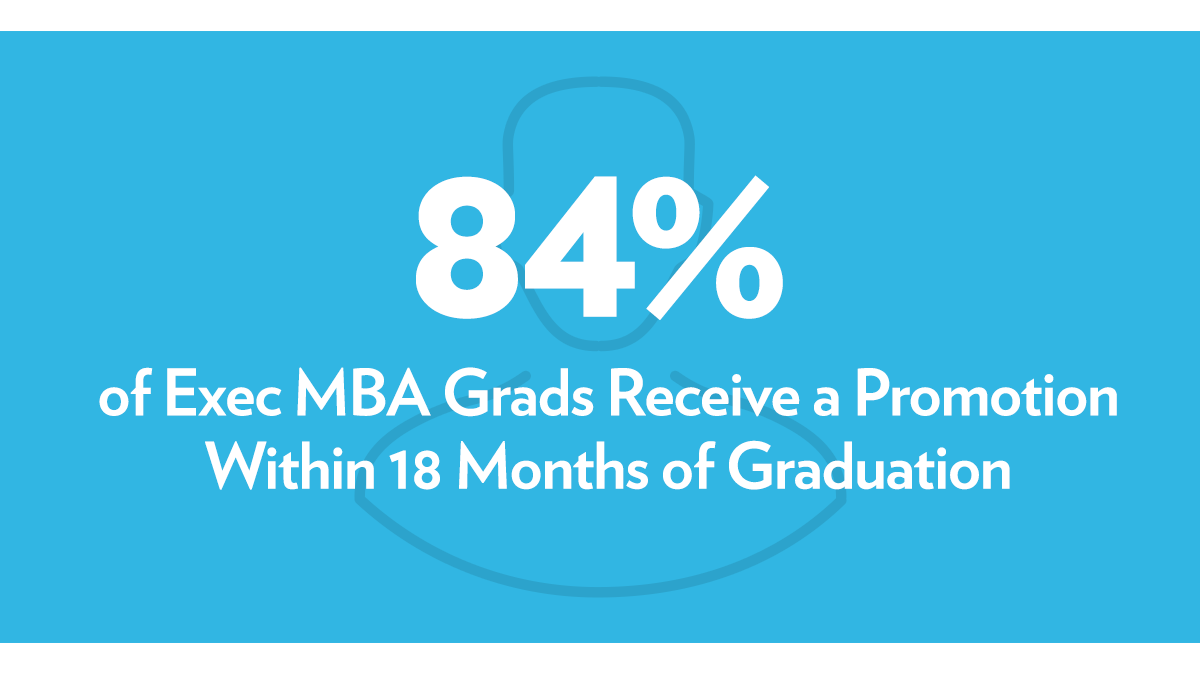 And in the past year, more than 84 percent of our recent Executive MBA graduates received a promotion and a salary increase.

And very soon, these executives will join another impressive group of Michigan alumni. Did you know that the University of Michigan accounts for more Fortune 100 CEOs than any other university in the world?

An analysis of CEOs at the top 100 companies on the Fortune 500 list by U.S. News & World Report found that the University of Michigan was 1st among all schools (tied with Cornell and Texas A&M) in producing CEOs of the largest companies in the world.

U-M grads leading the world’s biggest companies include: Tom Wilson, BBA ‘79, as chairman and CEO of The Allstate Corporation; Timothy Sloan, MBA ‘84, helming Wells Fargo; Larry Page, who co-founded Google and serves as the CEO of Alphabet; and Jim Hackett, who took the reins at Ford in 2017.

WE ARE MICHIGAN ROSS is a series of stories that brings together the facts, figures, people, and ideas that make the Michigan Ross community unlike any other.

We Are Michigan Ross

We Are Michigan Ross is a series of stories that brings together the facts, figures, people, and ideas that make the Michigan Ross community unlike any other.

Explore this series to get an in-depth view of who we are, and where we’re going.

We Are Welcoming Another Strong Class of Impressive Students

We Are Learning from REAL, Life-Changing, Hands-On Experiences

We Are Home To The Strongest, Most Supportive Alumni In The World

We Are Respected Thought Leaders Across Industries

We Are Transforming Companies From The Inside Out

We Are Making An Impact On The World