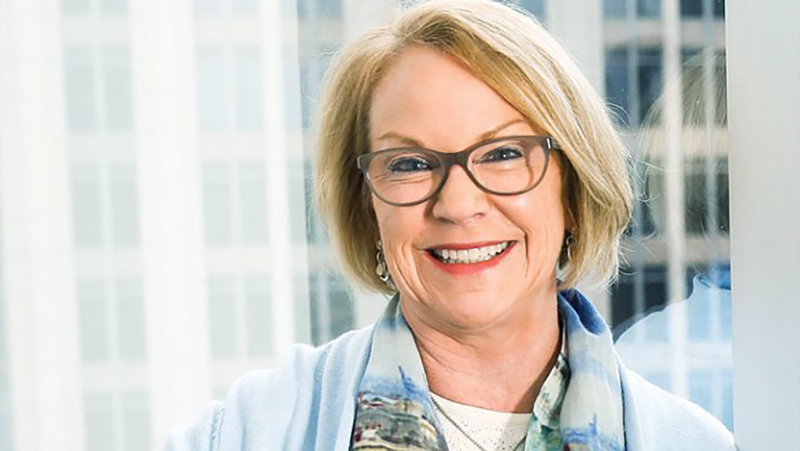 In a new report out this week, American Banker magazine recognizes Michigan Ross alum Catherine Bessant, BBA ’82, as the most Powerful Woman in Banking for the second year in a row.

Earning the top spot among 25 of the nation’s leading banking executives for a second time caps a year rich with achievement for Bessant. As chief operations and technology officer at Bank of America, where she’s worked for 36 years following her BBA at U-M, Bessant is bringing a dynamic approach to business technology while wielding influence well beyond the company’s walls.

Chief among Bessant’s projects this year was the rollout of Erica, Bank of America’s first AI virtual assistant. Erica supports customers with a variety of queries about their personal banking, such as transaction searches and account balances, and also provides proactive notifications to help customers better identify their financial behaviors. In its first three months, Erica attracted approximately 1 million users and has since reached more than 2 million.

Earlier this year, Bessant was also formative in founding the Harvard University Council for the Responsible Use of Artificial Intelligence, a forward-looking group that explores opportunities at the intersection of ethics and technology, such as how to ensure diversity and prevent hiring bias using algorithms and projection models.

The scope of Bessant’s impact reaches her academic roots, too. In August, she joined Scott DeRue, Edward J. Frey Dean of Business at Michigan Ross, in leading Ross students to the summit of Mount Kilimanjaro. Bessant’s decision to tackle the arduous climb — which required months of preparation — was a natural extension of her willingness to push boundaries in business.

As Bessant told American Banker magazine, “It’s all about mental fortitude and preparation, dealing with 100% certain adversity and 100% certain discomfort.”

Read more about Bessant — and memories of her time at U-M — in the recent issue of Dividend magazine.