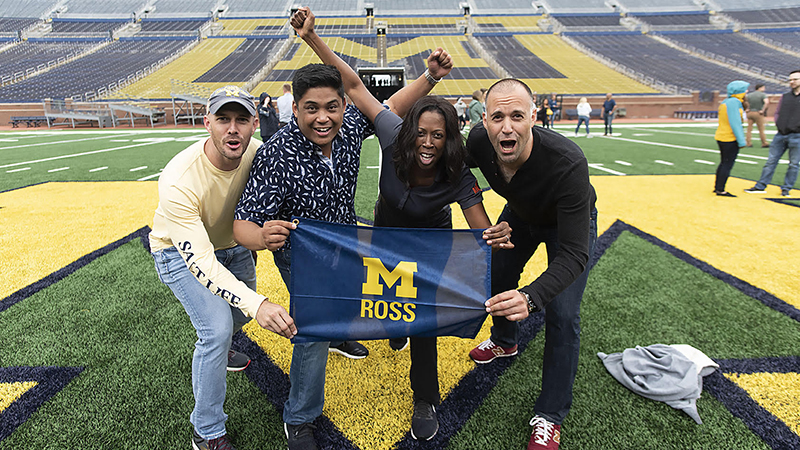 In a new world-wide ranking released this week by the Financial Times, the Michigan Ross Executive MBA program rose three spots to place #33 in the world.

This latest ranking from the Financial Times looks at several factors that prospective executive MBA students may be considering when evaluating programs, including the average salary increase and career progression of graduates, and the effectiveness of the faculty research. Michigan Ross performed well in all of these metrics.

In fact, graduates surveyed by FT for the ranking reported an average salary of $272,682, an average increase of 62 percent over when they enrolled in the Ross Executive MBA program.

For the newest class of EMBA students, the largest ever, almost 10 percent have roles in the C-suite of their company, including seven CEOs.

Students in the latest class hail from 17 states and more than 35 industries and functional areas, ranging from law to financial services. This combination of diverse perspectives and experiences is a defining characteristic of the Michigan Ross Executive MBA.