Michigan Ross Alum Collects More Than 1,000 Bikes To Give To Detroit Youth This Holiday Season 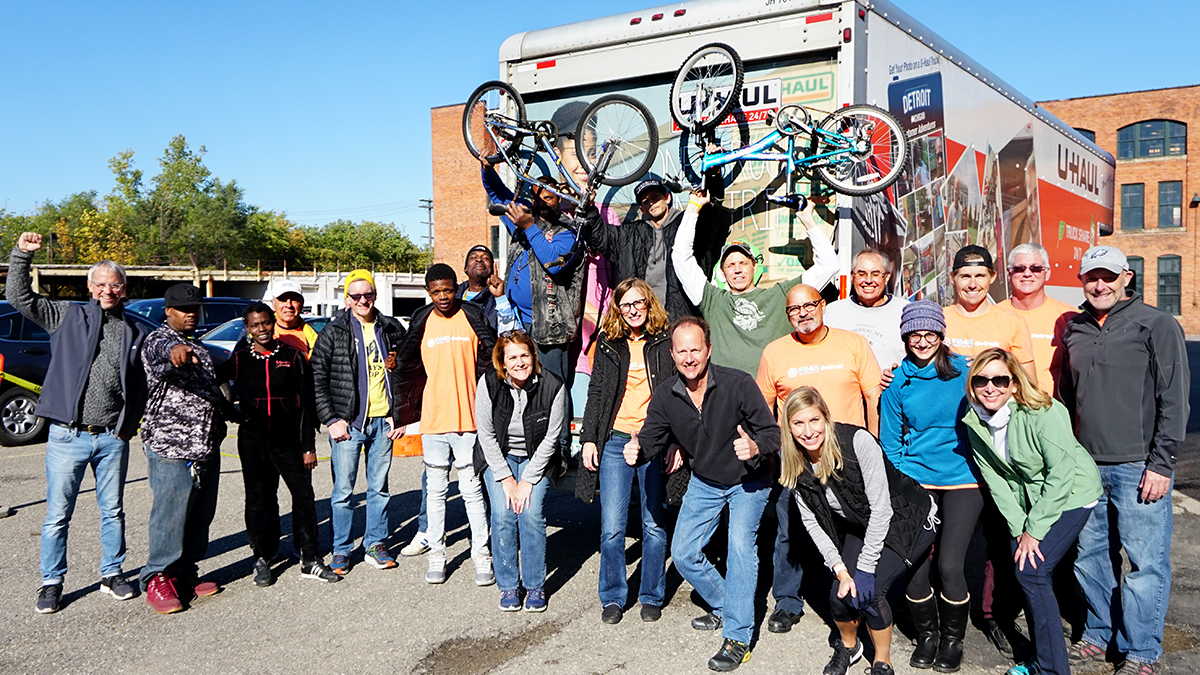 Michigan Ross Alum Bob Barnes, MBA ’91, is passionate about bicycles. He bikes to and from work every day in his home city of Detroit, and he strongly believes in the positive effects of riding, especially for young people.

“From a more active lifestyle to a stronger sense of freedom and independence, kids in our community can get a jump start on a healthier and happier childhood through bike ownership,” Barnes said.

That’s why this year, Barnes set the ambitious goal of collecting 1,000 bikes to give to Detroit youth this holiday season — a goal he exceeded by gathering more than 1,100+ bikes.

Barnes, who serves as the executive director of Free Bikes 4 Kidz Detroit, a non-profit organization with eight chapters across the country (others are found in Minnesota, Georgia, Oregon, Utah, Washington, and Wisconsin), began the journey to collect and distribute 1,000 bikes in March of this year, when the organization received its 501c(3) designation from the IRS.

Since then, more than 700 volunteers have donated thousands of hours of their time to collect and refurbish bikes from around the state. Of the 1,100+ collected, about 925 of them were in good enough shape to be rehabbed and given away to youth this winter.

Managing hundreds of bikes and people requires a solid business model and plenty of support. Free Bikes 4 Kidz Detroit partnered with the Henry Ford Health System and Health Alliance Plan to make it all happen.

“We partnered with local health care providers for three reasons,” Barnes said. “We share a common mission to reach out to the community to improve the health of the residents, particularly the youth. They have the financial resources to assist with the expenses of our operation. And, maybe most importantly, they have brick and mortar locations spread across the metropolitan area which serve as drop off locations for our bike collection day.”

The workshop where volunteers have spent hours and hours tuning up, cleaning, and refurbishing bikes was also generously donated by real estate organization The Platform, and it’s right next door to another landmark that changed the way the city of Detroit moved: Henry Ford’s Piquette plant where he built the first Model-T.

Barnes said he and the army of volunteers are wrapping up final refurbishing work on the bikes they plan to give away this holiday season, but he encouraged any alums interested in helping out to visit fb4kdetroit.org and follow Free Bikes 4 Kidz Detroit on social media.

“We’ll have another bike donation day in early October 2019 and repeat the whole process,” he said.

Barnes and his team hosted their Detroit bike giveaway event earlier this month. Check out this video from the day: