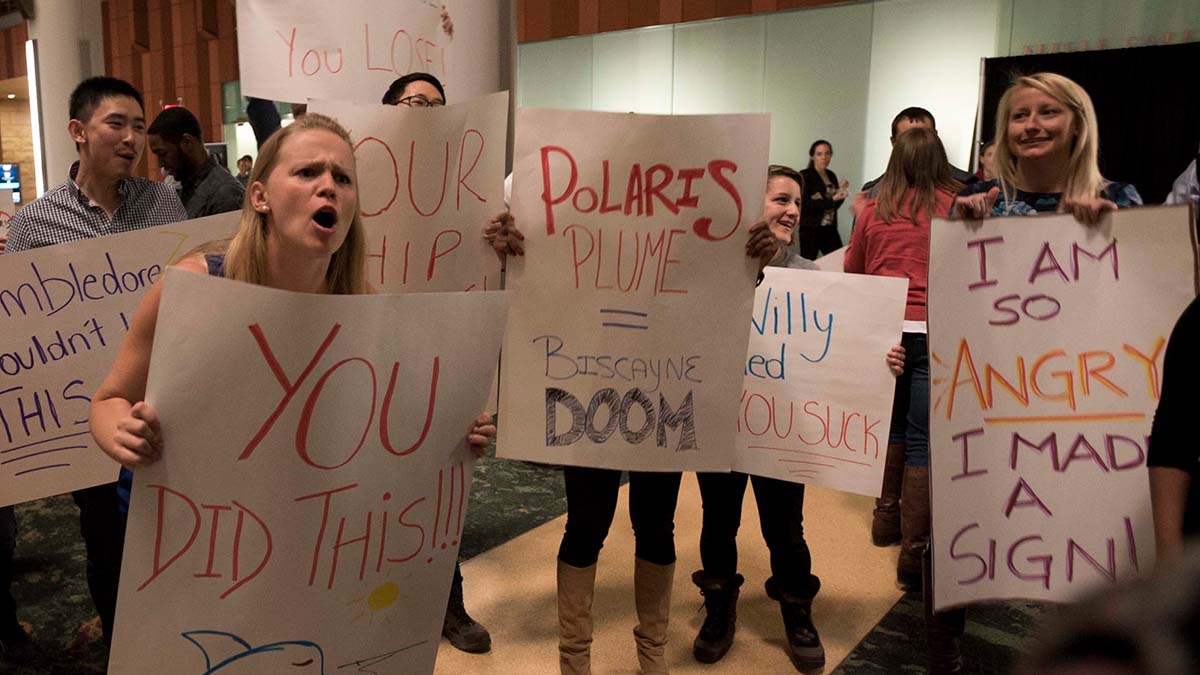 What’s the best way to learn how to manage a crisis? Experience one. Feel the discomfort. Learn from the failure.

More than 200 University of Michigan graduate students from 14 different degree programs will do just that when they come face-to-face with a PR nightmare tonight during the kick off the Sanger Leadership Center’s 2019 Leadership Crisis Challenge.

Playing the roles of C-suite executives of a multibillion-dollar company undergoing a serious and rapidly unfolding crisis, students will spend the next 24 hours navigating the company through tumultuous waters as they strategize on how best to keep it afloat.

The world is watching and the company’s future is at stake.

And that’s just the beginning — throughout the night, new twists and turns to the situation will keep the teams on their toes and take the crisis from bad to worse to utterly catastrophic.

So how will it unfold? What murky details await the teams as they try to lead through uncertainty and stress? Will the students sink or swim as the crisis unfolds?

Exact details of the challenge will remain a secret until the event kicks off tonight, but stay tuned and check back here for updates as the students scramble to respond to the increasing pressures and evolving demands of the quickly-developing situation.

Students are now taking on the roles of C-suite executives of the fictitious Polaris Cruise Lines.

Tonight and tomorrow, they’ll be dealing with a disaster: an algae bloom in Miami’s Biscayne Bay has devastated the local ecosystem and tourism economy, and Polaris might be to blame.

Not only do the student teams need to come up with a crisis management strategy and PR response to present to their board of directors first thing tomorrow morning, they also have to face a firestorm of criticism from real journalists during a live press conference in front of their peers and competition judges later in the afternoon.

It’s all the talk: a toxic algae bloom in Biscayne Bay has decimated the local ecosystem, negatively impacted the health of local residents, and is wreaking havoc on the region’s economy.

The cause? It could be improperly released ballast water from a Polaris Cruise Lines ship, the Night Sky. Large ships pump in and release ballast water to help stabilize weight loads. Maritime regulations require all ballast water to be treated before being discharged — if not, ships could release invasive species and bacteria into foreign waters.

Polaris recently installed a top-of-the-line ballast water treatment system in all of its ships, but even the CEO of the company that created the system admits that it might not be 100 percent effective at treating certain microscopic algae.

Decisions are due in half an hour — and the night has just begun.

TEG, an Australian cable network, was gearing up to record a reality TV show on a Polaris Cruise Lines ship — which would have been an excellent advertising campaign for the company. But TEG has postponed taping due to the Biscayne Bay crisis and is even researching other settings for their production.

The cable channel, which is focused on travel and the environment, doesn’t want its reputation tarnished by the Polaris scandal. As if enough eyeballs weren't already looking into how Polaris plans to respond, a TEG producer tells an international paper that the network is currently reviewing its contract with Polaris and awaiting the company's response to the crisis.

Exposé In the News: An Employee Tells All

The headline is a bombshell: “Experts Say Algae Bloom is Likely the Result of Polaris Employee Error.”

Even worse, an anonymous Polaris employee claims that most ballast water is left untreated before being discharged, due to inconsistent training practices and high employee turnover.

The employee claims this practice is widespread across the Polaris fleet.

Surprise! Ambushed By Protesters and the Press

Over the course of an hour, student teams are accosted by a demanding set of reporters. Everyone wants to know: How will Polaris take action? Will it take responsibility to restore the Bay? Will it compensate impacted residents, visitors, and businesses? 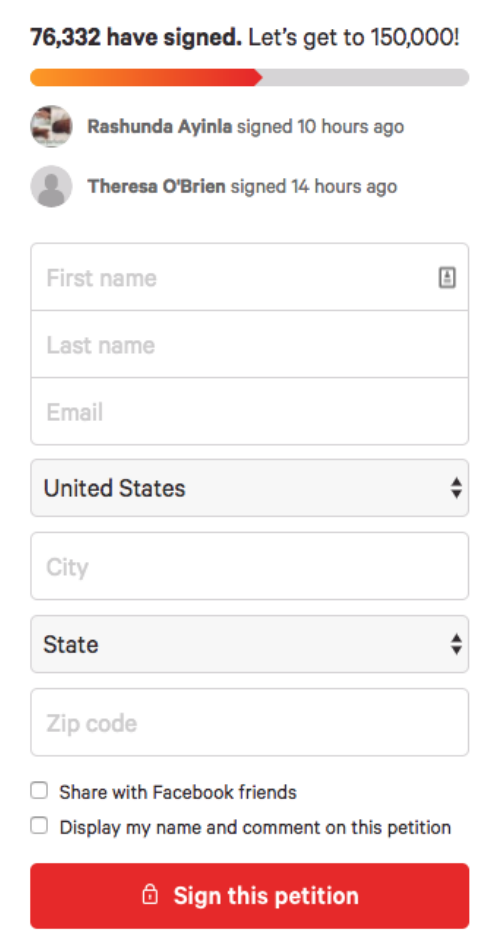 Wildlife have already perished — the bloom has killed eight bottlenose dolphins and two manatee calves. The petition claims that thick blankets of algae have caused a lack of oxygen in the water, which can contaminate and kill plants and animals. The petition also claims that Biscayne Bay residents who have swam in the affected water or eaten contaminated seafood have experienced rashes, stomach pains, and vomiting.

Things couldn’t possibly get much worse for these embattled executives.

The Investigation Is Finished ... And It's Not Good

Ok, so maybe things can still get worse.

An engineering supervisor for the troubled ship, Night Sky, sends an email to the Polaris executive team: An internal investigation has concluded that a particular employee “is most likely the responsible party for any failure to effectively utilize our ballast water treatment system.”

This employee’s actions “have potentially released tons of untreated water into the bay and elsewhere.”

Teams have just 90 minutes left to sort out how they plan to solve what has turned into a nightmare situation: a company in financial trouble, the public demanding accountability, an environmental catastrophe with effects that could be felt for years, and a board of directors hungry for answers.

Check back tomorrow morning for how this crisis evolves next.

You've Been Served! Now Face The Board

In the middle of the night, the U.S. District Court for the Southern District of Florida issued a subpoena to Polaris Cruise Lines: The Greater Miami Chamber of Commerce has filed a civil suit against the company.

As if that’s not enough troubling news to wake up to, now the student teams have to face the Polaris Board of Directors with a plan of action — and it better be a good one, because shareholders are not pleased, and neither are Polaris employees.

An impressive list of 25 business leaders, including many Ross alumni, are acting as board members today, including:

After a long night and a tough morning, it’s time to face the press. Journalists from The New York Times, CNN, Politico, The Wall Street Journal, and the International Center for Investigative Reporting will ask the students about their plans — and these won’t be softball questions.

Congratulations to Team Uno - the winners of the 2019 Leadership Crisis Challenge!

Congratulations to the winners of the 2019 Graduate Leadership Crisis Challenge, Team Uno! Thank you again to our sponsors @pncbank and @generalmotors for their support, and to everyone who helped out in the #crisischallenge2019

The Leadership Crisis Challenge is developed and led by the Sanger Leadership Center with generous support from PNC Bank and the GM Foundation. The challenge is an opt-in program for U-M students that is offered twice during the academic year. This includes a January challenge for MBA, MSCM, MAcc, MM, and other U-M graduate students; and a March challenge for BBA, business minor, and other U-M undergraduate students.

Learn more about how you can participate