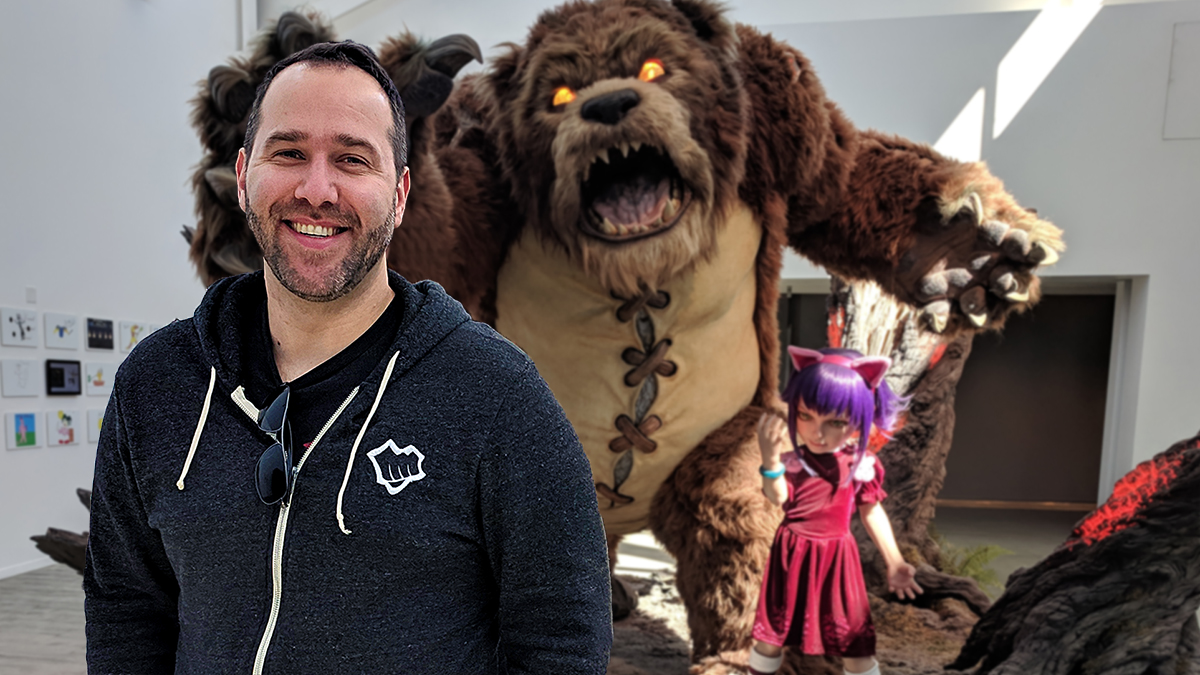 More than 99 million people watched the League of Legends World Championship in 2018 — a larger audience than the most recent Super Bowl — and John Knauss, MBA ‘15, was closely monitoring the action the entire time.

In the world of competitive online gaming, no one stands taller than League of Legends, a multiplayer online battle arena game owned by Riot Games. Knauss is a product manager lead for Riot Games and the esports streaming platform that hosted the LoL World Championship.

As manager of the company’s data ecosystem and digital intelligence function, Knauss knows better than anyone that the world of esports is experiencing explosive growth.

“Esports went mainstream in Asia long ago,” Knauss said. “And it’s only going to keep expanding in the U.S. where kids growing up in the last 10 years or so play and watch video games as a form of entertainment. As that generation starts to enter their late 20s, esports will really start to flex its muscle in the US and prove its revenue potential.”

Market research group Newzoo has estimated that the global revenue of esports will top $1 billion for the first time in 2019 as companies like Riot Games develop the platforms and partnerships that will fuel the growth.

“Esports viewers are still undervalued in the market. Finding ways to help advertisers and brands understand the value of this new emerging audience so we can start unlocking more revenue is a large part of what we are doing right now,” Knauss said.

“We have a good case to make. Our audience is primarily college educated 18 to 34 year olds with higher than average incomes, and, importantly, our programming isn’t limited in the ways that traditional TV sports are in terms of creating new and interactive watching experiences.”

Knauss said to imagine you could tune in to watch Lebron James workout or practice — he talks to everyone directly, answers questions, and is basically there to entertain you. Every day.

“People become deeply connected with their favorite personalities and this adds to long term engagement,” he said.

And it creates huge market potential.

“The esports industry is in a sweet spot for MBAs,” Knauss said. “The industry has matured to the point where it needs MBAs and sees value in their skillset. But, it's still early enough that you'll be given more opportunities and responsibilities more quickly than you would in a traditional industry.”

But how will Knauss deal with the responsibility of our 20 Questions?

What’s the most thrilling or adventurous thing you’ve ever done?

Traveling Mongolia. A group of friends and I were working in China and needed a serious break. We found a site that allowed us to rent an old Soviet troop transport and a motorcycle, and then spent the next two weeks traveling across the country with our driver Samba. The Naadam festival was a high point, watching several days worth of traditional wrestling, archery, and horse racing.

What is your guilty pleasure?

Imgur. It's an online image sharing site and a great example of the internet's ability to distract you with endless new content. But hey, there are a ton of cute cat pictures my wife and I can send each other.

I took a somewhat untraditional path for my first job. Out of college I saw an opportunity to combine my passion for Japanese culture with my desire to fix a problem I saw in the market. At the time there weren't great ways to buy Japanese items like Anime (cartoons) and Manga (graphic novels) in the US. So I started a retail website. It was myself and a part-time contractor designing, coding, and fulfilling orders. It was a lot of work, but a great experience, and how I fell in love with start-ups.

What advice would you give yourself 10 years ago?

Go back to school and get a degree in Computer Science. Being self-taught is great but having that little piece of paper would make life a lot easier.

What is the first website you visit every morning?

Frita Batidos. Their burgers are just a big mess of egg, fries, and meat that are the perfect answer to a freezing night in AA.

Which Ross professor was most influential for you?

Robert (Bob) Quinn has had a huge impact on my life and has helped shape "my best self" as he would say. His transformational leadership class was one of the most intense experiences of my life, showing me a vision of what truly transformational leaders look like and the positive impact they can have on people's lives. Also, his kindness left a lasting impression that I've tried to live up to ever since.

Must-have app on your phone?

Waze. Traffic in LA is the worst. Waze makes it just a touch better by rerouting you in real-time, using side streets, and shaving a couple minutes off your drive. (Wow I sound like an advertisement... anyway, it’s good!)

Mtrek. Hiking through the mountains of Peru exploring Machu Picchu was the perfect introduction to Ross. It was my taste of the types of experiences I would have and the people I would meet over the next two years. It’s something I'll always cherish.

What do you miss most about Ann Arbor?

The brisk, fall days. Probably sounds odd coming from someone from LA, but we don't really get seasons here and one year just blends into the next.

Any League of Legends advice for the noobs?

Forget about winning or losing. Focus on improving each game. Be it CSing, vision, or playing around the person who is fed (even if they are a complete toaster). Also, find someone you like playing with. League is a team game, so it's much more fun when you're playing with friends.

Right now it's Forensic Files. My wife got me hooked on it. Nothing quite like late 90s crime docu-dramas.

Best business decision you’ve ever made?

Taking less money and a lower title for a job that I knew was going to teach me a lot, knowing it would pay off in the long run.

What’s a book you’ve read recently? How was it?

David Foster Wallace's collection of essays "Consider the Lobster". His writing is brutally intelligent and irreverent to the extreme. I've been hooked on his writing since I picked it up, and sad that I've only just now found his work.

First place in Pistolera's annual chili cook off in Shanghai.

If you could pick up a new skill in an instant, what would it be?

Speaking new languages. I've always loved the idea of being able to travel the world and connect with the people I meet along the way. Hearing their stories, learning from them, getting a snapshot into their world.

Do you collect anything?

What job would you hate to have?

Any job on Capitol Hill. Worked there as an intern. There is a complete disinterest in finding better ways to do things. That drove me nuts.