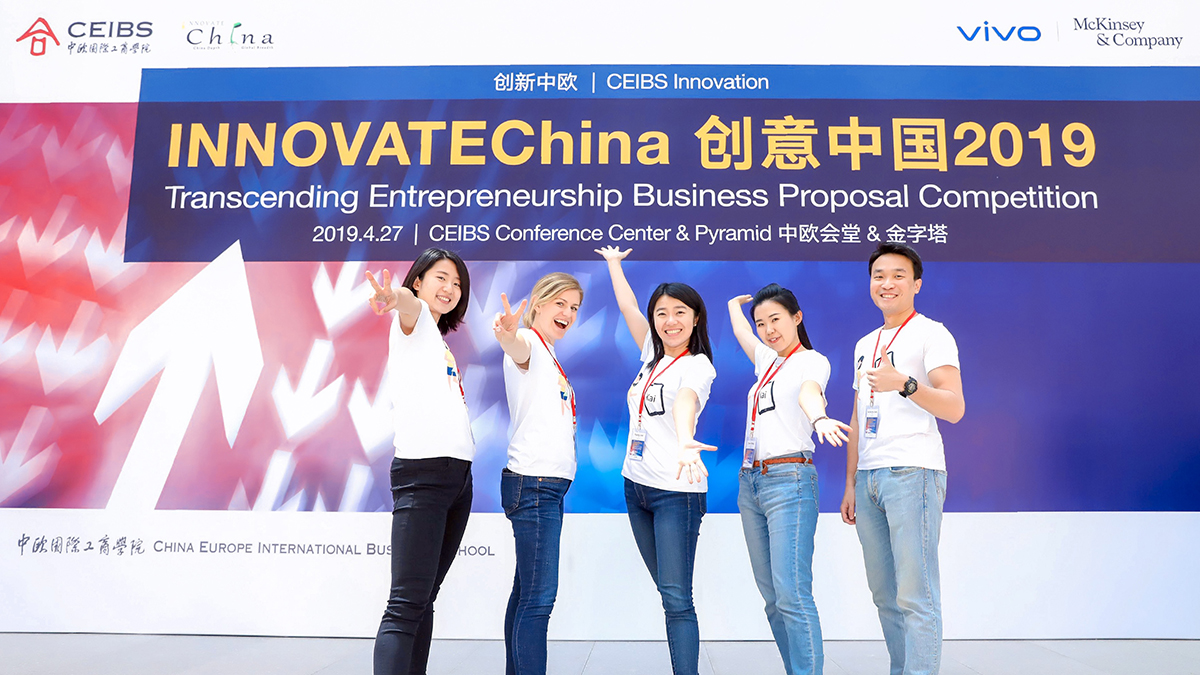 After beating out dozens of teams from business schools around the world, five Michigan Ross first-year MBAs were the only all U.S. team to make it to the finals of INNOVATEChina 2019, one of the largest and most influential contests focusing on business innovation.

For their business proposal, the Michigan Ross team created Kai, a new toy-kit that motivates young girls, ages 3-6, to embrace STEM through engaging experiences. The product consists of a Kai app, where children can interact with games and stories that teach the STEM basics, along with physical toys can be played with in parallel to the app.

During the final round of the competition, which took place in Shanghai, Team Kai gave a 60-second elevator pitch of their business idea and 15-minute presentation followed by a 15-minute Q&A session with the judges. The team was evaluated based on criteria including market strategy, financial potential, and originality.

“This was one of the best experiences during my time at Michigan Ross,” said Bruns. “Participating in the INNOVATEChina competition showed us how the many benefits of Ross come together in action. We applied elements from our core classes to create a well-rounded pitch.”

Bruns said Team Kai practiced with Ross faculty and received their feedback before traveling to China and even tapped the greater University of Michigan network to find a UX designer to help with the design of the Kai app.

“Every step of the way — from brainstorming ideas to presenting in front of an auditorium — was a learning process,” explained Bruns. “We believe this is a true example of action-based learning, with possibly the greatest lesson learned being simply to take action. If we did not take the first action to sign up, we would have missed out on an incredible journey.”

When students return to classes in the fall, Bruns said they will share their experience in the competition with their MBA classmates. In addition, she said Team Kai is not done yet, and that they plan to enter more competitions to get in front of VC firms in the coming year.

More about the Ross Full-Time MBA