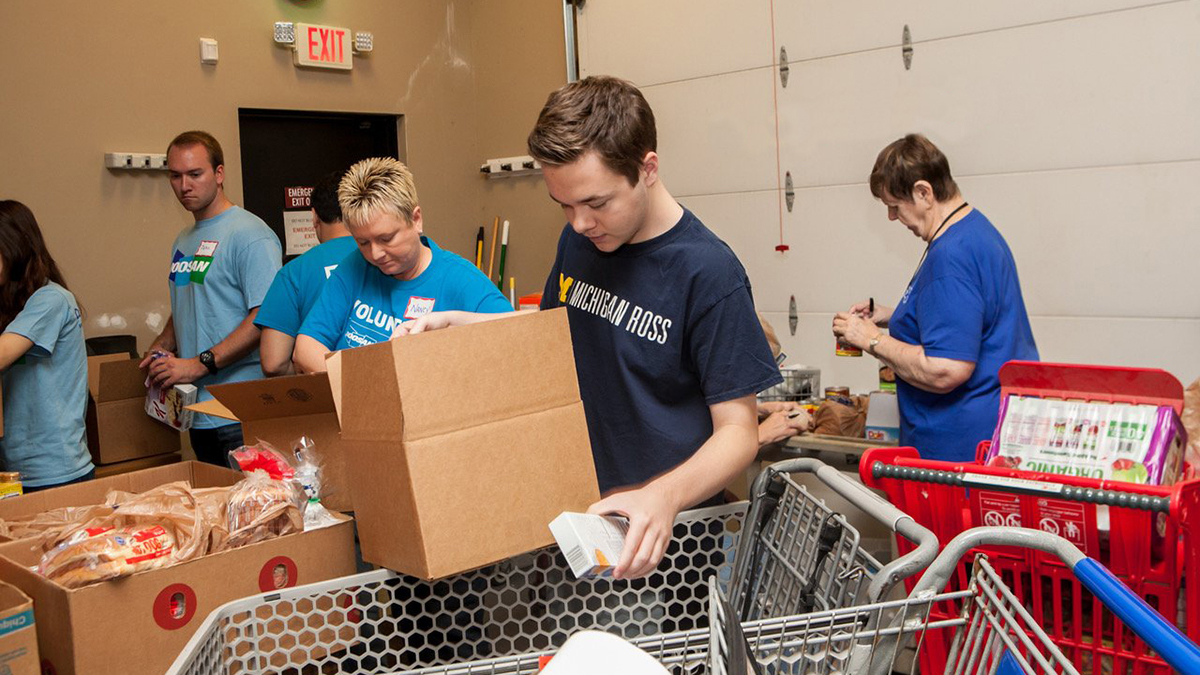 Originally developed to help people locate food assistance programs around his hometown of Atlanta, BBA alum Jack Griffin’s nonprofit FoodFinder is now looking to reach the masses thanks to a hefty grant from the Walmart Foundation.

As a sophomore in high school, Jack Griffin watched a news segment detailing the lives of two children who were forced to live out of a truck due to costly medical bills for their late mother, and was immediately inspired to help other members of his community in need.

“When I first did a simple online search to try and find places that I could volunteer at or donate to, I discovered that it was surprisingly difficult to get the information I needed about these kinds of outreach programs,” said Griffin. “That’s when I thought that maybe instead of just contributing to an existing food program, I could try and bridge this information gap and make it easier for food insecure families to find where they could get food for no cost.”

It was this idea that motivated Griffin to launch FoodFinder in 2014. FoodFinder is a website and mobile app that helps families in need locate free food assistance programs near them. Although its initial mission was to serve the community surrounding Griffin’s hometown of Atlanta, a recent grant from the Walmart Foundation will allow FoodFinder to further expand its outreach nationwide.

The six-figure grant, which Griffin announced to supporters in a video on FoodFinder’s social media accounts, will support FoodFinder in reaching hungry families and teachers across the country; salary assistance for its first-ever full-time employees; and a crowdsourcing portal that will allow food pantries across America to create their own listings on the website.

Someone pinch us! @WalmartOrg has given us our first six-figure grant and teamed up with FoodFinder to help more than 100,000 people in the next 12 months. Here's Jack to tell you more about the partnership! pic.twitter.com/A8fMztwxDO

Griffin, who graduated in May, used many resources at Michigan Ross to help him and his business become so successful.

“I was able to leverage almost every class I took in Ross and apply new skills to running FoodFinder,” said Griffin. He explained one of the greatest supports for his endeavors came from the Zell Lurie Institute.

“Everyone in ZLI is an extraordinary person that demonstrated a sincere interest in my journey and future success,” he said. “I remain extremely grateful for the time and care they put into their roles of guiding young entrepreneurs through University of Michigan and beyond.”

As for students who are interested in starting nonprofits of their own, Griffin has some advice:

“Don’t be afraid to tackle longstanding, massive issues in society. A young and fresh approach to those kinds of issues is desperately needed across the board… Especially given our familiarity with technology, it’s worth remembering how technology has transformed countless for-profit sectors but remains the least utilized in the nonprofit sector, the area in which it also has undoubtedly the absolute greatest potential to meaningfully improve people’s lives.”

Read more on Jack Griffin and FoodFinder in a recent interview with Poets&Quants.