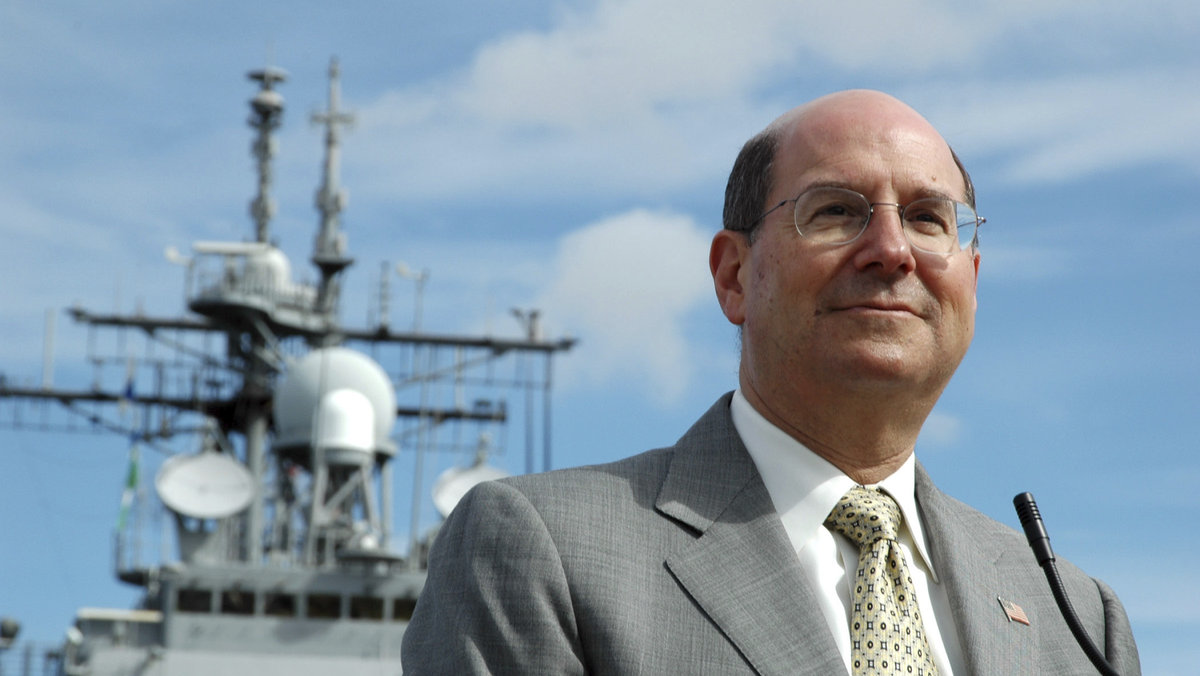 As one of the many activities taking place during the University of Michigan’s 2019 Veterans Week, the Ross School of Business is hosting an event centered on how business and policy leaders can leverage leadership lessons from the military.

Co-sponsored by Michigan Ross, U-M’s College of Engineering, and the Gerald R. Ford School of Public Policy, “Authority, Accountability, and Responsibility: Translating Military Leadership Lessons for Business and Policy Leaders” will run from 5:30 - 6:50 p.m. on Wednesday, November 13, in Robertson Auditorium and will be livestreamed by the Ford School. It is free and open to the public, and will be followed by a reception.

The event will feature an armchair conversation between former U.S. Secretary of the Navy Donald Winter and Mike Barger, professor of business administration and executive director of the Office of Strategy and Academic Innovation at Michigan Ross, who served as a Naval officer for 13 years.

"The event will give us an opportunity to explore leadership lessons that Secretary Winter learned during his tenure as the Secretary of the Navy, a post he held from 2006-2009. Specifically, the Secretary will share his thoughts on the importance of authority, accountability, and responsibility for anyone in a leadership role, military or business,” said Barger. “As Secretary of the Navy, he oversaw a massive force of nearly 900,000 members and managed an annual budget of nearly $125 billion, all within a remarkably complex and uncertain global operating environment. I believe Secretary Winter has incredibly valuable and practical insights to share that can be very helpful to today's business leaders."

One of the topics Barger hopes to explore during the conversation relates to a leader's responsibility to serve a broad range of stakeholders, all of whom have very specific and unique interests in any enterprise — business or military.

“In light of recent developments where senior business leaders have underscored the importance of serving the needs of multiple stakeholders, beyond the traditional primary focus on shareholders, Secretary Winter should have some particularly interesting insights to share,” he explained.

From his own experience in the military and the corporate world, Barger said he’s found many lessons from the military that translate into business, such as being able to understand the big picture and recognizing that not everything goes according to plan.

“There’s a notion in the military that no plan withstands contact with the enemy — meaning as soon as you start the mission the plan will likely change,” he said. “Those with military experience are quick to acknowledge this, and make it clear to their forces what the end game is, so even when the plan changes they know the specific objective they’re working to achieve.”

Barger said veterans make particularly good business leaders because they are naturally good at understanding what they are trying to accomplish, adapting to uncertain and highly complex environments, and working on a team. “There’s also a ‘let’s get it done’ mindset in the military that’s exceptionally helpful in business contexts,” he said.

Michigan Ross and U-M offer a number of resources to support veterans and military members, including the Armed Forces Association at Michigan Ross, which helps advance veterans in business. The university also provides free tuition status to those who serve.