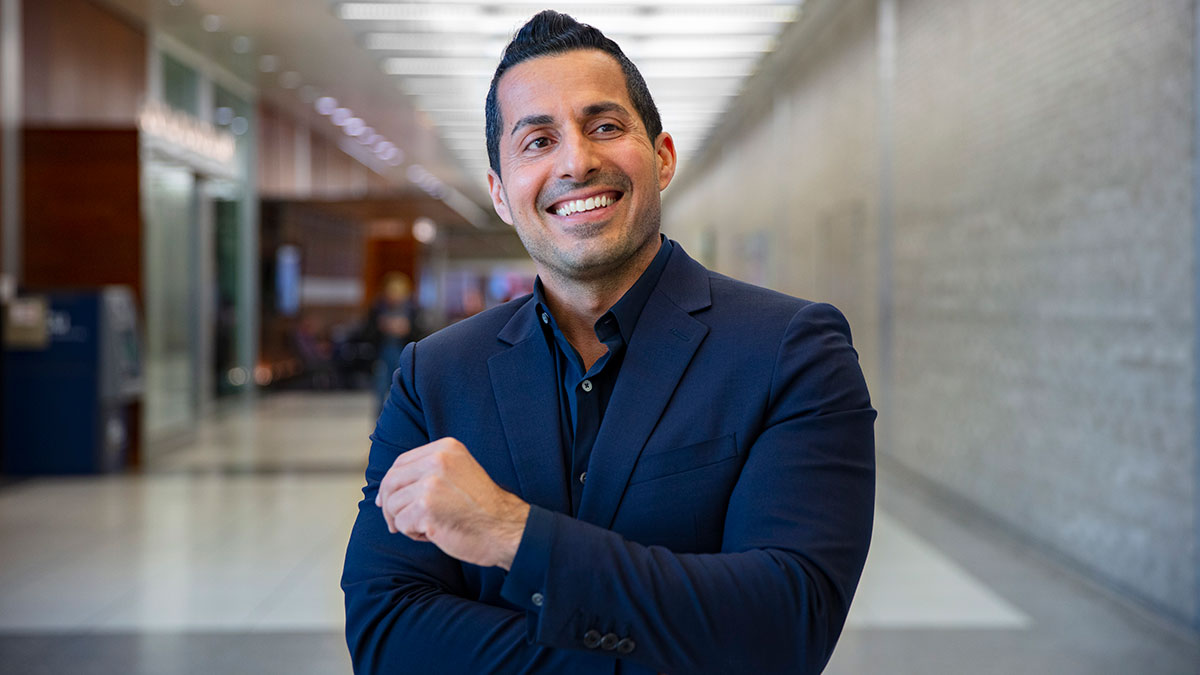 Jason Castriota, EMBA ‘18, is the brains behind some of the most innovative brand campaigns in the auto industry.

Some children grow up wanting to be a doctor or professional football player – Castriota grew up sketching Ferraris with his hopes set on working for the famous Italian design house, Pininfarina. That childhood dream became a reality when he was hired straight out of design school in 2001. In just five years, he became the youngest chief designer in the company, responsible for Ferrari and Maserati design.

Castriota went on to open his own design and brand strategy consultancy out of New York City, and worked for several major car companies including Saab, Acura, Lincoln, and other exotic car brands. Each of these experiences paved the way on his journey from designer to global brand director.

“It is really the culmination of all my educational and professional experiences,” said Castriota. “I have always been enamored with emotive brands that seamlessly integrate beautiful design, clever innovations, captivating ceremonies of operation, wrapped in a human story.”

Castriota currently works for Ford as global brand director for battery electric vehicles, working on end-to-end solutions for the product creation and delivery, as well as the customer experience, brand vision, strategy and narrative.

His recent work on the Mustang Mach-E was highlighted by the Los Angeles Times as a critical part of turning Ford in a “new, more aspirational direction.” The ability to be human-centered and evoke emotion within customers is the way that Castriota says he finds success on many projects, including the Mach-E.

“The overriding consensus at the time was that people who wanted electric vehicles were ‘green’ and didn’t care for design or performance,” explained Castriota. “However, when we looked at how technology was changing the landscape – how companies like Apple were delivering beautiful design, great quality, and engaging emotive experiences, we changed our approach and began to ask different questions.”

We found that our target customers were enamored with technology . . . young, progressives who wanted to feel empowered and move fast and freely through life. Their values mirrored those of Mustang - which has always represented freedom, speed and power.
-Jason Castriota, EMBA'18
Global Brand Director for Battery Electric Vehicles, Ford

Castriota is excited for the future of the Mach-E, and what the battery electric vehicle market has in store for him and his team. He says that his success is not only attributed to his professional experience, but also to his education at the Ross School of Business, which has been instrumental in his development as a leader and collaborator.

“Ross not only increased my fluency and understanding of the world of business, I also learned how to better leverage my existing skill set and experiences – such as my expertise in design thinking – to add further value to the enterprise,” said Castriota.

He also shared a gem from his father that has kept him motivated since a young age: “passion is more important than money.” He said that without that advice he would have never stuck with his dream to design for Ferrari.

“My years in Italy taught me the importance of sacrifice, dedication, honing my craft, and having a unique POV, but, had I never left the comfort of Pininfarina I doubt that I would have grown and evolved,” Castriota explained. “Embracing new challenges, such as pursuing my MBA, has not only enabled me to build a foundation that continues to push both the heights and my own ambitions higher – but has also unlocked new passions that I didn’t know I had.”

MORE ABOUT THE ROSS EXECUTIVE MBA