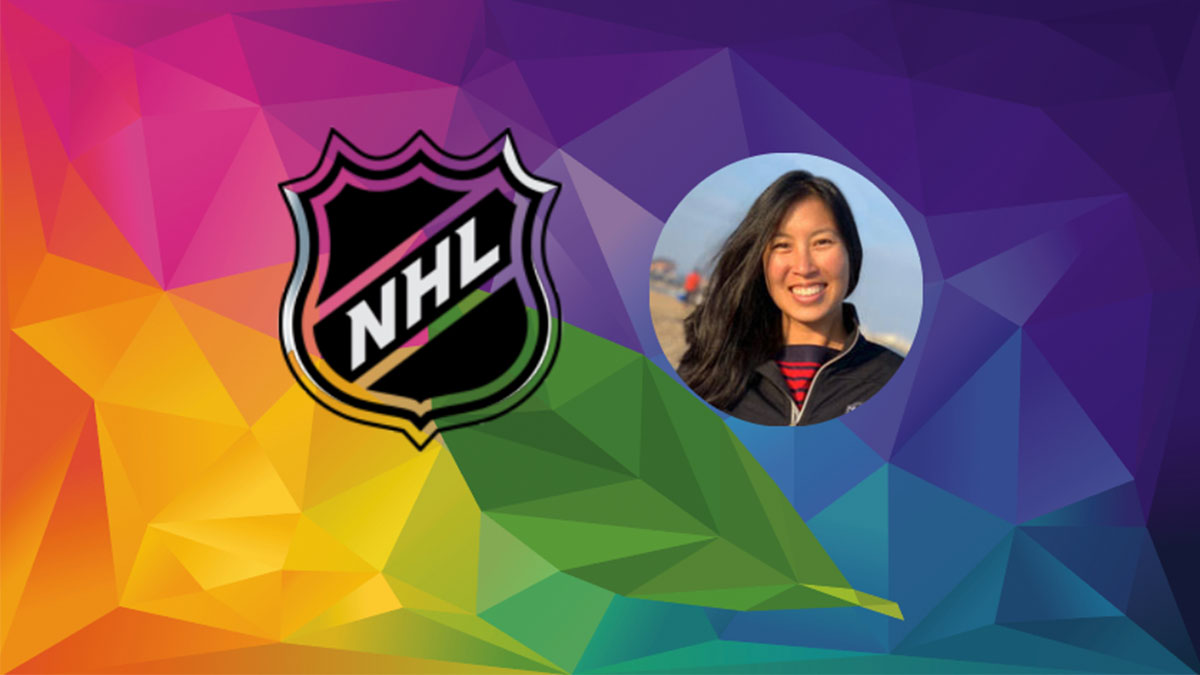 Alicia Chin, MBA ‘14, welcomes new fans into the world of hockey by telling untold stories through diverse and inclusive campaigns, and by engaging them in social impact through the National Hockey League’s sustainability program and other initiatives.

Since joining the organization in 2017, Chin has played a significant role in growth and inclusion for the NHL. Her first position included managing NHL Green, the league’s sustainability program. In this role, she created the second NHL sustainability report, partnered with teams to share and implement best practices, and expanded their community rinks program.

During the 2018 United Nations Climate Change Conference, the sports sector and UN Climate Change released the UNFCCC Sport for Climate Action Framework. Since then, Chin said that many teams started to use the framework as a guide for how to reduce their own carbon footprint, make sustainable purchase decisions, and actively engage fans on environmental issues.

“There is a shift in how the sector is thinking about sustainability, from focusing solely on the direct impact that sports [leagues] have on things like energy, water usage, and waste generation from arenas and stadiums, to harnessing the true power of sports, its reach and influence,” said Chin.

“It’s important to consider the role of sports as a convener – that inspires and mobilizes billions of fans to make informed decisions and take sustainable action themselves.”

Chin is constantly thinking about how she can create an educational, inspiring, and engaging experience for NHL fans as it relates to sustainability. Chin says that environmental sustainability can be used as a lens through which the NHL can help grow the game and increase diversity and inclusion as a business objective.

Two seasons ago, these same ideas became a part of Chin’s work as her position expanded to include multicultural marketing, community relations, and storytelling.

“We position all the work related to social impact, community relations, sustainability and CSR as core to the growth of the NHL business,” said Chin. “These efforts help reduce barriers to our sport and bring new audiences and fans into the game through inclusion.”

Chin introduced several campaigns and initiatives to what many believe to be a sport dominated by, and supported by, mostly white males.

“I launched the league’s Black History Month, Gender Equality Month, and Pride Month campaigns,” she said. “I share untold stories with our fans on social media and digital channels, and directly engage with community leaders on issues of diversity and inclusion.”

Chin shared an experience that she had with a woman who was moved to tears by seeing the rich history of people that looked like her in a sport that she loves.

“Witnessing the impact that representation and engagement has on communities of color is incredibly powerful,” she said. “To know that your work can make people feel acknowledged, seen, and valued is a very humbling experience.”