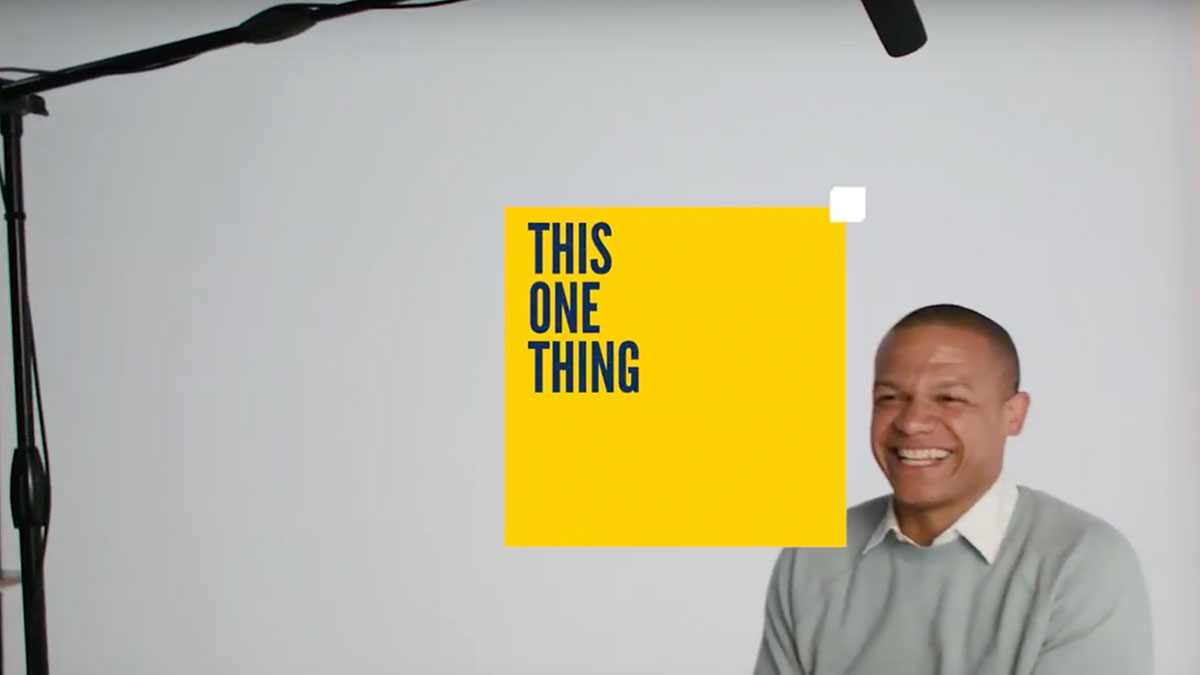 The world is full of wisdom that can help guide us through these turbulent times, if we just know where to find it.

The Yaffe Digital Media Initiative at the Ross School of Business is showcasing valuable lessons that can be found through different sources in two new video series. The series will feature leading experts from various industries, including hip-hop.

In the newly launched “This One Thing” series, leaders who are driving change in their industry answer this critical question: “Of all the things written, discussed, and professed about your industry, what’s the one thing people should know if they are interested in navigating the disruption in your field?”

The first episode in the series features Jason White, chief marketing officer of Curaleaf, who stresses the importance of having your own point of view:

Future episodes, to be released weekly, will feature leaders from companies such as Google, Whole Foods, and Reddit.

"There is so much information available on just about every topic under the sun, which is a great benefit of today’s digital landscape,” said Marcus Collins, co-director of the Yaffe Digital Media Initiative and Michigan Ross marketing professor. “However, the overwhelming access to information can often make finding 'what you need to know' a bit of a challenge. So we thought, why not ask the folks who are on the front lines?"

In addition to the latest series launch, Yaffe also sponsors “Check the Rhyme,” a weekly video series in which Collins extracts powerful marketing insights from hip-hop lyrics. In a recent episode, Collins breaks down a line from Snoop Dogg’s “Drop It Like It’s Hot”:

Subscribe to videos from the Yaffe Digital Media Initiative