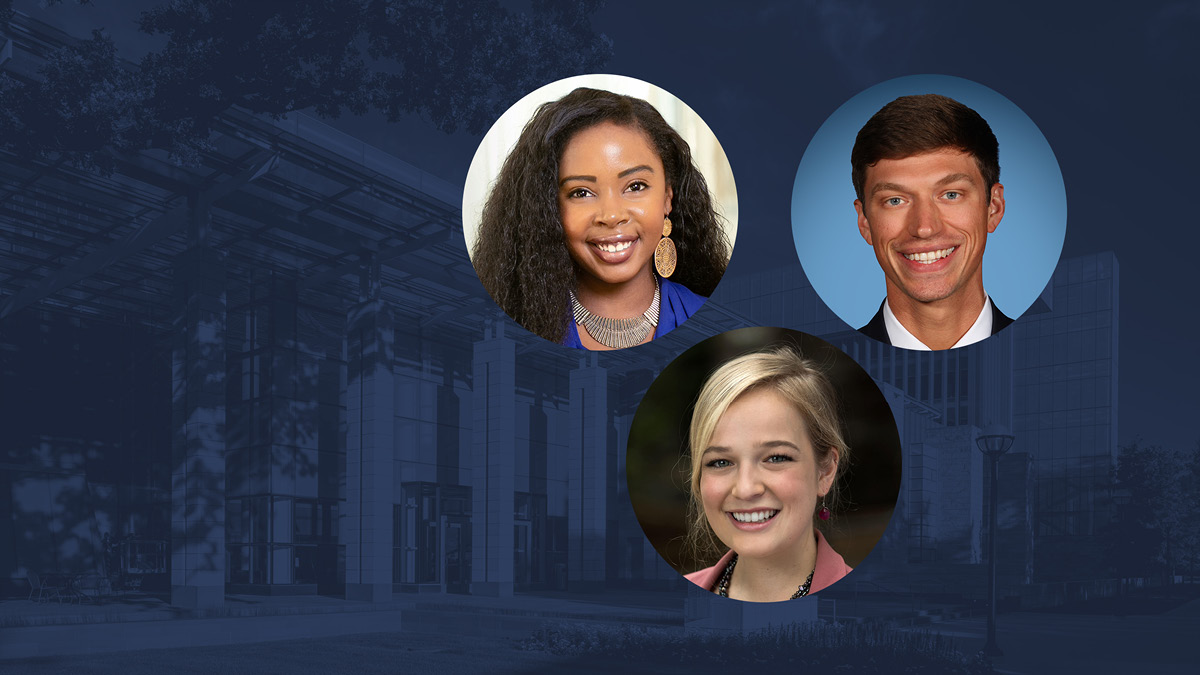 Madeleine Carnemark, Christopher Lee Owen, and LaTresha Staten were named to Poets&Quants’ list of the Best & Brightest MBAs from the Class of 2020, described as those who “distinguish themselves by their ability to create and seize opportunities from day one.”

To compile this year’s Best & Brightest list, Poets&Quants sent invitations to 72 MBA programs globally to seek nominations. Poets&Quants evaluated the nominees in three categories — extracurricular activities, academic and professional achievements, and the insightfulness of the responses — to determine the 100 graduates who made the list.

The MBAs from the Ross School of Business featured on the list certainly embody these characteristics. Carnemark, Owen, and Staten all have pursued their own passions while making a positive impact on the community at large. 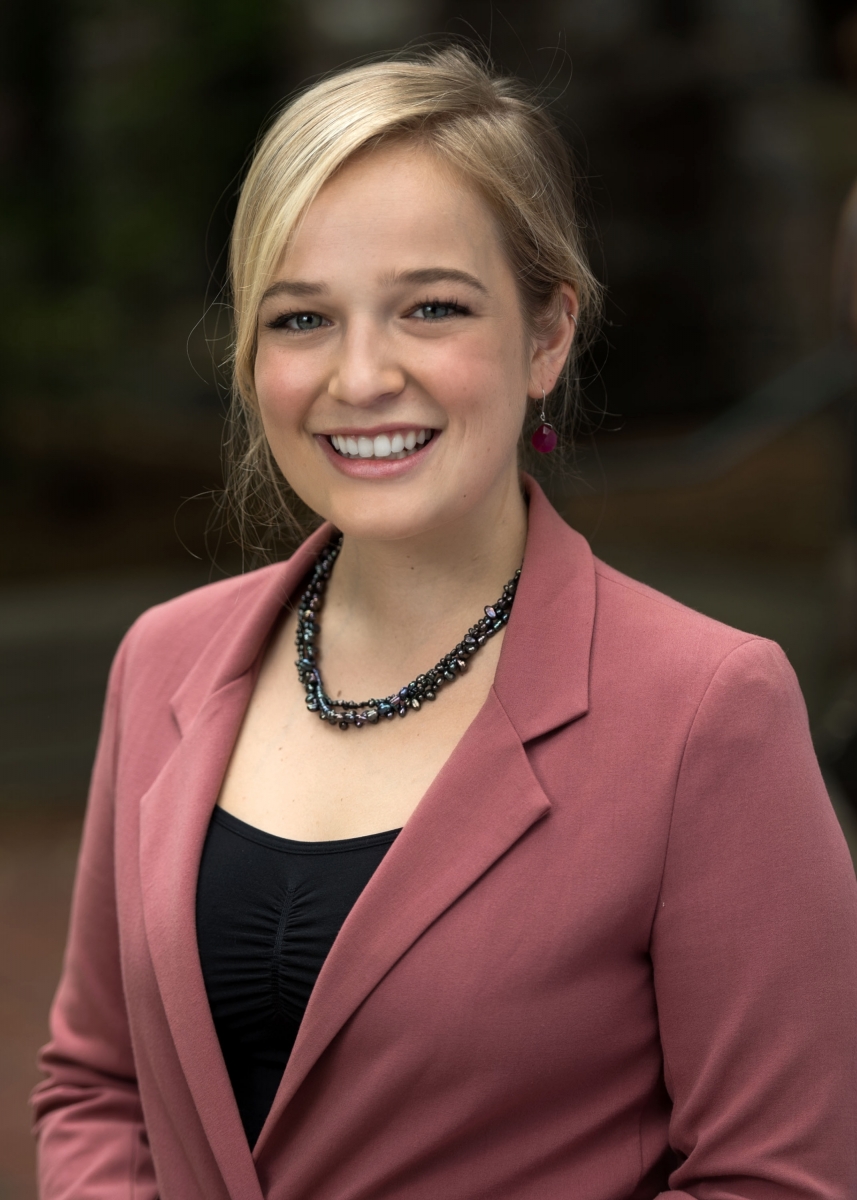 Carnemark came to Ross after working as a pollinator program and policy coordinator for the Center for Food Safety. As a self-described “bug nerd and food enthusiast,” she has enjoyed the opportunity to combine her passions by lobbying on behalf of farmers, beekeepers, and community members to protect ecosystems.

She brought her interests in impact and sustainability to Ross as a dual major in the Erb Institute program. During her time as an MBA student, she held various leadership positions and was actively involved in the community.

Carnemark recounted one experience in particular. “Working on the Women in Leadership Conference was the most transformative and fulfilling experience I had during my time in school,” she said. “Leaning in to my experience at Ross, I came to understand both the tremendous power women have in the workplace, but also the hard work that men and women must still do to create an equitable working environment.”

Carnemark also shared that she chose Ross for its community: “Our community is the core of what makes us great and it’s an intangible asset that makes this degree impossible to put a price on. Coming from a very non-traditional background, I have loved going to a school that is collaborative at its core. With a major focus in impact and sustainability (particularly with the Erb Institute), I have always felt at home at Ross.”

Carnemark was a two-time recipient of the prestigious Percy Community Service Award, awarded to members of the Erb community for their outstanding commitment to enhancing the student community. She will be working as an associate at McKinsey & Co.’s Denver office after graduation. 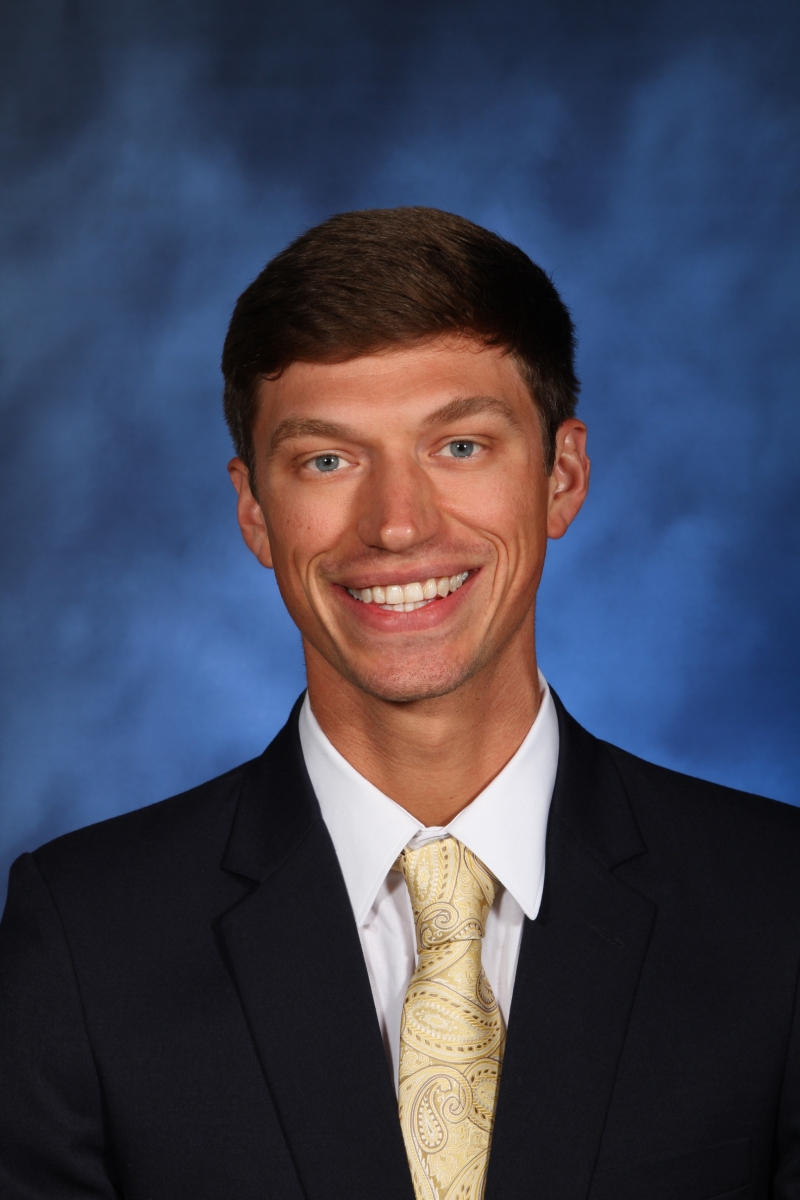 Like Carnemark, Owen followed a non-traditional path to get to business school. As an undergrad he majored in theology and philosophy, with the intention of becoming a pastor. But he also embraced entrepreneurship, launching five startups ranging from a financial consulting firm to a sporting goods resale business.

Prior to coming to Ross, Owen served in Ecuador with the U.S Peace Corps, where he helped community-owned organizations develop management, marketing, and finance strategies and discovered his passion for people strategy. He brought this passion to Ross, launching a women’s entrepreneurship empowerment center in collaboration with a women’s shelter in Cuenca, Ecuador.

Owen explained why he chose Ross for his MBA: “When I expressed my interest in becoming a thought-leader at the untraditional intersection of people strategy and sustainability, other schools told me, ‘We don’t do that here.’ Ross, on the other hand, replied, ‘Chris, how can we help you do that here?’”

His unique passions were recognized by his peers and Michigan Ross faculty.

“Chris Owen is an extraordinary business school student who adds immense value to the business school and to his classmates. He is a learner and a creator, sharing generously with others as he forges new paths at the intersection of business and sustainability,” said Jane Dutton, professor of business administration and psychology.

Owen received numerous awards and honors during his time at Ross, including the Erb Institute Recruitment Award for Sustainability and Erb Institute Impact Project Award. After graduation, he will be working at Microsoft Corporation in Redmond, Wash. 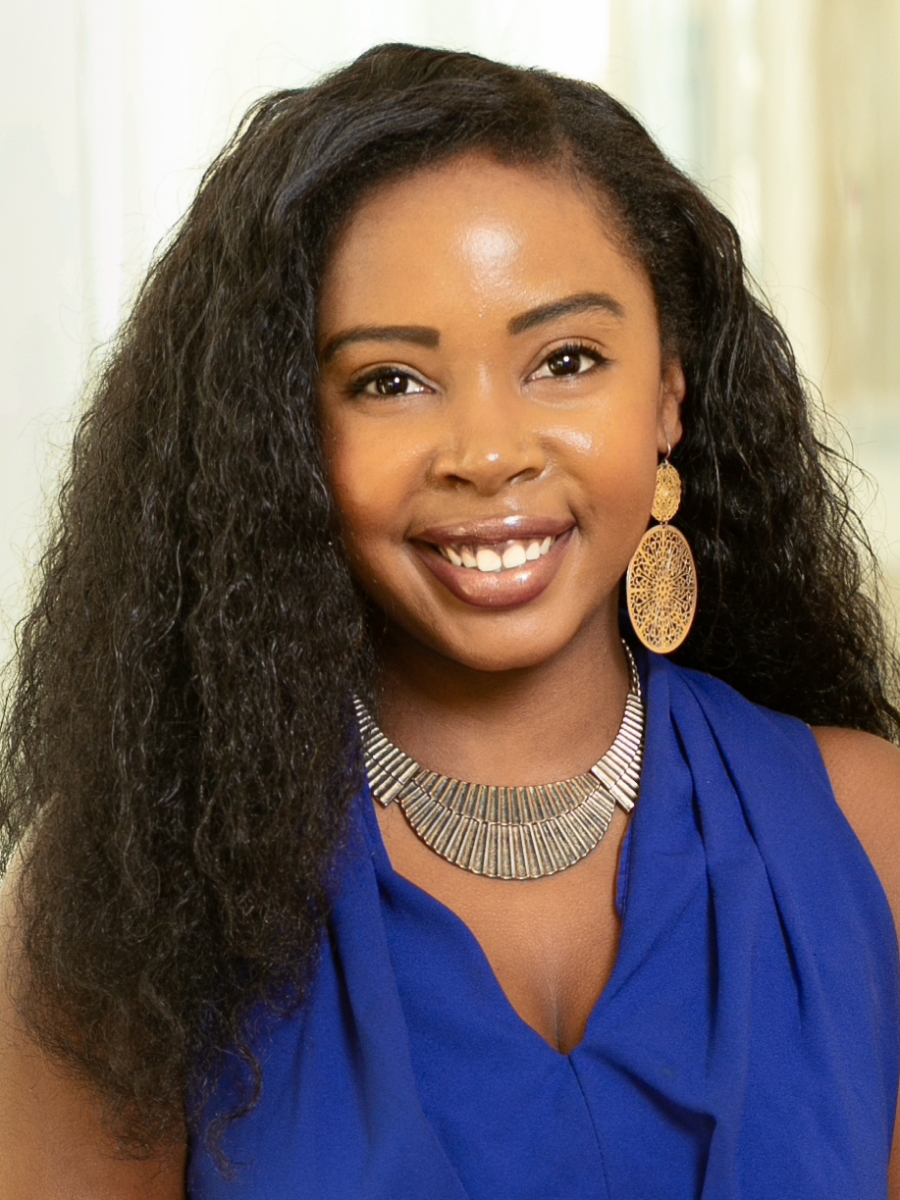 Prior to coming to Ross, Staten was a digital marketing account manager at Verizon, where she was accustomed to managing brands and driving creative development processes. She chose to pursue her MBA because she wanted “to pivot into technology, explore the startup and venture capital arena, and more actively develop my management and leadership skills.”

As an MBA student, Staten was highly involved and held a number of leadership roles in the Ross community, including president of the Black Business Student Association and vice president of diversity, equity, and inclusion for Michigan Business Women.

However, Staten’s proudest moment during her MBA career was the launch of her own startup, Breadless. She describes Breadless as “a premium sandwich shop on a mission to make it easy for people to live a low-carb lifestyle,” whose vision is to be one of the most well-known quick-service restaurants nationwide.

In launching her startup at Ross, Staten said she received strong support from her Ross classmates and was able to take full advantage of resources that the Zell Lurie Institute presented to entrepreneurs such as Dare to Dream and the Founders’ Forum.

“It is extremely rare for a student to participate in one of our student-led investment funds AND launch their own business through our startup programs, but it’s an incredibly powerful combination that allows you to view different perspectives from both sides of the table,” said Sarika Gupta, managing director of the Zell Lurie Institute.

After graduation, Staten will be working at Microsoft as a product marketing manager and continue to serve as co-Founder and CMO of Breadless. Breadless is currently working on opening its first brick-and-mortar location in Ann Arbor.