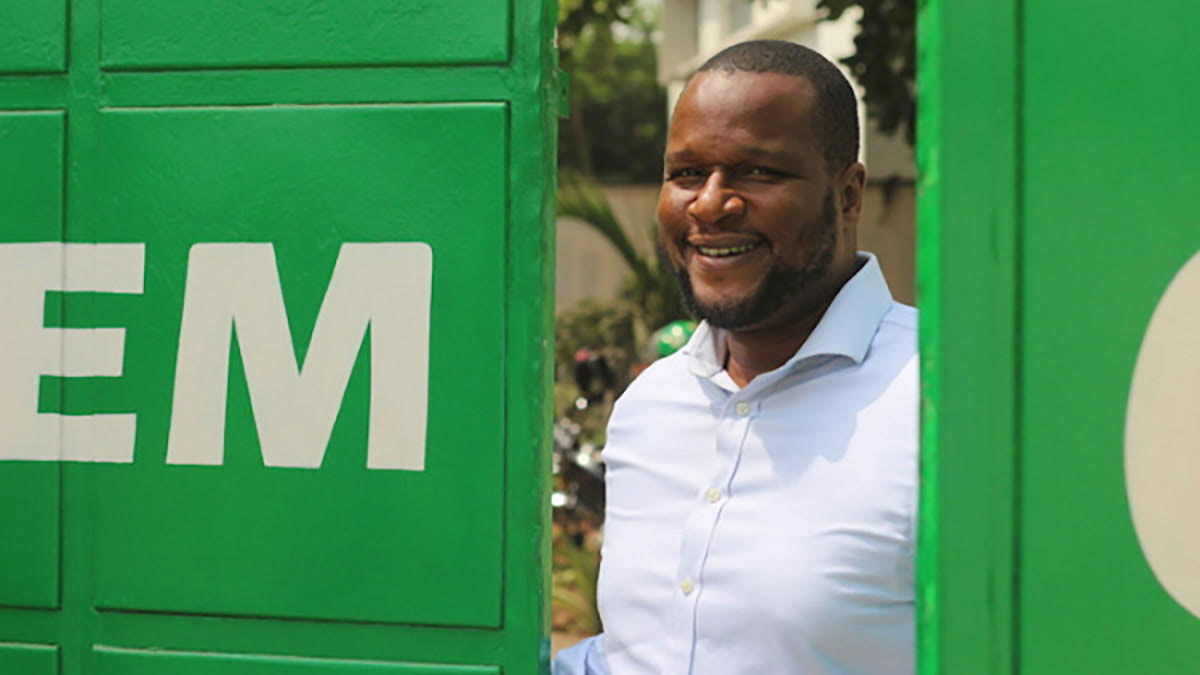 Emeka Ajene, MBA ’14 and founder of Gozem, leads one of the few ride-hailing companies that serve the French-speaking African market.

Born in Lagos, Nigeria, Ajene moved to the U.S. at just six-years-old. He studied math and economics in college, and became interested in business and the internet. After exploring a digital strategy role, Ajene realized that there was still much to learn about the startup world and business operations, which led him to pursue a degree at the Ross School of Business.

After receiving his MBA, he moved back home to Nigeria. Ajene said that making a positive impact is intrinsic to his work, and that he wanted to make a meaningful impact with his skill set there, rather than New York, San Francisco, Chicago, or other American business hubs.

While working in e-commerce in Nigeria, Ajene was exposed to digital platforms and marketplace framework within an African context for the first time. His role at Uber closely followed, where he was responsible for developing, managing, and optimizing the supply side of Uber's Nigerian business.

“What I'm probably the proudest of from my time at Uber is helping to successfully launch Abuja as Uber's 400th city globally and spearheading the use of cash as a payment method,” said Ajene. “At the time, they only offered this option in about eight of its 400 cities, but Nigeria was, and still largely, is driven by cash payments.”

Taking his insights into the competitive landscape of ride-hailing across the continent, Ajene began researching industry opportunities post-Uber. He believed that business models from places like China, Vietnam, and Singapore could be highly applicable to the West and Central African marketplace. After making some of his research public, Ajene and his co-founder, Raphael Dana, connected on this shared ideology.

“From our research, we found that our target markets in Africa today are quite similar to where Southeast Asian markets were a few years ago across some very relevant dimensions,” said Ajene. “Once we identified that, we realized that these Asian markets were largely inefficient, with drivers spending as much as two-thirds of their active time waiting to get customers every day.”

In 2018, Ajene and Dana launched Gozem with a focus on reducing inefficiencies in the personal transportation sectors in West and Central African markets, offering rides via motorcycle, tuk-tuk (motorized tricycle) and taxi car. Gozem is largely inspired by the success of Southeast Asian companies like Gojek and Grab, which leveraged their ride-hailing solutions in that region to digitize society by offering consumers a wide variety of digital services across various verticals.

“At Gozem, we're aiming to build a super-app that not only offers diverse transportation services to consumers in our markets, but that also brings them a full suite of additional digital services like food delivery, parcel delivery, a digital wallet, and more,” said Ajene.

Gozem is operational in Togo and in Benin. The company has completed more than 1 million rides to date, and the Gozem app has been downloaded more than 500,000 times on the Google Play app store alone.