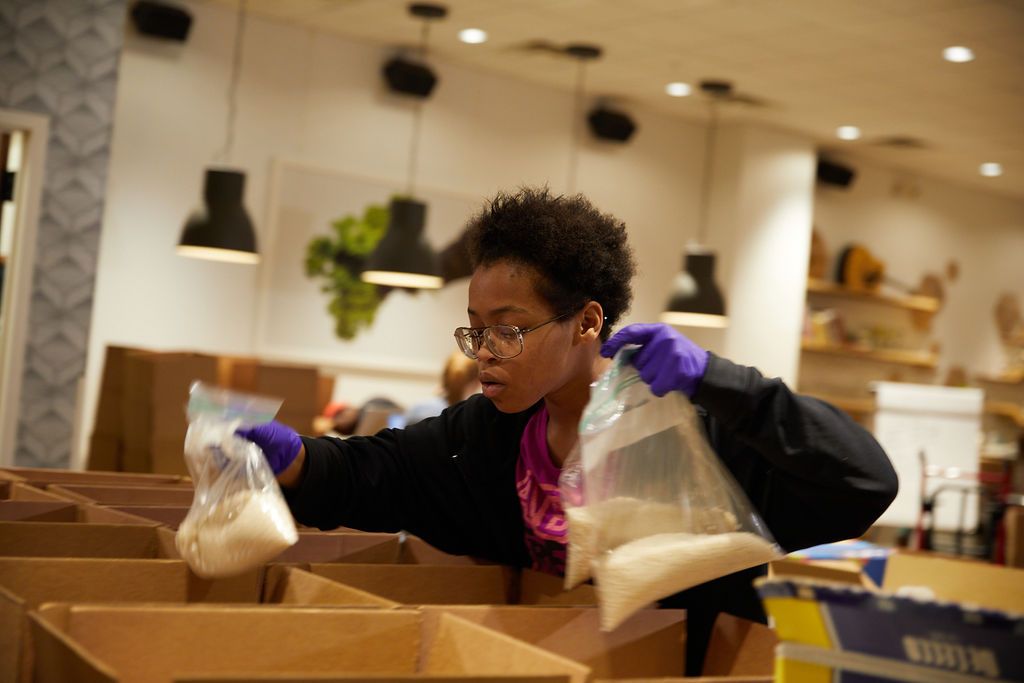 When the COVID-19 pandemic hit, three immediate issues emerged: the loss of access to food support and school programs for at-risk, food-insecure populations; income loss for paycheck-to-paycheck workers; and depleted essential volunteers that provide for these vulnerable populations.

Anurag Jain, MBA ’95, witnessed these crises firsthand as chairman of the North Texas Food Bank’s board. Demand at the food bank surged 50 percent as 35 million people filed for unemployment and regular volunteers disappeared in mid-March. It was then that a conversation between Jain and Patrick Brandt — president of Shiftsmart, an online marketplace connecting workers with employers — came up with a unique partnership between their organizations to provide two critical solutions in one.

That partnership, called Get Shift Done, employs affected hourly workers in the hospitality industry to perform shifts for nonprofit organizations and institutions in need during the COVID-19 crisis. In the two months since its launch in North Texas, Get Shift Done has provided more than ten million meals at more than 60 locations across ten U.S. cities, registered more than 8,500 workers, and raised nearly $7 million to pay those workers. 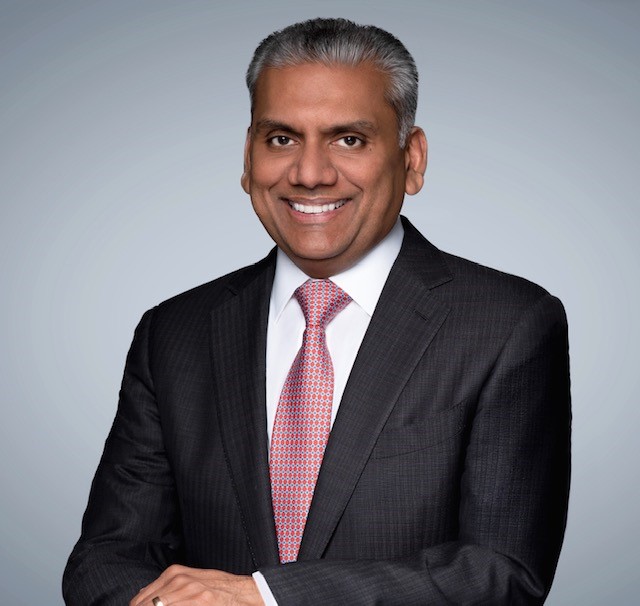 “This is the hardest startup I’ve ever created, but the most successful because of all the people who we’ve been able to give food to and all the workers we have been able to pay wages to,” said Jain, chairman of Access Healthcare and managing partner of Perot Jain. “There are employees that are taking two buses just to get to work at our locations, and seeing how much this work means to them makes all of this worthwhile.”

Growing up in India, Jain saw how hunger can impact people’s daily lives. His own father did not eat enough and was consistently underweight. Yet the issue faded into the back of his mind when Jain came to Michigan to pursue his MBA at the Ross School of Business and live the American dream.

However, after finding success as a serial entrepreneur, the issue hit home again when he was forced to lay off one of his employees in 2010.

“The employee told me that he didn’t know how he was going to be able to feed his children,” Jain recalled. “I was complaining to my wife about how bad I felt as I was stuck in traffic on the way home that night, when I looked up and saw a billboard with a picture of a man who looked just like the guy I laid off. It was a sign for the North Texas Food Bank, and I decided right then to get involved and have been for the last 10 years.”

Jain said he has used every aspect of his Ross MBA throughout his career as a business and community leader, and especially in his work to launch and manage the growth of Get Shift Done.

“We have changed and pivoted everyday. I’ve had to use my knowledge of time management to get things done quickly; skill management in sourcing the right employees; marketing to raise money and inform local cities of our efforts; and more,” he explained. “If you take everything you learn in the MBA program from all the different disciplines across the last seven weeks and multiply it by one hundred — that was this.”

Due to Get Shift Done’s rapid expansion, Jain said he has traveled to different places in order to establish new relationships with cities and food banks around the country. In doing so, he said agility has been critical, which is another important skill he was taught while at the University of Michigan.

“One of the things I’ve learned is that Michigan is different,” Jain said. “We come from diverse environments and we learn to adapt, be flexible, and think on our feet to get things done and be successful."