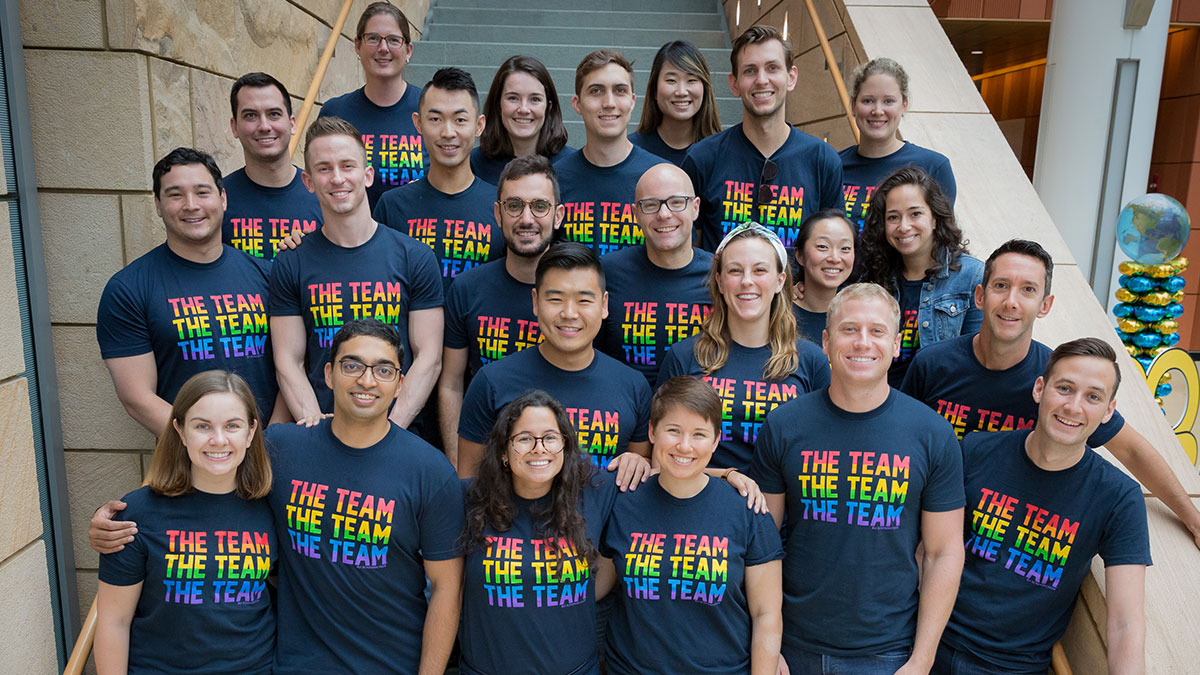 For Pride Month this year, students and staff members from the Ross School of Business participated in a video created by Out For Business sharing Pride history, personal journeys, and allyship commitments in solidarity with marginalized LGBTQ+ communities.

OFB’s idea for the video was originally to showcase the joyous feelings and sense of belonging associated with the month-long celebration in a virtual format, after the pandemic caused the cancellation of Pride festivities across the world, said OFB President Sean Drimmel, MBA ’21, who produced the video.

“Then things changed,” said Drimmel. As June neared, the murders of George Floyd, Breonna Taylor, Ahmaud Arbery, and many others sparked anti-racism protests across the world and calls for change to historic racial inequality.

“It quickly became evident that ‘celebration’ was far from the tone we wanted the Pride video to convey,” explained Drimmel. “As a community as intersectional as ours, and one whose very rights and privileges were fought for by Black Queer and Trans individuals, amplification and solidarity seemed more fitting.”

Drimmel asked OFB members and several Michigan Ross staff members to record responses to four prompts for the video, such as “Pride is a time to remember”; “Pride looks differently this year because”; and “Our community still has a lot of work to do, including.”

The personal stories and sentiments shared in the responses were so good, Drimmel said he had a hard time choosing which cuts to include in the three-minute video.

Drimmel said including Ross staff members in the video was an important way to feature the school’s allyship from an administration perspective alongside the 11 OFB members.

“Pride is a time to celebrate our LGTBQ friends and family, and I was honored to be asked to participate in OFB’s Pride Month video as an ally,” said Soojin Kwon, managing director of Full-Time Admissions and Program at Michigan Ross. “The students’ thoughts, experiences, and commitments-to-action are very impactful and shine light to not only the important history of Pride, but the work that still needs to be done.”

In addition to creating the video, OFB also posted about Pride on social media and offered other opportunities for allyship, including hosting a virtual screening of the documentary “The Life and Death of Marsha B. Johnson,” who was an outspoken Black gay rights activist.

“I am beyond proud to be a part of the Ross and OFB communities, all of whom stand in unwavering solidarity with Black Queer and Trans individuals,” said Drimmel. “I hope you'll watch, listen, and reflect as OFB members share Pride history, personal journeys, and allyship commitments. Happy Pride and Go Blue!”