Co-Creation: A New Way to Think About Business and Society

Technology and connectivity have created a “new normal.” Find out why co-creation is the model companies need to follow.

ANN ARBOR, Mich. — The world has changed dramatically in the past 15 years as connectivity and technology have empowered consumers. But business models have been slower to evolve.

U-M Ross Professor Venkat Ramaswamy's new book, The Co-Creation Paradigm (Stanford University Press), provides a blueprint on how to shift business thinking out of the pre-mobile world to one where the company co-creates value with stakeholders such as customers, suppliers, and employees.

The book, co-authored with Kerimcan Ozcan, PhD '04, is Ramaswamy's third on the subject of co-creation. The idea is that companies engage with stakeholders for innovation in order to co-create personalized experiences instead of merely offering a product or service.

"Individuals have capabilities at their fingertips like never before," says Ramaswamy, professor of marketing and computer and information systems. "They have access to all kinds of information and can communicate with each other instantly around the world. This power shift means companies cannot unilaterally create value anymore. The old models of innovation and value creation are based on the pre-mobile, pre-social, and pre-cloud world."

On one level, it's simply common sense to take advantage of global connectivity and tap all the minds you can for new ideas. But the execution isn't as simple. Neither is breaking from the traditional goods-and-services mindset.

That's where The Co-Creation Paradigm comes in. It outlines the "how" and provides vivid examples of co-creation in multiple industries.

"You first have to change your mindset," he says. "It's a shift in thinking from your perspective to the stakeholder's perspective. Customers and suppliers have knowledge and skills you can tap into. They are more than mere demands but resources and creative capital. Once you understand you have to engage with them and do it continuously, it changes everything about what you do."

Ramaswamy's and Ozcan's paper on the subject, "Strategy and Co-Creation Thinking," was named Outstanding Paper of 2013 by the journal Strategy and Leadership.

The most critical step is to create a platform for continual engagement. That could be anything from a high-tech interface to a low-tech people based system for managing interactions. The point is to create a systematic way to engage people and generate ideas.

"What you find when you build platforms for engagement is that you create new stakeholders, and you need to involve them," Ramaswamy says. "This is why it's important for a company's top leaders to buy into this idea. If they don't, it's hard to scale co-creation."

Ramaswamy first tackled the idea of co-creation with the late Ross Professor C.K. Prahalad and their 2004 book, The Future of Competition: Co-Creating Unique Value with Customers (Harvard Business School Press). He followed that with the 2010 book The Power of Co-Creation (Free Press) with co-author Francis Gouillart).

With the new book, he and Ozcan take the idea of co-creation to a new level — society as a whole. They suggest applying co-creation to think about macro-economic models. They hope it could help alleviate income inequality and boost employment.

"It's not about distributing wealth," he says. "This is not a socialist point of view. We're asking if we, as a society, can co-create ways to expand wealth and preserve the essence of capitalism and entrepreneurship. That means thinking about things like 'investment, investors, and valuation' in new ways, in the age of 'activist' citizens, consumers, partners, and shareholders. Humanization of value and democratization of value creation to co-create wealth, welfare, and well-being in 'win more — win more' ways is still an early idea, but one we should continue to explore and evolve." 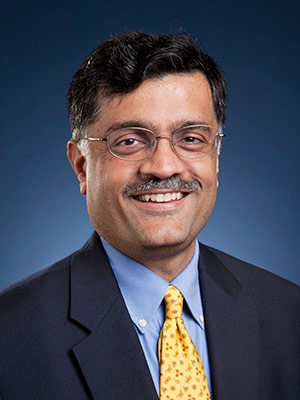