Coaching Up the Coaches

Being a good coach to employees takes more than caring. Prof. Paula Caproni shows how to coach the coaches.

ANN ARBOR, Mich. — Managers are expected to bring out the best in their reports, and an effective way to do that is by coaching them.

It's often assumed that caring about others and putting time and effort into staff development will do the trick. But Michigan Ross Professor Paula Caproni says that's a myth. Coaching a team takes serious thought, planning, and using a framework that's likely to ensure employee development.

"Good coaching helps employees avoid decision fatigue by giving them the boundaries in which they can do their job well," she says. "There's a lot more to coaching than giving feedback and motivating others."

Caproni brings her expertise on coaching and leading teams to the Ross Executive Education Emerging Leaders Program, where she teaches the coaches how to effectively coach employees. This involves outlining a few key steps that research has found to be most effective. They may sound simple, but they're often overlooked.

The first thing a coach should do is provide clear, engaging goals. The effort put into coaching is wasted if employees don't understand the organization's goals, she says.

The next step is to design the work. What are the milestones the team needs to meet? What are the performance standards for each employee? How do you set up two-way feedback?

Part of the design also is follow up and feedback. This means asking employees what's working, and what's not. Ask how you can help, connect them with people who can help them, or ask if they think they need some training that will help them excel in their job or take on a new challenge.

Another tactic for corporate coaches comes from the military — commander's intent. This is a simple, clear instruction, free of corporate speak, to keep in mind once the work begins.

"You can have clear organizational goals and the best work design and think of every angle, but when you hit the ground you really have no idea what's going to happen," Caproni says. "The military uses this idea of commander's intent. It's very simple and direct, like 'Save the mosque.' A complex project especially is going to cause some fog. So it's important to have a very simple statement in mind that people can cling to when they have to make decisions in an unanticipated situation for which there is no clear direction."

Caproni and other professors in the Emerging Leaders Program are guided by the Michigan Model of Leadership, which program Faculty Director Scott DeRue helped develop. 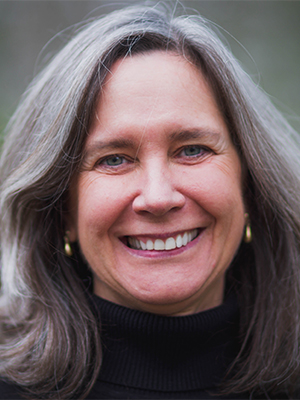