Michigan Ross senior associate dean explains why the wage gap hurts everyone and what we can do about it. 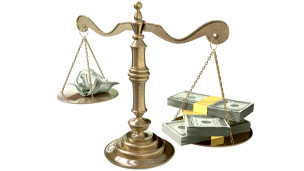 Wally Hopp, senior associate dean for faculty and research and professor of technology and operations at Michigan Ross, shares his thoughts on where income disparity will take us in 2015. Hopp: The top 1 percent of income earners earned 23 percent of pretax income in 2012. For comparison, this number was about 10 percent in 1980, so wage disparity has increased substantially in recent years. The last time it was at the current level was in the 1920s, right before the Great Depression. We have returned to the Gilded Age level of disparity.

Hopp: All signs point to a continued concentration of income and wealth unless there is shock to the economy. What moderated the excessive disparity of the 1920's was the Great Depression followed by World War II. The resulting collapse of the stock market hit the upper 1 percent particularly hard. But, outside of big historical events like this, history has shown a relentless march toward greater concentration of wealth since the advent of the Industrial Revolution. But extreme disparity is socially destabilizing, so history has also shown a tendency to correct by means of violent revolutions. Obviously, that isn't something any of us want to see.

Q: As the gap continues, what are the costs to the U.S. economy?

Hopp: Some of the costs are easily visible. When people on the lower tail of the income distribution lose real income, we wind up spending more to subsidize health care and other social needs. As a society, we pay for this via taxes and deferred investment in infrastructure (e.g., roads that aren't repaired because we lack sufficient tax revenue). But a really big cost of income disparity that is less obvious is the lack of robust economic growth which hurts every person in the economy. Growth in the American economy is driven by consumerism. The larger the disparity in income, the less money is in the hands of those who spend it the most. The bottom 20 percent spend every nickel they get because they need to. That money circulates in the economy very quickly. If you put it in the hands of the top 20 percent, they are going to save it, which means it will circulate more slowly. The result will be slower growth, fewer jobs and potentially a spiral of doom.

Hopp: The best thing you can do as an individual to grow your wages is to get educated. The more mechanical the job you have, the more likely it is to be automated or outsourced. This puts tremendous downward pressure on wages in such jobs. So learning new things you can apply in the workplace is your best defense. But those at the upper end of the income distribution also have a role to play. There are plenty of examples in industry showing that profitable businesses can create good paying jobs or subsistence-level jobs. If we are to maintain a healthy and socially stable economy, we need more business leaders pursuing "good jobs" strategies.

Get more insights into research relevant to your business with Ross Thought in Action. Sign up to receive our bimonthly email newsletter. You can follow us on Twitter at @MichiganRoss.

Scott DeRue on Resolutions Every Leader Should Make

Puneet Manchanda on the Digital Consumer

Jul 7, 2020
How Did 'White' Become a Metaphor for All Things Good?
Jun 9, 2020
Stand for Something, Speak Out, and Take Action: How Businesses Should Approach Today’s Vital Social Issues
Mar 3, 2020
ACA Made Health Insurance Access More Equal But Racial, Ethnic Gaps Remain
END_OF_DOCUMENT_TOKEN_TO_BE_REPLACED 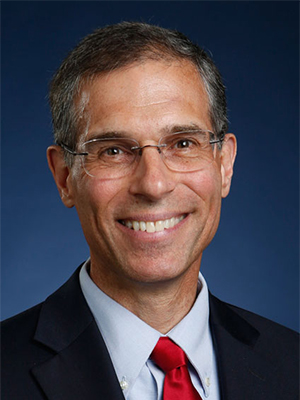