Professor Sarah Miller says some attempts to chip away at the healthcare law have backfired. 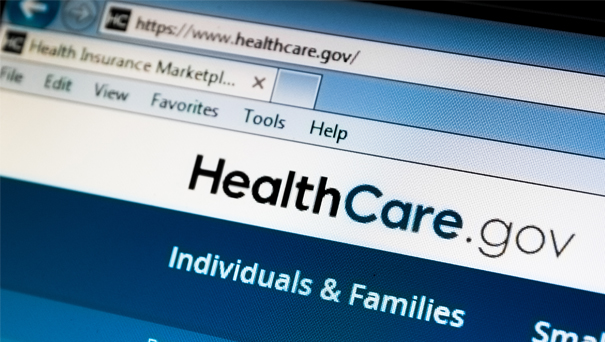 Sarah Miller is assistant professor of business economics and public policy at Michigan Ross. Her research focuses on the effects of healthcare policy and the effects of policy on consumer credit and financial outcomes.

Q: The pace of sign-ups for healthcare.gov remains strong, though the time frame is shorter. Why is interest still high despite attempts to repeal and/or replace the Affordable Care Act and change it around the edges?

MILLER: Sign-ups so far this year have outpaced the number of sign-ups that occurred by the same time last year, despite the fact that the Trump administration cut the advertising budget by 90 percent this year. This is partly due to the fact that insurance companies have stepped up to fill the marketing gap. About 41 percent of people report seeing an ad from a health insurance company during November of 2017 and such advertising has been shown to significantly increase sign-ups. ronically, another reason why more people are signing up has to do with recent changes made by the Trump administration that originally intended to weaken the law. President Trump ended payments promised to insurers to lower deductibles and out-of-pocket costs for low income consumers buying a “silver” plan. As a response, insurers increased their premiums for these plans. But because the subsidies that consumers get are linked to premiums for silver plans, this caused subsidies to go up — creating “zero premium” plan options in many states for subsidized consumers.

However, the open enrollment period has been cut in half this year: It runs from Nov.1 to Dec. 15, rather than Jan. 31 as it did in 2016. Additionally, there is usually a big boost in sign-ups as the deadline approaches, and this may look different this year given the cuts in outreach. This is especially true since nearly 25 percent of voters believe the law has already been repealed! Despite robust growth in sign-ups so far, I would not be surprised if we see that fewer people sign up in total this year once the open enrollment period has ended.

Q: What does the future hold for this law, given that the party in power does not like it?

MILLER: Repeal and replace attempts have so far been unsuccessful, in part because of bipartisan support for some elements of the ACA at the state level. Republican governors of states that elected to expand Medicaid now advocate to preserve these expansions, which are largely paid for by the federal government.

Additionally, the law is enjoying a surge in popularity, with the majority of Americans now holding a favorable view. The repeal and replace debate has helped throw into light some of the more popular aspects of the law, such as the Medicaid expansion and the dependent coverage provisions, that enjoy bipartisan support. Although the law may see additional changes around the edges, I suspect the core elements of the law will survive the Trump administration.

Q: How does this uncertainty impact companies?

MILLER: It was challenging for insurance companies to deal with the abrupt cancellation of the cost-sharing reduction payments. As a result, these companies needed to raise premiums on the affected plans in order to recoup their costs — and this had the effect of increasing the cost to the federal government, since subsidies are benchmarked to these plans. In the end, because of the complicated and interconnected nature of the exchange subsidies, ending the cost-sharing reduction subsidies will cost the federal government more than paying them would have.

Q: Who stands to lose the most if the ACA is repealed or the individual mandate is removed? Who would gain?

MILLER: Repealing the individual mandate will likely further drive up exchange plan prices. In the extreme, the health insurance exchanges may only end up being used by those receiving a subsidy. The beneficiaries will be the relatively healthy or unsubsidized individuals who can go without insurance without penalty — at least, those who do not get hit with a big surprise medical bill.

Lecturer Marcus Collins on what’s next for social media

May 5, 2020
Largest Banks’ Coronavirus-Related Growth Spurt is Unsustainable for Long-Term Future
Apr 29, 2020
’Reopening the Economy’ Poses Substantial Challenges and Risks — And Might Not Help Much Anyway
Apr 29, 2020
Government Actions Essential to Help Overcome Pandemic’s Damage to the Economy, But More Funding May Be Necessary in Future
END_OF_DOCUMENT_TOKEN_TO_BE_REPLACED