Forecast 2018: Social Media Evolves To Help Us Tell Our Stories 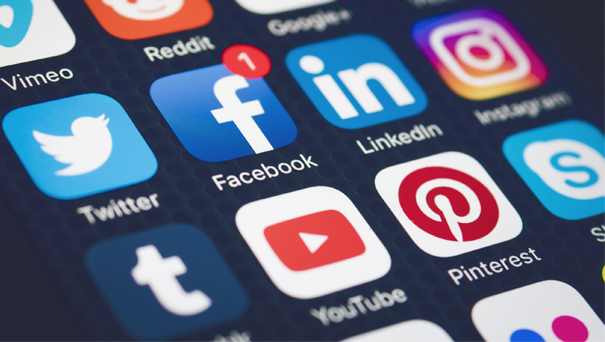 Marcus Collins is lecturer of marketing at Michigan Ross and senior vice president of social engagement at Doner, a full-service advertising agency in Michigan. Previously, he led the social engagement practice across the New York advertising agency Translation, enjoying success with Budweiser’s Made In America music festival, the launch of Bud Light Platinum, the launch of the Brooklyn Nets (Hello Brooklyn!), and State Farm’s “Cliff Paul” campaign.

Q. Are some prominent social media platforms — Twitter and SnapChat in particular — losing their footing? Neither make money, and Twitter is taking heavy criticism from Congress and some users. COLLINS: Social media platforms are certain to ebb and flow. Much like any social environment — bar, club, etc. — people populate them and move on to the next one. It’s not until a platform transitions into a utility that it has real staying power. Facebook, for example, has transcended novelty and now provides immense utility by both being one of the greatest distributors of news and decreasing the natural decay of network ties. Instagram’s filters help photography novices take aesthetically pleasing pictures, which provides a wealth of utility.

In the case of SnapChat, its ephemerality and filters provided the platform great novelty, but once that novelty was exhausted and then copied, the luster started to fade. The platform has also suffered from its inability to seize the momentum it generated early on and convert it to sustainable revenue through ad products. Twitter is an interesting case because it oscillates between utility and novelty, which creates both opportunities and challenges for the platform beyond its business model woes.

Q: Do you see the current platforms evolving or being replaced with something else?

COLLINS: There will always be evolutions, even if they’re marginal. We’ll likely see more platforms integrating virtual reality and augmented reality features as mobile devices continue to adopt the technology. Companies like Facebook and Apple, for instance, are making huge strides in augmented reality so that it’s easier to access and far more applicable to our everyday lives. We’ve seen retail brands like IKEA venture into the space early, integrating the technology in their marketing efforts. And who can forget the Pokemon Go frenzy?

As the barrier to entry into these technologies reduce for consumers, it will increase the likelihood of adoption. But that doesn’t necessarily guarantee that it will stick.

Q: Do photo/video platforms have an advantage, or are people still content with text? For example, Twitter doubled its character count.

COLLINS: Photos and videos are powerful storytelling vehicles, and as storytelling animals we humans will always gravitate toward stories. So while Twitter doubled its character count, it also has made it easier than ever to add gifs and emojis to Tweets. The winning platforms will be the ones that enable the best and easiest ways to tell stories.