Gender Discrimination in the C-Suite 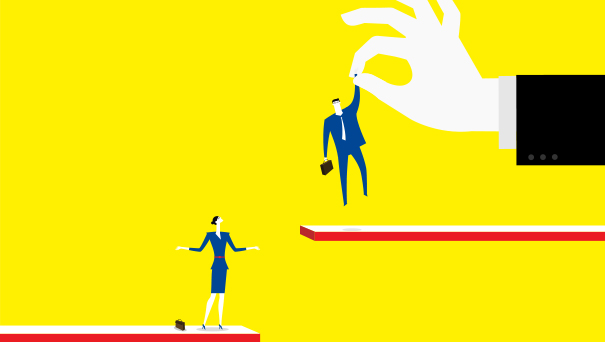 Sometimes an article or discussion can spark a research idea, or connect the dots from a body of work that forms a clear picture.

The latter is how Michigan Ross Professor Jim Westphal reacted to an Economist article suggesting women executives don’t manage differently, or any better, than men. The article argues that lumping women together obscures the differences between individuals.

While that may be true, Westphal says the premise ignores an important aspect of gender dynamics. Quite simply, gender provides a basis for discrimination. No one study should make sweeping statements about gender, but Westphal’s body of research shows that intergroup bias — which includes the tendency to overgeneralize about members outside your group — is preconscious, pervasive, and negatively affects women executives. In this Q&A Westphal, Robert G. Rodkey Collegiate Professor of Business Administration and chair of strategy at Ross, talks about his recent presentation at the Academy of Management meeting in which he provided an overview of his research showing just how gender dynamics play out in the c-suite.

What was it about this article that led you to connect the dots on your own body of research?

Westphal: It wasn’t that the article’s conclusions were necessarily wrong. My issue is that the article distracts attention from the most important way gender matters in the upper echelons – by providing a basis for social discrimination. The Economist is less concerned with social issues and more with economic, but in this case the social influences the economic.

Just how does the social influence the economic?

Westphal: One implication is that women have to be better qualified than men to achieve the same position. As a result, they may be “better” than men on average in terms of qualifications, and yet they may also be handicapped in their ability to be effective leaders.

What leads you to that conclusion?

Westphal: My research provides quite a bit of evidence. For example, some of our findings suggest that women leaders receive fewer benefits for their performance. Ithai Stern and I found that women receive less credit than men for contributions to strategic decision making. They need to provide higher levels of advice and input to the CEO to have the same chance of receiving a colleague’s recommendation for a board appointment at another firm. Another study I did with Poonam Khanna found that women board members are more likely to receive social sanctions for behavior that runs counter to the status quo. This would be things like proposals to increase board independence and reduce the CEO’s power. When women participate in these initiatives they’re less likely than men to be invited to informal board meetings and their input was solicited less often in formal meetings. It also had a more negative effect on a woman director’s chances of being recommended for another board appointment compared to a man who exhibited similar behavior.

What about when it’s a woman CEO, as opposed to one member of a larger board?

Westphal: We found similar issues. My research shows women CEOs receive less help and less professional support of various kinds from CEOs at other firms. After we controlled for the strength of personal relationships and other factors, male CEOs are less likely to provide strategic help to women CEOs, including advice on strategic issues and personal referrals to third-party sources of counsel.

We also have evidence that women CEOs receive more of the blame for negative company outcomes — both from peers and external sources — than men in the top job. Sun Park and I discovered women CEOs are less likely to receive impression management support from other CEOs. For example, fellow CEOs are more likely to attribute low company performance to women CEOs than male CEOs in their comments to journalists, especially when the women CEOs have other indicators of social status. So while status in a high office helps insulate men from harm to their reputation it increases the risk for women.

We have more women in high positions now, though there’s a long way to go. We have women running leading business schools. Why does this pattern of discrimination persist?

Westphal: For one, intergroup biases are difficult to overcome. They’re latent and systematic. Second, The Economist and other business publications devote less attention to this issue than they should, partly because it’s not popular with most of their readership. Also, perhaps partly because they are implicated in the social discrimination. The media is part of the system that turns psychological biases into social harm for women leaders in the form of damage to their reputations. Not surprisingly, the media was much more interested in my research on CEO compensation, board independence, and CEO influence over security analysts than the research on gender bias that results from CEO influence over journalists.