The High Price of Lower Demand 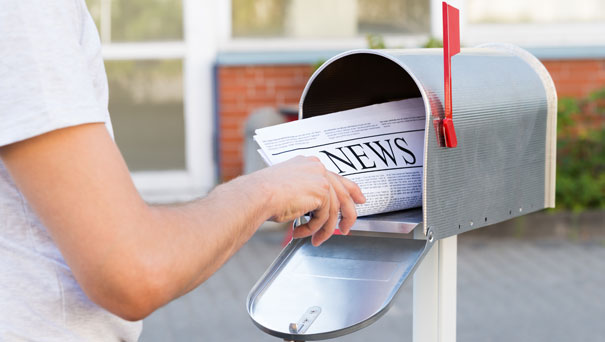 Newspaper readership has been in a freefall —-- between 2006 and 2011, print dailies lost 20 percent of their paid subscribers thanks to wide access to other news sources.

So what did publishers do in the face of this lower demand? Raise subscription prices.

Though it may seem counterintuitive it’s the right move, according to new research by Michigan Ross Professor S. Sriram. That’s because newspapers also rely on advertising revenue, which also is declining.

This two-sided market is what makes pricing more dynamic when demand shifts, Sriram says. He and his co-authors —-- Adithya Pattabhiramaiah, a Ross PhD graduate and professor at Georgia Tech’s Scheller College of Business, and Shrihari Sridhar of Penn State’s Smeal College of Business —-- developed a model that explains the rationale behind the counterintuitive pricing by publishers.

In the past, as much as 87 percent of newspaper revenue came from advertising. Now, it’s about 65 percent, Sriram says.

When publishers could charge high advertising rates, it made sense to prop up readership to justify those prices. With more balance between the two revenue sources, it doesn’t make sense to sacrifice subscription revenue.

The nature of newspaper readers also has changed to a more loyal, hardcore audience that’s less price sensitive, according to the research.

“Newspapers are becoming a niche product, and what they’re doing now with pricing makes sense,” Sriram says. “We find they’re pricing optimally for the most part. In the previous world what they did was optimal. The industry is changing a lot, and we want to understand what’s driving the changes.”

Their pricing model could also be applied to other two-sided markets —-- ones that rely on both advertising and fee revenue, or ones with buyers and sellers. For example, credit card companies want more merchants to accept a credit card so more people will use it. Dating websites want to attract both men and women.

“By studying what happened with newspapers we might be able to understand other markets with similar conditions,” he says.