Investing in Impact: Making the Case for Patient Capital

Social investing is a nascent sector, full of questions. But Prof. Gautam Kaul shows how to start answering those questions.

That the idea itself has more than one name underscores the challenges facing an industry that seeks to invest in and grow companies that measure wealth both by profit and the ability to solve social problems. This relatively new sector in the venture capital world is trying to redefine the very mission of capitalism.

The idea is that for-profit companies should be judged by more than one bottom line. But who defines those more intangible bottom lines? How do investment firms discover startups worthy of investment? How does social investing raise funds when it's still in a no-man's-land between philanthropy and traditional venture capital?

Those questions are probed through the lens of San Francisco-based impact investing firm Good Capital in the case study Good Capital and the Emergence of the Social Capital Market. Supervised by Michigan Ross finance professor Gautam Kaul and written by Lauren Foukes, BBA '06/MBA '12, the case won fourth place in the 2011 NextBillion Case Writing Competition.

Social investing is a relatively new idea, especially in the United States, and those involved in the industry have to lay the foundation for their own ecosystem, says Kaul, the John C. and Sally S. Morley Professor of Finance. Leading experts need to set standards—especially on how to measure and value social impact—and need to establish a regulatory framework in the U.S., where the law usually favors the primacy of shareholder value.

"The case gives the big picture of what every new venture in this space needs to do," he says. "You have to create an infrastructure where social entrepreneurs can thrive. For example, one of the best things capitalism gave us was the stock market. That didn't happen overnight."

Foukes was drawn to Good Capital and impact investing in general because she thinks this approach will play an important role in capitalism's future.

"The nonprofit model, which relies on donations and philanthropy, isn't going to be enough to solve the problems we face," she says. "Other countries with bigger social problems realize this. The insight we get from abroad is that people will pay for some basic social services and that generates a revenue stream. I think people here realize there are models that can serve some of these social needs and they can be self-sustainable. When they're self-sustainable, the philanthropic dollars can go elsewhere, where they're actually needed for ventures that will never be self-sustaining. We can harness the power of capitalism and scale to take ideas with social impact and make them bigger."

But for now, the industry faces some challenges.

For one, most social investment capital goes toward the growth stage. Startup funds are harder to come by, which begs the question of how companies even reach the growth stage. Many foundations and nonprofits shy away from the for-profit world and many seed investors are concerned about returns on a company that concentrates on more than profit.

There's also no easy way to determine the effectiveness of a company's social mission and, importantly for impact investors, how to value it.

Good Capital has addressed the challenges in different ways. It founded the SOCAP conference to increase education and awareness about the industry and built, under license, Hub Bay Area, a community space were social entrepreneurs can use offices to meet with each other and potential investors. The case invites readers to put themselves in Good Capital's shoes and decide the best path for the firm's growth—building more Hubs, expanding the SOCAP conference, or establishing a second investment fund.

As Good Capital investment manager Wes Selke, BBA '99 explained during a recent visit to Kaul's Impact Investing class, the firm has pursued all three avenues. But Kaul wants students and readers of the case to consider the kinds of problems those entering the social investing world face.

"My biggest hope is that people don't think narrowly about social investing," Kaul says. "Creating impact, especially social impact through business, is something you can't do just with money, or just with an idea, or just with laws, or just with a market focus. You have to do all of the above and it has to be integrated into the fabric of what you're doing. The main idea is to recognize this challenge." 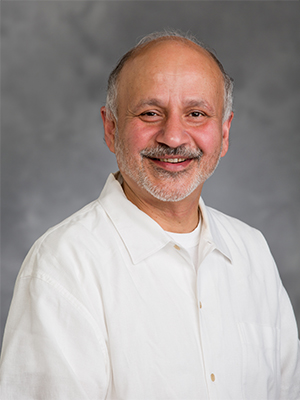 Jan 26, 2018
Intimidated by Finance? Ross Professors Have a Cure for Managers Who Need to Deal with Numbers
Feb 17, 2016
Understanding Positive Business: Value vs. Profit
Jan 12, 2012
Investing in Impact: Making the Case for Patient Capital