Shifting to a proactive legal mindset can be a big competitive advantage. Prof. George Siedel explains.

ANN ARBOR, Mich. — If you mention lawyers and the law to some managers, the first things that come to mind are litigation, regulation, and risk mitigation. But it doesn't have to be that way. The law can be a source of competitive advantage when managers shift from a reactive mindset to a proactive one.

Ross professor George Siedel and co-author Helena Haapio guide managers through that transition in their new book, Proactive Law for Managers: A Hidden Source of Competitive Advantage (Gower). The authors provide practical tools that allow executives to take a holistic approach when dealing with legal issues rather than waiting for problems to arise. They illustrate ways in which savvy companies can design contracts and contracting processes to reduce costs, minimize risks, and protect intellectual property.

In the following Q & A, Siedel, the Williamson Family Professor of Business Administration and Thurnau Professor of Business Law, explains how the law can be used to innovate, create value, and outperform the competition. Co-author Haapio is international contract counsel for Lexpert Ltd. in Helsinki, Finland, and a leader in the proactive law movement in Europe.

First, could you define proactive law?

Siedel: Proactive law contrasts with the traditional approach that involves managers reacting to legal problems. The proactive approach includes two elements. One is a preventive approach — trying to prevent future legal problems. The other is a more positive approach, which calls for looking at legal problems as business opportunities. There's an analogy that relates to the medical field. Let's say I have malaria. Going to a doctor for treatment would be a reactive approach. A preventive approach would include my using netting to prevent the mosquito bites that cause malaria. For a more positive approach, I might try to eliminate mosquitoes by draining fields. Addressing the underlying problem might, in turn, create other opportunities in addition to preventing malaria, such as developing arable land. Preventive and positive strategies are the two parts of the proactive approach that are missing in business to a large extent.

You outline a four-step plan for managers, the first of which is that they understand the law, at least as it applies to their business. But the law is very complex, which is why we have lawyers. What's an effective way to get the knowledge and how much is enough?

Siedel: The law is very similar to the other functional areas that are studied in business school like marketing and finance. With each of those areas, you could say, 'Why not leave it to the specialists?' To some extent, the manager has to do that. The manager can't be a specialist in every functional area. But there are certain fundamentals in law, finance, and marketing that every manager should understand. How do they obtain that knowledge? They first build a foundation through core courses in MBA and BBA programs. Then they build on that foundation through practice and company-sponsored training. Many leading companies have strong in-house training programs or use association programs that provide managers with legal information that's industry- and business-specific.

For the companies that do that training, is that an example of the proactive approach?

It sounds like a large part of what you're advocating is a change in mindset. In the book you used the hairdryer example: Instead of complaining about customers using this device for things other than which it was intended, smart companies should see people clearly need something like a hair dryer for other uses and should build a device to meet those needs. Could you outline some strategies for shifting your thinking?

This shift in thinking is a team effort involving both lawyers and managers. One of the challenges I hear constantly from managers when I teach in our executive education programs is that too often key business decisions are made by the lawyers. What is required first is a change in corporate culture so that the lawyers are not making management decisions. Second, it requires a knowledgeable manager who understands and can implement legal strategy as a part of corporate strategy.

For example, a new product manager told me his team would often work for weeks and months on a new product concept, but when they brought it to legal the response they got was basically, 'No you can't do that.' Managers secretly began referring to legal as the 'department of sales prevention.' Then a new CEO arrived and completely changed the corporate culture. He realized what was happening and he told the lawyers point blank, 'Your role is not to make decisions. We'll decide what we can and can't do. You can discuss with us the legal issues and explore certain alternatives but we'll make the decisions.' From that point the lawyers worked as part of the team, but with the managers making the decisions, not the lawyers. So I think the corporate culture is a very important aspect that enables this to happen.

I recently received an email from one of my students who was aware of this corporate-culture issue. His marketing team had developed a new marketing plan and took it to the legal department, which said, 'No you can't do that,' and didn't present any options. Realizing that a change in corporate culture was needed, his team fought back and said, 'We're going to do it anyway, using the lowest-risk legal option.' This is what it takes sometimes to change the corporate culture.

One well-known legal minefield is the hiring and dismissal of employees. What are some ways to use this proactive approach in that realm?

Siedel: A couple of ways immediately come to mind. In the United States we have something called employment at will, which basically means you can be fired at will. This raises some great opportunities to use law for competitive advantage. The competitive advantage here is a company's ability to attract and retain the best talent. That's the key issue that becomes overlooked when companies focus too much on legal concerns. The concern is not the legal issue of employment at will but, instead, how you get the best talent. One way to create an attractive work environment is to be honest when dismissing an employee. Companies are often paralyzed by fear of litigation when they fire someone. They won't state reasons for the dismissal because there are legal risks. But if they manage by fact in their communications within and outside the company, the risks are greatly reduced and they can create an environment of trust.

An even stronger example: Even though companies have the ability to fire at will, using that legal right can destroy trust within the company and harm the ability to hire the best people. This can be countered with guaranteed employment. A classic example is Lincoln Electric, a successful manufacturer of welding equipment in Ohio. They began guaranteeing employment back in the 1920s. That has been a marvelous draw for the best talent. Rather than the cycle you see in other companies of laying people off during a downturn and then hiring, recruiting, and training when business picks up, and then repeating the process, Lincoln Electric is able to retain the best people. Now if there's cause for dismissal, if you don't perform, you're out at Lincoln Electric. The employment guarantee doesn't apply to slackers. So the lesson is to take the big-picture approach. Don't get lost in the legal rules. What's the business objective? If the objective is to hire and retain the best talent, giving up your ability to fire at will might make sense.

One issue that's been a hot button as businesses grow internationally is protecting intellectual property. Doing that in some countries is easier than others. What are some proactive strategies to prevent IP leakage?

Siedel: That's a tough question that has no magic-bullet answer. Fundamentally, if you're in a country that doesn't respect intellectual property rights you have a problem. You probably can't solve it completely without changing the country's law enforcement, but what you can do as a manager is be aware of the different intellectual property options. For example, using a patent option requires public disclosure, so you might use a trade-secrets option instead, which is something many companies have used successfully over the years. Coca-Cola is a good example. You keep your formula secret within the company. Along with selecting an appropriate legal option, if I'm moving into a country that doesn't respect intellectual property rights a top priority is to find a reliable partner in the country. I want to develop incentives so the partner also has reason to protect our mutual intellectual property.

Why do managers seem to leave law to the experts more than some of the other functional areas?

Siedel: When I mention lawyers, the legal system, and regulation to managers, a negative image often comes to mind. They have difficulty thinking about the law as a positive force. They're not thinking of it as a source of competitive advantage, which they should be. Let's assume for a moment they're correct. I'm not saying they are, but let's assume that law is an obstacle or burden on a business. Your competitors face the same obstacle or burden that you face. So the companies that best deal with that obstacle or burden are going to have a competitive advantage. Because law is complex, it takes some basic understanding by managers for this to work. This is actually good news because it means that law is a sustainable source of competitive advantage. It's not easy to imitate. It's not easy for other companies to use the law in this manner, so it's a significant long-term resource. That's the good news for the companies that get it, like Lincoln Electric.

Why is it hard to imitate? Can't a competitor copy a policy?

Siedel: They can, but doing so would be superficial and unlikely to achieve desired goals. Just as important as policy is a manager's underlying attitude toward the law and law-based strategic opportunities. There's also something called frame blindness at play here. You and I look at the world through certain frames that enable us to deal with complexity and uncertainty. One way to look at business operations and decision making is the legal frame. Using this frame, people think, 'Ah, this is a legal issue' (such as the ability to fire employees under the employment at will rule). In so doing they overlook the more important business issue, which is attracting and retaining the best talent.

Another factor that comes into play — and this just isn't in law but every aspect of business — is that studies have shown people spend 87 percent of their time reacting to problems and only 13 percent of their time learning from their experience. So if a company is involved in litigation, they'll spend most of their time focusing on the case. After the litigation is over will they will rarely reflect on learning from the case to change their business operations. They want to forget about the litigation when it's over and move on to other concerns. The last thing they want to do is keep talking about it. But that discipline is what distinguishes companies and is also why the legal aspect of corporate strategy is difficult to imitate.

Basically, you advocate integrating the legal department into the company in a different way than many companies do.

Siedel: Absolutely. The traditional image of lawyers had a negative focus — controlling risk, being gatekeepers for determining new ways of doing business, and for making decisions. The new image portrays lawyers as part of a team with managers, as gateways to new opportunities, as enablers rather than people who say no. Understanding that legal resources are important to business success, savvy managers should welcome the opportunity to tap this hidden source of competitive advantage. 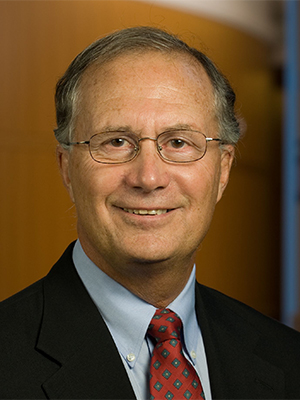