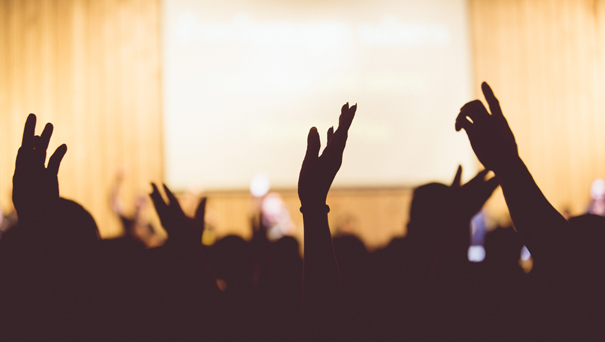 Joel Osteen, the senior pastor at Lakewood Church in Houston, has came under fire as reports surfaced that his megachurch closed its doors to citizens seeking refuge in the aftermath of Hurricane Harvey. The author of seven bestselling books with viewership of his weekly sermons in the tens of millions, Osteen, on a public relations tour, stated that his church has always been open to those in need.

For millions, Osteen’s positive message around self-determination, love, and the goodness of humans is inspiring. Whereas many religious leaders focus on sin, his uplifting message about the best of the human condition has undoubtedly connected millions of people to his faith.

Given Osteen’s tremendous popularity, non-preachy, and optimistic orientation, why has he been lambasted on social media in the wake of the Hurricane Harvey tragedy?

To understand this backlash, it is important to understand one of the core bases of his success and perhaps the most controversial part of his approach — a focus on “prosperity gospel.” Prosperity gospel proposes that pious individuals who follow the sacred text are more likely to be rewarded with material gain. With a net worth of over $50 million and the owner of an eight-figure mansion, Osteen is unapologetic for his financial success.

Why is this so disconcerting to people? After all, the Floyd “Money” Mayweather vs. Conor McGregor fight generated $700 million in pay-per-view revenues, and Mayweather earned over $200 million for this single fight. A man who has a long history of domestic violence, and who values materiality so much that his nickname is “Money,” still had 6.5 million people pay for his fight on television. Why does Osteen get backlash while Mayweather largely avoids criticism?

Classic psychological research by Phil Tetlock on “taboo trade-offs” provides a compelling answer. Certain values, no matter how much the cost, should never be compromised. It is not acceptable to exchange these “sacred” or “protected” values for something secular, such as economic gain. In a series of studies, Tetlock and his colleagues found that when people monetized sacred values, (for example, paying for a child to become a U.S. citizen, or to eliminate a jail sentence), it was met with moral outrage — not unlike the outrage Osteen has experienced this week.

One explanation for the importance of protected values is that they help provide needed structure for society. If there are no values that are so important that they are universally agreed upon by people in a society, then it is hard to establish laws, rules, and norms to enforce desired behavior. Another explanation is that these values that cannot be traded off for economic gain provide a meaningful function for people. They remind people that there are transcendent values that are greater than any one person and provide useful perspective.

The powerful backlash against Osteen makes sense when thought of through the lens of taboo trade-offs. He takes something that is sacred — religion, the Bible, and the word of God — and monetizes it. Many people believe that faith is an end in itself and that suggesting that God wants someone to be successful, including wealth, is profane. In contrast, Floyd Mayweather is a boxer, and is not held to the same standard of moral authority as a clergy. Boxing has no inherent value like religion and thus there is no trade-off.

In our market-driven capitalistic society that is increasingly accepting of economic explanations for upholding values, many people are looking to uphold values for their own sake. Like all people, Joel Osteen is not perfect. But be clear that the hater floodgates did not open because of Harvey; they were ajar from prior perceived taboo trade-offs.

Dec 7, 2020
A Biden Business Agenda: Finding New Solutions on Sustainability
Dec 3, 2020
A Better Way for Billionaires Who Want to Make Massive Donations to Society
Nov 19, 2020
How to Overcome Your Reluctance to Ask For Help at Work
END_OF_DOCUMENT_TOKEN_TO_BE_REPLACED