Q&A With Kim Cameron, Architect of the Competing Values Framework

What kind of work culture do you have? Can you measure it and make sense of it? Prof. Kim Cameron explains how.

ANN ARBOR, Mich. — Years ago a couple of Michigan Ross faculty were looking for a quantitative way to answer an important question: How do you know if an organization is effective?

Their investigations led them to develop the Competing Values Framework, a research-based framework that explains how companies and employees balance the opposing and contradictory demands that all organizations experience.

This framework lies at the core of the Ross Leadership Model and serves as the guiding framework for the Ross Executive Education Program Management of Managers. This program helps leaders diagnose and improve both their company's culture and their own leadership strengths and weaknesses.

As U-M Ross Professor Kim Cameron explains in this Q&A, figuring out your company's culture and aligning it with your competencies is just half the battle. Great leaders figure out how to use all four values in the framework. Cameron, associate dean of Executive Education, teaches in the Management of Managers program and, with other Ross faculty, helped develop the Competing Values Framework.

Talk about the research behind Competing Values.

In the early 1980s, we were doing research on the question, "How do you determine if an organization is effective?" We looked at all the criteria and indicators, and they turned out to aggregate into four clusters. Then the question became, how do you make sense of these four clusters? As it turned out, one cluster focused on collaboration and teamwork, whereas another cluster focused on aggressiveness and competition. These were opposite or competing in their emphases. A third cluster focused on control and predictability, whereas a fourth cluster focused on innovating and change. Again, these two clusters were opposite or competing. We found that most organizations are dominated by one or two of these quadrants. That's important because most of the time, it's hard to recognize or define culture. This framework gives people a language and acts as a device to make sense of something hard to recognize.

Why is it important to recognize an organization's culture?
If my organization's culture is dominated by a focus on control and stability, then the type of person who will rise to the top will be focused on efficiency, stability, and internal processes. If my organization is dominated by a focus on creativity and change, then the kinds of leaders who will be most successful will be risk takers, creative problem solvers, and entrepreneurs. It's not about style. Everybody has a personal style, but style doesn't predict performance. It's competencies that predict performance. This matching of leadership competencies and organizational culture is called the congruence hypothesis.

If your company's culture is dominated by one or two of the values, should you focus solely on them?
No. The best leaders in any organization, the ones who tend to make the greatest contributions, have at least average competency in all four areas. One or two may dominate, but they are rated by their peers, superiors, and subordinates as having some competency in each of the four quadrants of the framework. They know when to deploy them. They know when to keep things under control and maximize efficiency, and when it's the right time to break rules and be innovative. They know how to build and motivate teams, and how to get tough, if necessary. Years of research has confirmed what is called the paradox hypothesis — simultaneous emphasis on contradictory quadrants.

How do you get up-and-coming executives and leaders to apply this?
In the Management of Managers Program, we begin by sharing the empirical evidence that proves what we're saying is credible and valid. We show why the Competing Values Framework matters and why congruence and paradox matter. That is, we are data-based and rigorous, not merely reliant on opinions or folk wisdom — which is an advantage of university-based executive programs. We provide participants with a 360 instrument to diagnose where they are strong and less strong. We spend a day on each value, giving them practical tools that can help them improve. We help participants measure their organization's culture so that they can determine the most important competencies on which to focus. Of course, we want participants to be competent in all four values, so we push them outside their comfort zones. That's how they become extraordinary leaders. We also build action-based learning into the program, so they can learn by doing. We engage in activities that go beyond theory, and let them practice what they've learned. That way they get more feedback and can further strengthen their competencies. Finally, we follow up with them after the class. We get them to make serious commitments, then we follow up by making it easy to continue, and uncomfortable to stop.

Why is this kind of knowledge important beyond leadership? What are some real-world problems it can solve?
Let's take one high-profile example. A high percentage of mergers and acquisitions fail, and they fail for two main reasons. Number one is that technical processes such as IT don't match. But number two is that the cultures don't match. Companies usually assess the first thing in due diligence, but they normally don't measure culture. Why not? Because culture is something that's invisible. I didn't wake up today and say, "I think I'll start speaking English." You don't recognize culture until you systematically assess it. The Competing Values Framework is a way to measure culture and to make it manageable. When people come into the program, they are often making sense of their own culture for the first time. That's why this is so important. It is the most reliable framework in the world for measuring culture. 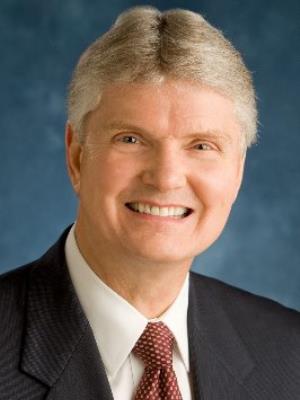